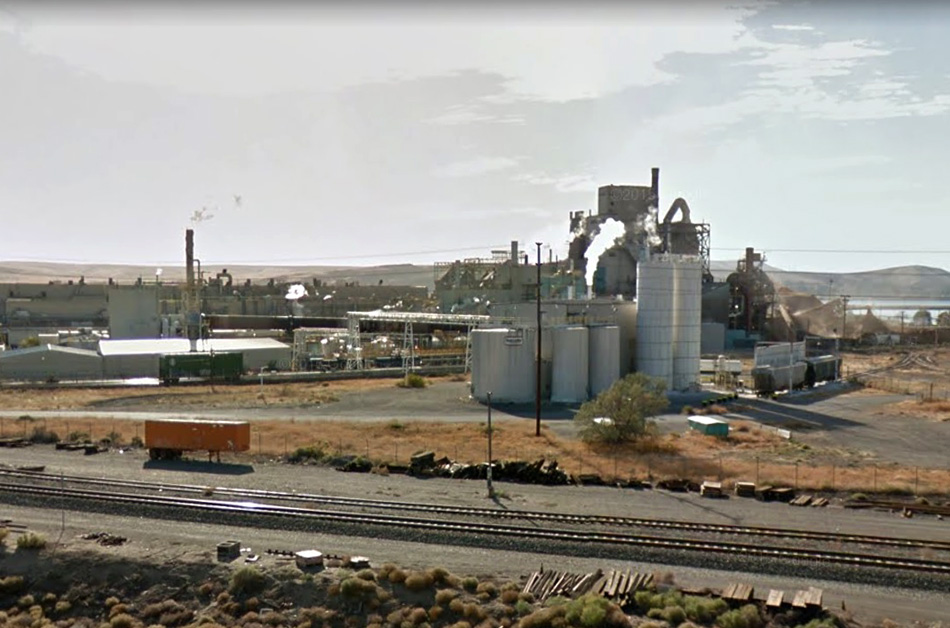 Packaging Corporation of America will add 350,000 tons per year of OCC pulping capacity at its Wallula, Wash. mill. | Google Earth

Packaging Corporation of America will begin consuming OCC at a mill in the Pacific Northwest, citing customer demand, feedstock availability and cost savings.

The OCC project was approved at the company’s board of directors meeting in August and announced during an Oct. 24 earnings call. A transcript of the call was also published by Seeking Alpha.

“We’ve identified our sources and we expect to have that project on-line by the latter part of next year,” said Mark Kowlzan, CEO of Packaging Corporation of America (PCA), on the call.

The recycled fiber line will give the company “the ultimate fiber flexibility” in Wallula, where virgin fiber input costs are relatively expensive, Kowlzan said. “So we’re going to take advantage of the availability of the OCC and take advantage of it on the machines,” he added.

A company spokesperson declined to disclose the price of the investment.

PCA joins at least 15 other U.S. paper mills with current or recent projects to increase their intake of recovered fiber.

PCA will source 1,000 tons per day of OCC from external suppliers – unlike other fiber giants such as WestRock, Sonoco and Pratt, PCA does not have its own collection and sorting division.

The Wallula mill will source OCC from all over the region, Thomas Hassfurther, executive vice president of PCA, said on the earnings call. He said supply will come from anywhere from the Pacific Coast to the Intermountain region, which generally refers to Nevada, Utah, and parts of Arizona, Colorado, Idaho and New Mexico.

Although the OCC line may prove to be a significant market development for recycling programs in those areas, they shouldn’t get their hopes up for greater mixed-paper demand from PCA. The company doesn’t use mixed paper and has no plans to do so any time soon.

With mixed paper, Kowlzan said, the fiber quality is nowhere near the level of OCC, kraft or double-lined kraft grades from a strength point of view.

He also noted mixed paper can be a dirtier grade to handle.

“The contaminant level is significantly worse, traditionally, unless you’re getting sorted office paper,” he said. “But again, the overall performance characteristics are much lower than traditional containerboard fiber furnishes.”

Mixed paper can be used in “very limited applications,” he said.

PCA also doesn’t have plans to up its recovered fiber use at other mills, Kowlzan said. In a previous earnings call the company stated that between 15% and 18% of its fiber in containerboard mills comes from OCC.

“Once [customers] get the education and understand that in order to run this closed-loop system that we have, it has to start with virgin, everybody understands that,” he said. Customers are often more sensitive to product performance, quality and cost effectiveness, he said, than they are to their desire for 100% recycled content.

“They understand that, if all customers said that, we wouldn’t have a system anymore of closed loop,” Hassfurther said. “That material degradates very fast over a period of time.”

Company leaders have repeatedly stated they won’t compromise the quality of their products for cheap recycled fiber feedstock.

“We’re not going to sacrifice our performance in the marketplace for our customers for what potentially could be a very-short-term gain on OCC,” Hassfurther said during a company earnings call earlier this year.

During the recent call, Hassfurther reiterated that the quality concerns and emphasis on producing high-performance products are “why I think that this whole recycled linerboard discussion is somewhat muted, at least, regarding PCA.”