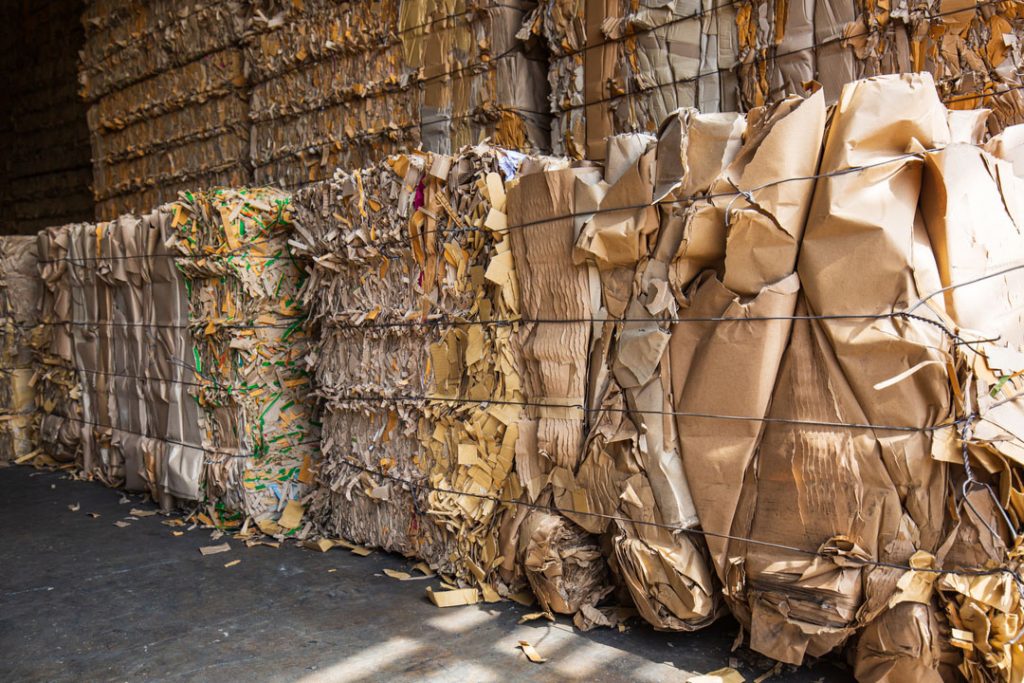 OCC and other recovered fiber grades are allowed in to China but with strict contamination thresholds. | noomcpk/Shutterstock

China bought less of the world’s recycled fiber in 2019, the second year in a row of major decreases in recycled material imports. And the country’s environmental ministry has reiterated plans for an all-out import ban next year.

Last year’s volume is even more striking when compared with years prior to 2018, which was when the National Sword recycling import restrictions were officially implemented.

Meanwhile, the country has issued two rounds of paper import permits for 2020, and the numbers suggest an even lower volume will head into the country this year than in 2019.

The Chinese fiber data is not broken down by grade. Mixed paper has been banned from import into China since the beginning of 2018. OCC and other recovered fiber grades are allowed in but with strict contamination thresholds.

According to the official Chinese numbers, the country did not import any scrap plastic last year; plastic was banned alongside mixed paper in 2018 (U.S. trade figures show a small amount of scrap plastic was still shipped to China in 2019). In the year prior to the ban, China imported 12.9 billion pounds of scrap plastic. 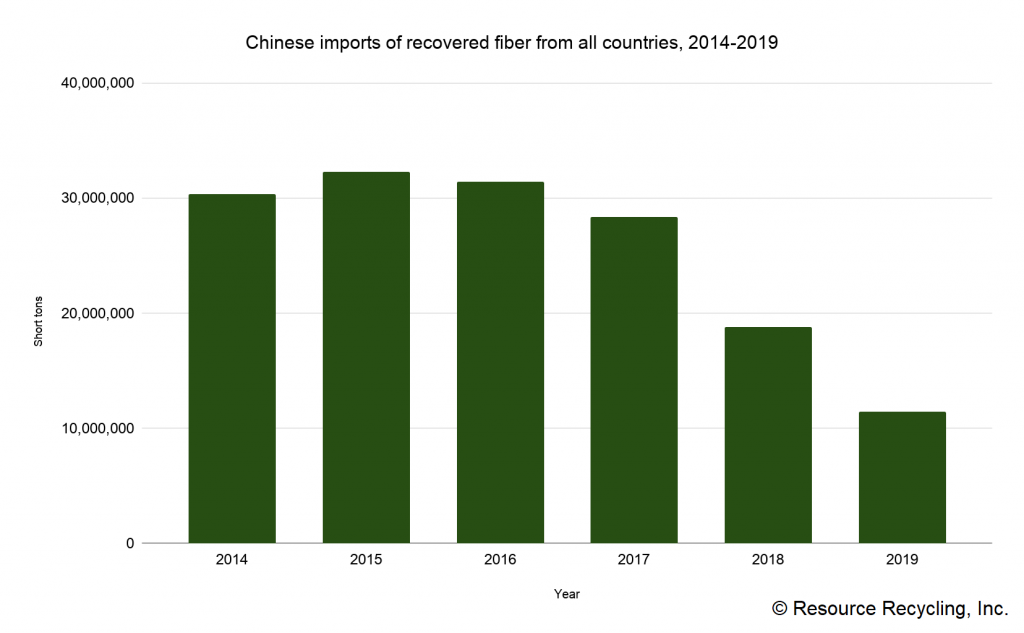 In recent months, evidence has been building that China aims to ban all recovered fiber imports by 2021. This month, a Chinese environmental official clearly stated this is the plan.

Liu Youbin, a spokesperson for China’s Ministry of Ecology and Environment, in a state media article this month referenced the country’s decision “to phase out garbage imports in 2017.” The Chinese government often uses the terms “garbage” and “solid waste” to include what the U.S. recycling industry would term recyclables.

The restrictions announced in 2017 covered mixed paper, recycled plastic and a variety of other material grades.

He said China imported 13.5 million metric tons of “garbage” in 2019, down 40% compared with 2018, and added the country is “expected to realize zero imports by the end of this year,” according to a China Daily article posted on the environment ministry website.

“Referring to the ban as a landmark measure for the country’s ecological progress, Liu said the ministry will promote the work with other government bodies and ‘make all-out efforts to realize zero imports by the end of 2020,'” the article reported.

Liu added that beyond China’s customs smuggling enforcement efforts throughout 2019, the environment ministry “launched a campaign to crack down on environmental violations of companies that recycle imported waste.”

He noted the regulations and enforcement “are expected to help transform many of the country’s small, disordered and polluting recycling companies.”