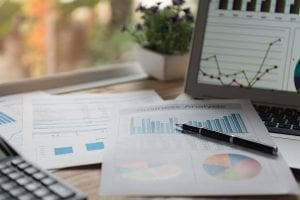 Waste Connections, Advanced Disposal Services and Casella Waste Systems all experienced double-digit drops in recycling revenues. They came largely as a result of lower commodity values and decreases in volumes sold into the market.

The market conditions are the fallout from China’s decision to ban many recyclables imports starting this year.

Revenue cut in half

Waste Connections has acquired a number of garbage and recycling companies in 2018. Excluding the impact of those acquisitions, the company’s recycling revenue in the third quarter was about $21 million, down 49 percent year over year, Ronald Mittelstaedt, Waste Connections’ CEO, told analysts during an Oct. 30 conference call (the transcript is available from Seeking Alpha).

In the company’s quarterly report, it reported the drop in revenue was primarily attributed to lower fiber values because of a reduction in overseas demand. Prices for OCC averaged $88 per ton in the third quarter, down 52 percent from the high prices in 2017. Mixed paper revenue (excluding the impact of acquisitions) was down 75 percent year over year. Mixed paper prices remain in the range of $0 to $5 a ton, Mittelstaedt said.

At the same time, the company, like others, has experienced higher sorting costs, both from adding people and equipment and slowing lines. Mittelstaedt estimated the company’s processing costs were $75 to $100 a ton when it could ship to China; now, they’re in the range of $120 to $150 per ton, with costs higher in some markets. The result was a drop in earnings in the third quarter to the tune of $19 million.

He said he expected costs to come down over time as the company renegotiates municipal contracts to remove what he called non-recyclable materials from the single stream. He said the company is negotiating the removal of glass, junk mail, magazines and certain plastics.

Overall, the whole sector is looking at recycling prices differently, he said. Waste Connections, like other companies, is shifting commodity price risk to the municipalities or end users, he said.

Ponte Vedra, Fla.-based Advanced Disposal’s recycling revenues totaled $4.0 million during the third quarter, down 60 percent year over year. For the first nine months of the year, the company brought in $13.9 million in recycling revenue, down 50 percent over the same period in 2017, according to the company’s quarterly report.

Richard Burke, Advanced Disposal’s CEO, told analysts on a Nov. 1 conference call OCC prices fell from $139 a ton during the third quarter of 2017 to $59 a ton this year.

“While the shift in commodity prices has been painful, we do believe it’ll bring about a fundamental shift in our industry that will reduce earnings volatility from commodity prices longer term,” he said. “Advanced disposal has used this market backdrop as an opportunity to educate our customers around the impact of contamination, and the cost of recycling, along with securing price increases related to the collection of recycled.”

Year to date, the company has spoken with customers representing half of its municipal revenue. It has received some form of pricing concessions from a quarter of that group, he said.

“These conversations will continue, and we expect to have an initial conversation with 90 percent of our municipal revenue base by year end,” he said.

The company manages or operates 22 recycling facilities. Recycling makes up 1 percent of the company’s revenue. Overall, Advanced Disposal brought in $400.6 million in revenue during the third quarter, up 2 percent year over year.

According to the company’s quarterly filing, lower commodity prices and lower recyclables volumes decreased recycling revenue by $6.7 million and $2.3 million, respectively, in the third quarter. Partially offsetting that was $3.5 million more from higher recycling tipping fees.

The company charges what it calls a “Sustainability/Recycling Adjustment” (SRA) fee which is paid by both residential and business customers and floats on a monthly basis based on commodity prices. According to the company, the SRA and revenue-share contracts are now fully recovering lower commodity prices.

“Our team has done a great job over the last several years working to off-take risk across our business, including recycling commodity pricing risk,” CEO John Casella stated in a press release.

Overall recycling income in the third quarter was down, however, for a couple of reasons: The company is still absorbing all of the commodity price risk and losing money under old third-party processing contracts, and Casella’s processing and transportation costs are up due to market changes.

Recycling now makes up 6 percent of Casella’s revenue pie. The company owns 18 recycling facilities. Overall, the company brought in $172.8 million during the third quarter, up 8 percent year over year.