China to enact tariffs on OCC and other recycled paper 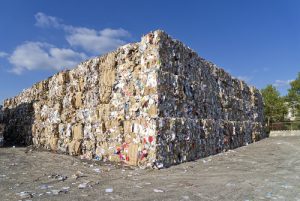 The Chinese government plans to levy a 25 percent tariff on U.S. shipments of OCC and other recovered fiber, as well as scrap plastic, in retaliation for the latest U.S. tariff proposals.

China’s Ministry of Commerce on Aug. 8 issued the latest list of tariffs the country is planning to implement on imports of goods from the U.S. The list identifies OCC and all other recovered fiber materials among the product codes that would be hit with the 25 percent duty.

The action also covers all scrap plastics sent from the U.S. to China, as well as a number of scrap metals.

Both countries previously enacted tariffs covering $34 billion in imports from the other country.

China’s latest announcement comes one day after the U.S. Trade Representative’s office finalized its $16 billion list, which will bring the current U.S. tariffs on Chinese imports up to covering $50 billion in import value.

Although previous tariffs have affected the recycling industry through steel and aluminum pricing and availability, or by their impact on recycling equipment, the new proposal from China marks the first instance of recovered paper and plastic being targeted directly.

The move threatens to further disrupt the North American recycling market, which has been rocked this year by separate Chinese import restrictions on recovered materials. It could also benefit recycling programs and companies outside the U.S., as their exports will not be subject to the tariffs.

Although the Chinese government has indicated plans to phase out imports of all recyclables and bolster its domestic recycling efforts, the country has still brought in a significant amount of recovered material this year.

As Resource Recycling recently reported, China remains the top importer of U.S. recovered fiber, and is among the top importers of scrap plastic despite heavily cutting back its imports of that material.

The U.S. sent 30 million pounds of scrap plastic to China during the first half of the year.