Where are the current paper and plastics export markets? 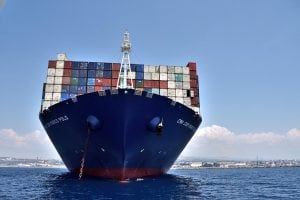 To keep up with the top export destinations for U.S.-sourced recyclables, Resource Recycling examined the latest shipping data from the U.S. Department of Commerce.

The figures offer a snapshot of exports in June, at a time when some Southeast Asian countries began enacting import restrictions. The data also shows that even with China’s import restrictions, the country remains among the largest importers of both recovered paper and plastic.

Plastic down across the board

Paper shipments on the rise

In contrast with scrap plastic, U.S. recovered paper exports increased by about 42,000 tons from May to June. And May’s number was up 39,000 tons over April’s.

For instance, China brought in 77,000 more tons in June than in May, although exports to China had dropped by more than 100,000 tons from April to May. The drop in May came as Chinese officials stopped allowing China Certification and Inspection Group (CCIC) North America to perform pre-shipment inspections for a month. The move was expected to heavily disrupt recovered fiber exports to China, as the inspections are mandatory.

Indonesia doubled its imports, bringing in 68,000 more tons in June than May. Taiwan, Thailand and Vietnam all modestly increased paper imports.

But the increases were partially offset, largely by India importing 87,000 fewer tons from the U.S. in June, compared with the previous month. 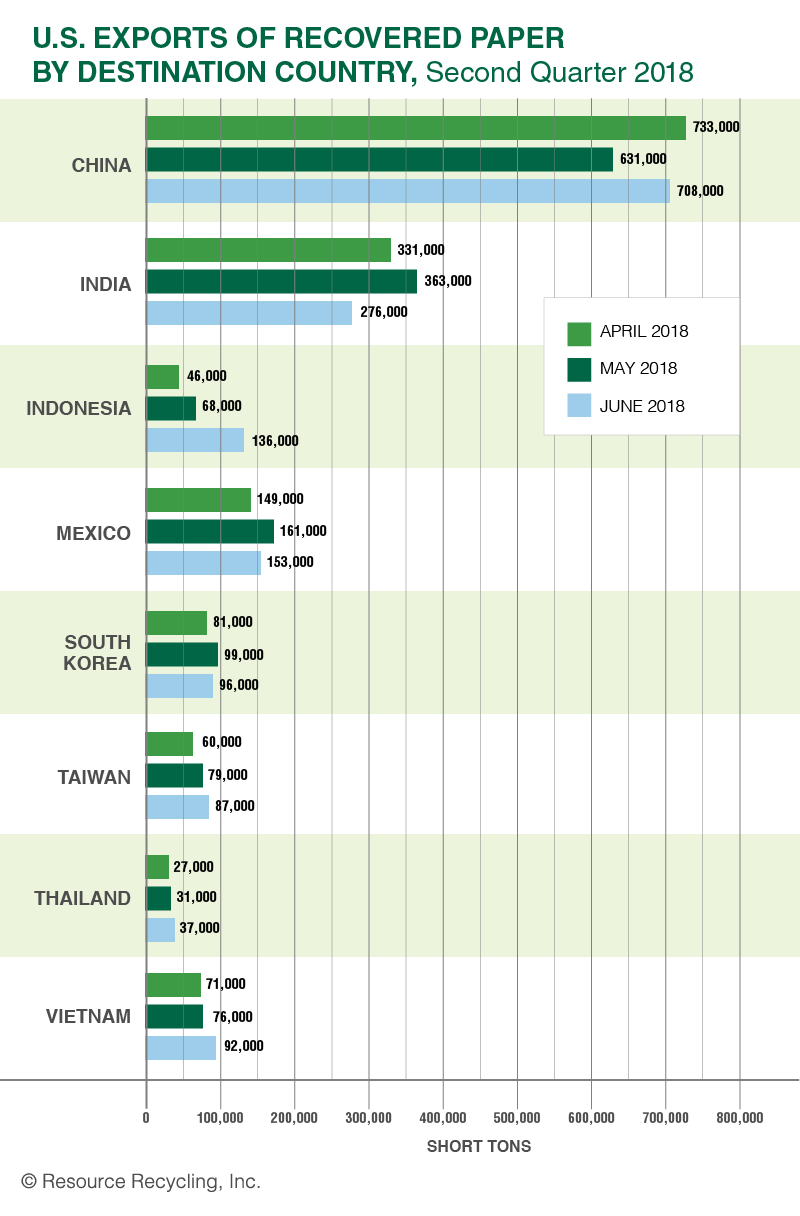