Why Vietnam is shutting out some materials 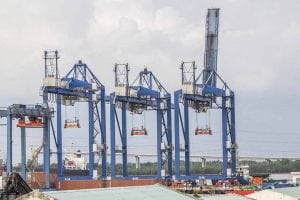 Vietnamese authorities have boosted inspections of scrap imports and plan to halt shipments to key ports next month.

According to a number of sources, the changes are a result of a glut of scrap paper and plastic imports and numerous instances of customs violations.

Because of China’s restrictions, Vietnam has become a larger destination for exports of U.S. recyclables. According to the U.S. Census Bureau, U.S. exporters sent more than 173,000 short tons of recovered fiber to Vietnam from January through March, up dramatically from 57,000 short tons during the prior-year period. U.S. ports sent Vietnam nearly 79 million pounds of recovered plastics during the first quarter, up from 40 million pounds during the prior-year period.

In recent months, exporters have cited the Southeast Asian country as a major alternative market that’s increased in the past year. And the country has been a destination for Chinese scrap processors looking to invest in Southeast Asia as a way to work around China’s restrictions.

Now, Vietnamese officials are restricting imports, similar to the actions taken by the Chinese government over the past year.

A May 21 letter from Vietnam’s Tan Cang-Cai Mep terminal to shipping companies, obtained and shared by the Institute of Scrap Recycling Industries (ISRI), describes a major increase in containers of scrap paper and plastic coming through the port.

The letter notes that a different terminal, Tan Cang-Cat Lai, which is among the largest Vietnamese shipping terminals, has amassed more than 8,000 TEUs (twenty-foot equivalent units, a measurement for container quantity) of scrap plastic and paper on-site as of May 21. Tan Cang-Cai Mep, a smaller terminal, has stockpiled 1,132 TEUs that can’t be moved to the larger terminal due to the buildup. Both terminals are operated by Saigon Newport Corporation (SNP).

The larger terminal has already stopped accepting scrap materials, and the smaller one will stop accepting all containers of scrap plastic June 25 through Oct. 15. The terminals will require more thorough documentation beginning June 15, according to the letter. This means shipments must be accompanied by valid import permits and a written guarantee of when the container will be picked up by the buyer.

“This notice comports with rumors that Vietnamese customers had no more room for imported materials and that the build-up of containers of recovered paper and plastic scrap diverted from China were causing delays at Vietnam’s main import terminal,” ISRI wrote.

ISRI added it is “confident this is more to do with port capacity constraints and not a permanent regulatory shift.” 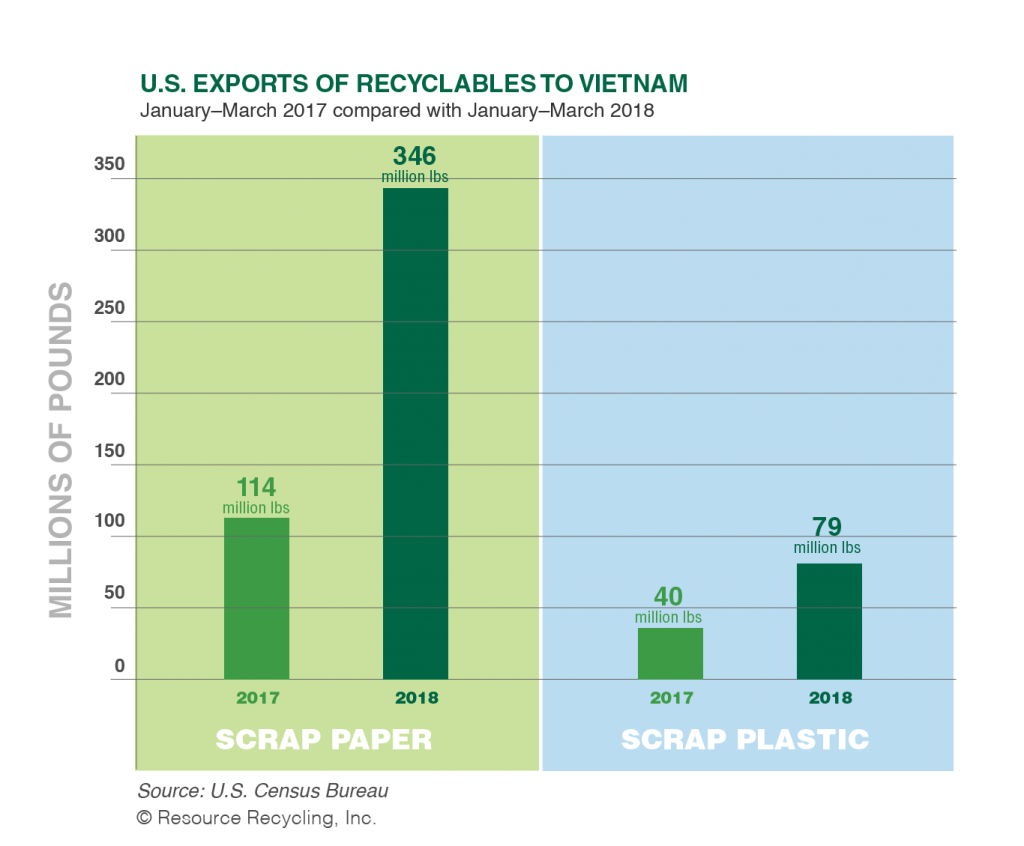 In April, the General Department of Vietnam Customs (GDVC) described numerous recent violations involving scrap paper and plastic coming into the country. The violations included material not meeting Vietnamese quality standards, mislabeling, the use of false import permits and a lack of permits altogether. In response, customs officials have ramped up inspections. According to GDVC, in some areas agents began inspecting 100 percent of scrap paper and plastic imports.

Most recently, GDVC said it had implemented a “plan on risk management for scrap imports,” which includes continuing the heightened inspections and taking stock of all the containers of recyclables sitting at ports.

GDVC alluded to the Chinese material ban, and said it presented “the potential danger for Vietnam and other Southeast Asian countries to become scrap destinations.”

An announcement from SNP in late April shows the overcapacity problem has been growing since the beginning of the year.

On April 23, SNP wrote to its customers that the volume of scrap paper and plastic had “soared” since China banned most of the material. Because of that, Vietnam’s Ministry of Natural Resources and Environment and the Ministry of Finance “restricted the import permits for plastic/paper scrap into Vietnam,” according to the SNP letter.

“Consequentially, consignees are not able to complete customs clearance for many shipments of plastic/paper scrap which have arrived at Vietnam seaports,” SNP wrote.

At that time, 1,000 TEU of material Cai Mep had sent to the larger Cat Lai port were stuck without anywhere to go.

“If there is no punctual action, this volume will escalate and cause high yard occupancy at ports” and other storage areas, SNP wrote, “affecting routine operation of both ports and shipping lines.”