Our top stories from March 2018 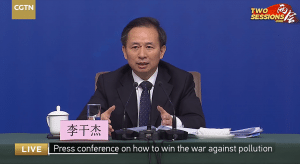 More than a year after China’s announced National Sword, the country’s import restrictions and their impacts continue to draw readers’ interest.

1 | China: Scrap imports down 12 percent due to ban

China’s top environmental official has quantified the reduction in scrap materials flowing into the country as a result of recent restrictions. He also spoke publicly about the market fallout and the criticism China has received for enacting its reforms.

Steel and aluminum imports have been singled out by the White House, and though plenty of questions linger about the development, prices for recyclables could jump in the short term.

3 | Chinese customs enforcement ramps up with Blue Sky 2018
Officials in China have announced an enforcement campaign to implement the country’s new import restrictions.

4 | China bites back after diplomats criticize scrap ban
Chinese officials have accused the U.S. of hypocrisy for denigrating the scrap imports ban amid a brewing trade war between the two nations.