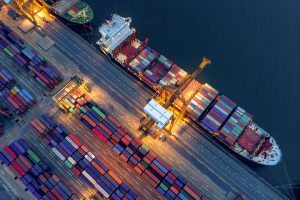 Chinese officials have accused the U.S. of hypocrisy for denigrating the scrap imports ban amid a brewing trade war between the two nations.

According to a report in Reuters, a U.S. representative at the meeting said the U.S. recognized the environmental problems China is working to address, but added that the Chinese government’s approach has been implemented too quickly and is having the “opposite effect to what was intended.” The U.S. representative was not named in the article.

A U.S. official also stated that China is violating its WTO obligations in part by treating imports differently than domestically generated material, according to the Reuters report. A European Union representative added that China’s restrictions are forcing material into other countries without sound environmental practices.

The Chinese government responded quickly, with the country’s Ministry of Foreign Affairs using a press conference Monday to fire back.

“I would like to say that the so-called ‘concerns’ of relevant U.S. officials are unjustifiable, illegitimate and have no legal basis,” said Hua Chunying, a spokesperson for the ministry.

Hua described the scrap ban as a “major measure” the government is taking to improve environmental protection. She also referenced a recent U.S. Department of Commerce investigation, which presented the claim that China unfairly facilitates the transfer of technology and intellectual property from U.S. to Chinese companies, among other complaints. The Trump administration announced plans to enact new tariffs as punitive measures to prevent those practices.

“The U.S. officials are so hypocritical as they try to make an issue out of China’s legitimate and lawful actions and accuse China of ‘seemingly violating WTO obligations,’” Hua stated. “How could they claim that their restrictions on its exports of high-tech and high value-added products to China are legitimate while China’s lawful restrictions on its imports of foreign garbage are illegal?”

Hua closed with remarks urging the U.S. to improve its own waste management system, a notion that was similar to sentiments expressed last week by Li Ganjie, China’s top environmental official.

“We hope that the U.S. side will put its stand at reducing, disposing and treating the hazardous wastes and other wastes it generated in accordance in the spirit of the Basel Convention and take more due responsibilities and obligations for the world,” Hua concluded.

At a separate March 20 meeting of the WTO Technical Barriers to Trade committee, the scrap ban was first in a list of 56 new trade concerns for WTO member countries. According to a WTO summary of the meeting, China indicated “the objective of the new standards is protection of the ecosystem and the environment, the protection of human health and safety, and the protection of animal and plant life or health.”

“China said its efforts to regulate imports of solid waste go hand in hand with efforts to promote improvements in domestic solid waste treatment and disposal, and that it would ensure a smooth transition and fulfilment of transparency obligations under WTO rules,” according to the summary.

The agency replaces the former Ministry of Environmental Protection and assumes environmental responsibilities previously performed by a handful of other departments. The continued emphasis on the scrap crackdown was clear at the agency’s first meeting, during which the scrap import restrictions were described as “an effective means of vigorously developing a circular economy,” according to an online translation of the release.

In a report on the meeting, the department referred to the ban as a “symbolic measure” for wider environmental protection efforts in China.