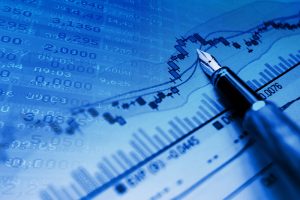 In a press release, John Casella, chairman and CEO, said the company’s $2 million decrease in recycling revenue in the fourth quarter was mainly a result of China’s National Sword program.

“This has led to mixed paper price declines of approximately 80 percent from July 2017 to January 2018, while at the same time our operating costs are up as we have slowed sorting lines and increased labor to produce higher quality end products,” Casella stated. “Our mature risk-mitigation programs, such as the Sustainability Recycling Adjustment fee, have worked well to offset the majority of commodity price declines during the quarter and we expect these programs to continue to significantly reduce our commodity risk exposure.”

During a March 2 conference call with investors, Ned Coletta, Casella’s chief financial officer, said the average commodity revenue per ton during the fourth quarter was down nearly 24 percent year over year, mainly because of lower fiber pricing, according to a transcript provided by Seeking Alpha.

Coletta said the company has entered more sophisticated contracts in recent years that reduce market risk for Casella. That being said, the company still has some older legacy contracts that leave the company exposed to that recovered commodities market risk, he said.

Other company officials said recycling labor costs have increased as a result of improving product quality. Speaking on the call, John Casella also said the company is planning MRF equipment upgrades to meet China’s quality standards (Coletta said about $2 million is allocated toward those upgrades).

For 2018, Casella is forecasting recycling revenue declines of between 15 percent and 20 percent, driven by lower commodity prices, lower volumes and changes in the way revenue is recorded, partially offset by higher processing fees.

Casella’s overall revenue last year totaled $599 million, up 6.1 percent from the year before. About 10 percent of the company’s revenue came from its recycling division.