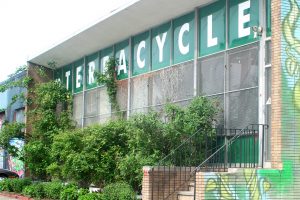 TerraCycle is a high-profile company that gets a lot of press, but because it’s a private business, much has been unknown about its operations and income. A new financial filing provides details.

A Trenton, N.J.-based company specializing in managing a slew of hard-to-recycle materials, TerraCycle recently submitted financial information to the U.S. Securities and Exchange Commission (SEC), so it could qualify to sell up to $25 million in stock to the public.

The document describes the company’s three main areas of business and how much revenue they brought in during 2016:

National Recycling Programs ($6.4 million): Also called Brand Sponsored Collection Programs, these are operated under contract with brand companies. The contracts pay the material shipping, sorting and processing costs. Anyone can sign up to become a collector, download a prepaid shipping label, and send the recyclables to TerraCycle via UPS. In return, collectors receive charity points for donations to charities or schools. As of last August, TerraCycle had over 50 brand-sponsored programs.

Zero Waste Boxes ($1.3 million): This program involves selling prepaid shipping boxes for a specific category of material. All of the costs of material handling and processing are factored into the cost of the box. “Pricing of the boxes depends on size, weight, costs to recycle, value of recycled materials, and whether sorting is needed,” according to TerraCycle’s filing.

Material sales ($2.4 million): This program sells recycled materials, mostly plastics, collected via the National Recycling Programs and Zero Waste Boxes. TerraCycle estimates only 3 percent of material is sent to disposal. This is a growing business segment, according to TerraCycle, but it has lower margins than its other two programs.

Most of what TerraCycle recycles are plastics, including combinations of HDPE/PET and PP/PE.

TerraCycle sorts, aggregates and stores received materials at leased warehouses in Hamilton, N.J.; Macon, Ga.; Williamsport, Md.; Hagerstown, Md. and Madison, Ill. When enough accumulates to recycle a batch, TerraCycle arranges to sell the recovered material to an end user. Only after a sales deal is made does TerraCycle pay a third-party reclaimer to do shredding, washing, drying, pelletizing and compounding on its behalf.

According to the SEC filing, one of the company’s major processors is Ultra-Poly, a plastics reclaimer with four locations in Pennsylvania.

In rare cases, TerraCycle outright sells the aggregated material to an outside company for recycling. For example, Ultra-Poly has purchased certain PP and PE blends.

TerraCycle sells the pellets to manufacturers such as injection molders or extruders to create products such as plastic lumber, containers and Dunnage (large containers used for carrying objects). Composite decking company TimberTech and global retailer Ikea were the top two buyers of recycled materials in 2016.

The filing noted that TerraCycle lost a major customer – one that represented about $830,000 in revenue in 2016 – at the beginning of this year. The customer, which was not named, changed production equipment to a new ISO standard; as a result, it was unable to process the material stream TerraCycle had been selling it. “We have already replaced and exceeded that lost revenue with revenue from new customers,” according to the filing.

One example is a new agreement signed with Procter & Gamble (P&G) through which TerraCycle will develop a supply chain for PP recovered from marine environments for use in Tide detergent caps. TerraCycle has already worked with P&G on a similar ocean plastics effort for Head and Shoulders and Fairy brand soap bottles.

TerraCycle noted that because it doesn’t sell the more commonly recycled HDPE and PET plastics, it needs a unique pitch to persuade outside companies to use the materials in their supply chains.

“While there are plenty of other recyclers that process and sell traditional commoditized plastic, we believe TerraCycle is uniquely positioned to corner the market for non-traditional items,” according to the company. “Our business model, starting with the front-end collection programs, gives our Material Sales team the flexibility to move material downstream using a wide range of options and pricing.”

TerraCycle also noted it conducts research to determine the costs of recycling a material before it prices a collection program for a given stream. That work takes place at an in-house lab with equipment with a gross value of $66,000.

On Oct. 31, TerraCycle acquired Air Cycle Corp., a Chicago-based company that runs a universal waste recycling business. The $3.3 million acquisition is expected to increase TerraCycle’s revenue by 50 percent this year. Air Cycle was folded into a new TerraCycle universal waste division, an extension of its Zero Waste Box program. As is the case with its other programs, TerraCycle will contract out all of the universal waste processing.

TerraCycle plans to use the majority of the proceeds from the new equity sale to acquire additional companies. There are $20 million in expected proceeds, as stock broker, legal and marketing and other expenses are expected to take up to $5 million of a total $25 million raised. Of the proceeds, about $15 million would go toward acquisitions, $3.5 million toward hiring more U.S. staff for existing and new departments and $1.5 million to expand and improve the Trenton headquarters.

TerraCycle also wants to explore reducing its shipping and handling costs, which totalled $1.39 million in 2016. Right now, it is largely reliant on UPS.

“Over the coming years, we plan to explore strategically partnering with local service companies, such as document shredding companies or other waste management companies, to provide route logistics services in areas where there is sufficient and steady volume of waste stream to realize savings in transportation,” according to the filing.