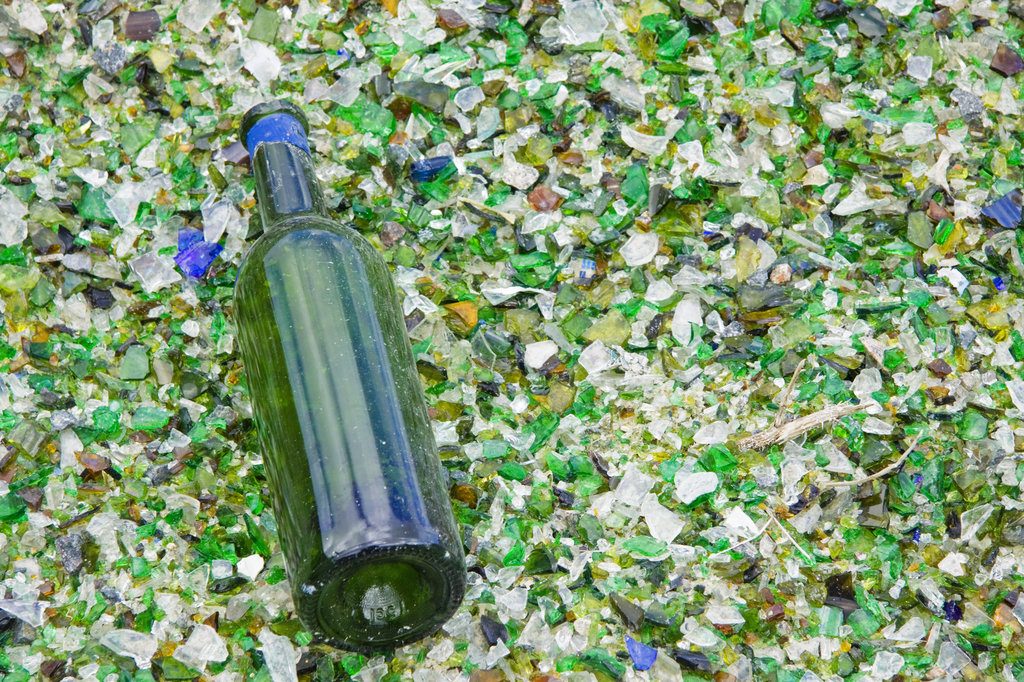 Pace Glass will build a facility to recycle MRF-sourced glass into a variety of products. | pjhpix/Shutterstock

New Jersey-based Pace Glass is set to build a facility cleaning up MRF-sourced glass for use in containers, fiberglass insulation and other products.

The company plans to open the 1,500-tons-per-day glass beneficiation plant in Andover, N.J. It will employ up to 40 workers inside the facility and 60 truck drivers, according to the plan.

The company already runs a glass processing facility in Jersey City, and that site has been open for a year.

According to project documents, the Andover facility will use optical sorting equipment to remove contamination and sort glass by color. The plant’s equipment will also include large screen decks, negative-air vacuum stations for quality and dust control, and a natural-gas-fired dryer. Pace Glass described the required capital investment as “sizable.”

There will be two pre-processing lines, each rated at 100 tons per hour. There will be multiple optical sorting lines, each with a capacity of 40 tons per hour. A residue-processing line and ancillary screening lines will sort residuals into a smaller cullet product “that can be sold to any number of minor recycled glass end-users,” according to the plan.

The various sorting lines will be split into four locations: a pre-sorting operation; two fine grind operations that will handle material mostly destined for fiberglass insulation; and a final processing and color sortation space, which will produce material suitable for containers.

Pace Glass says it will consider a number of factors in terms of sourcing material to ensure the economics pencil out. Freight costs, source material quality and tip fees to dispose of residue will all play into the determination, the company said. Inbound glass will arrive by truck, but a rail spur has been proposed as well.

The company anticipates a residue rate of less than 10 percent.

Container and fiberglass insulation will be the primary end markets for processed furnace-ready cullet. However, there are a number of downstream outlets, including for finer material extracted from the residue line. Those include highway safety bead makers, the paper match industry as a frictionator for matches, foundries, manufacturers using frit in enamels and glazes, abrasive media suppliers and others. Pace Glass noted that “finding end-users of cullet is not the hard part of glass recycling.”

The New Jersey Herald recently reported the plant is about a year away from opening. A company spokesperson could not be reached by Resource Recycling by press time.

The industry has its fair share of obstacles. Often, as was the case with one recent program that stopped accepting glass, municipalities cite the economics working against collection unless residents are willing to pay extra.

MRFs have described damage glass inflicts on their sortation equipment, high residual contamination disposal fees and freight costs. Seeking to quantify the glass costs MRFs face, the Closed Loop Fund last spring released a study that found a $150 million cost nationwide. That equated to about $35 per ton a typical MRF will pay to accept the material, sort it and move it downstream.

For beneficiation operations, one large challenge is contamination and residual costs. Pace’s confidence in strong recycled cullet demand echoes that of glass recycling giant Strategic Materials.  A Strategic executive recently told Resource Recycling the challenge is “not a demand issue in most cases.” Instead, the company cited high residue and contamination rates as factors stymying effective glass recovery.