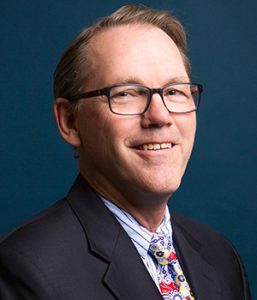 A glass recycling company has opened a new processing facility and has plans to continue expansion in the coming years. Company leaders anticipate its recent acquisition by a private equity firm will accelerate that growth.

The announcement of the 125,000-square-foot site in Delavan, Wis. comes shortly after the glass beneficiation giant was acquired by Littlejohn & Co. in late October, although the two developments are not tied to each other. Strategic began looking to expand its capabilities in the state about a year ago, according to an executive at the company.

“We weren’t able to handle all of the glass supply in the area because our footprint wasn’t large enough,” said Curt Bucey, executive vice president of business development and industry affairs. “So we started down the path of finding a new site and upgrading and trying to provide a better, more consistent outlet for glass.”

Bucey recently talked with Resource Recycling about the new facility and the recent acquisition. He also gave an overview of the glass recycling sector as a whole.

The company is a large buyer of recovered post-consumer and post-industrial glass, including container, automotive and window glass. It cleans up streams of recovered glass, sorting them and processing them for use in end markets that include glass bottles, fiberglass insulation, flat glass and highway safety beads that are used to make road striping reflective.

The new space doubles the processing capacity of Strategic’s existing Wisconsin plant in East Troy, Bucey said, and the company has installed newer technology that will help to drive quality. The previous plant had been upgraded to employ color sorting technology, he said, but the site didn’t have the space to perform the task most efficiently.

“As supply over the last six or seven years has become worse and contaminants have gone up, it makes it very difficult in a space-constrained plant [where] you’d like to put more equipment in but just physically can’t. It makes processing a challenge,” he said.

The Delavan facility is on rail lines, which Bucey said gives the company more flexibility to ship unprocessed material to other facilities if there is downtime at the plant due to issues such as temporary market downturns or equipment failure.

In discussing the recent acquisition of Strategic by an investment company, Bucey said the glass processing operation doesn’t anticipate major changes under the new ownership.

“We outlined our plans, and they validated them by buying us,” Bucey said. He added Littlejohn & Co. may be able to help accelerate some of those plans via financing.

As for where those opportunities might be, Bucey said he views all U.S. regions as underserved in the realm of glass recycling. He said the glass container industry wants to hit 60 percent average recycled content.

As for end markets, Bucey said Strategic is always looking to get recycled glass into new applications, but it also wants to drive recycled content usage in existing end markets.

“If they continue down that path of using more, I think over time we’ll tighten supply and demand up in some of the areas where maybe there is a little bit of excess glass,” he said.

Glass has grabbed headlines in recent years as a challenging material for MRFs to handle. Some communities have cut off collection as others have increased rates to pay for glass recycling.

Programs began halting glass collection more regularly when China conducted its imports enforcement campaign called Green Fence in 2013, Bucey said. MRFs were under pressure on paper and plastics, and they were trying to find ways to improve their economics. While glass is sometimes framed as a contaminant to other materials in the stream when glass breaks during collection, Bucey noted the glass stream itself suffers from contamination from other debris.

“If you neutralize it for contamination, glass has been stable when everything else has been sliding,” Bucey said.

“When you start drilling down and understanding the glass recycling situation, it is not a demand issue in most cases,” Bucey said. “I’m sure there are some furnaces that go down for repair and it costs them temporary disruptions. But over a long period of time, there’s been steady outlets for glass. Customers still want more glass. And consumers like glass recycling. It’s highly popular.”

Bucey also doesn’t view technology as a major challenge for the industry, as processors have figured out fairly effectively how to deal with contaminants in the glass stream. Instead, he said the biggest problem is something not unique to the glass sector.

“It’s just the typical matching supply up with demand that’s kind of common in recycling,” he said. “Paper and plastics are having the same dilemma matching up supply and demand. Just look at what’s going on with China. It’s part of recycling.”

Strategic does not export any material to China – the vast majority of its glass stays within the U.S., with a few shipments heading to Mexico and South America.

Bucey said cities are often told markets are the major problem for glass collection, but he said that’s not the whole story. Contamination of glass loads presents a larger problem than markets, he said. In some communities, contamination has jumped from 20 percent to 30, 40 or 50 percent, he said, and Strategic pays to dispose of the increased residual. That cost is then passed along to the municipal program.