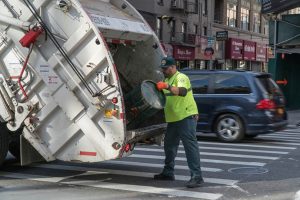 Six East Coast states experienced seven waste and recycling deaths in only the first week and a half of 2018, according to an industry group.

“I am very disappointed by the number of fatal incidents in the first 10 days of 2018; each of them is a tragedy and serves as a reminder that the entire industry needs to improve its safety culture,” David Biderman, SWANA executive director and CEO, stated in a press release. “We urge companies and local governments to not only take the time to educate supervisors and employees, but also commit to making safety a workplace priority. Nothing we do at SWANA is more important.”

The announcement came shortly after the federal government released updated data for on-the-job deaths of refuse and recyclables collectors. In 2016, 31 collectors were killed, according to the Bureau of Labor Statistics.