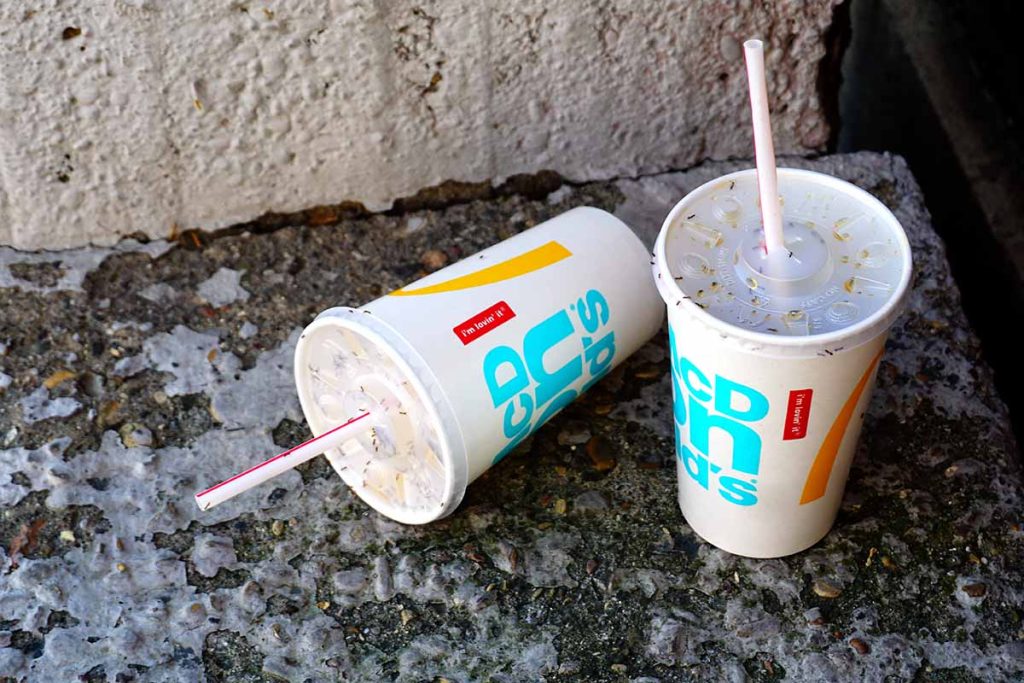 In 2021, major brands increased their use of PCR and cut back on “problematic plastics,” but the amount of plastic they put on the market grew by over 5%, according to the World Wildlife Fund.

Year-over-year findings included “positive incremental improvements across aspects of their supply chains,” a press release noted, including an overall reduction of small plastics such as utensils, coffee stirrers and straws by 1,500 metric tons and a 35% increase in the use of recycled content.

About 33% of the recycled content was reported in North America, 29% in Latin America and the Caribbean and 26% in Europe and Central Asia, the report noted.

“In the past year, ReSource Members have taken critical actions to support the wide scale adoption of reuse systems,” the press release noted.

However, the brands also increased the total tonnage of plastic produced by 5.3% in 2021.

Based on WWF’s waste management model, 34% of that plastic footprint was recycled, 9% incinerated, 43% landfilled and 15% mismanaged, the report noted.

The 2023 Plastics Recycling Conference (March 6-8 outside Washington, D.C.) will feature sustainability leaders from Coca-Cola, Mars and other brands and converters working to boost use of post-consumer resin in packaging. See the full session lineup and register today!

The findings are similar to those that the Ellen MacArthur Foundation announced in November.

Erin Simon, vice president and head of plastic waste and business at WWF, said measurement and data sharing are “critical first steps” and praised members for “taking their plastic waste footprint seriously and being transparent about how they are working to address it.”

“The next, more challenging step is ramping up the pace of progress,” Simon said. “This will be difficult but it’s still very possible to meet our goals. The investments we’re seeing beyond the supply chain are a good example of the ambition I want to see in all areas.”

WWF launched ReSource in 2019 with the goal of getting 100 companies to prevent up to 50 million metric tons of plastic waste.

David Clark, vice president of sustainability at Amcor, said the findings of the report “reflect the need to continue developing effective waste management infrastructure and public policy to ensure valuable materials remain in the economy and out of the environment.”

Lisa Morden, vice president of safety, sustainability and occupational health at Kimberly-Clark, said in the press release that while the company’s growth and supply chain challenges have created “headwinds to advancing our plastic footprint reduction goals,” it still doubled the percentage of recycled content in its plastics packaging and is moving to more sustainable materials and processes.

Starbucks launched more than 20 trials of reusable and returnable cup programs around the world, reduced the plastic in its hot cups by 25% and is working with supply chain partners to improve access to food grade recycled resins, Michael Kobori, chief sustainability officer, noted.

“We still have work to do to meet our goals and decouple our plastic usage from our business growth,” Kobori added. “We are excited to unlock reusable cups for our customers to lead us into the circular economy of the future.”