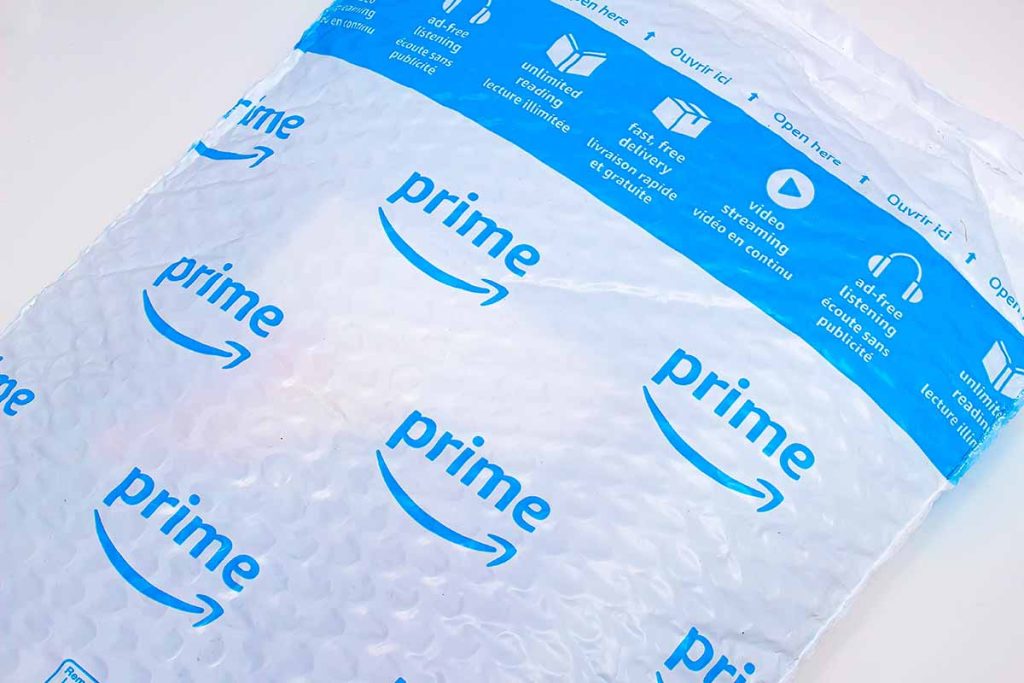 Amazon in mid-December published a blog post focused on how it’s reducing the use of single-use plastics and increasing recycled content in outbound packaging. The post noted that the company used 97,222 metric tons (over 214 million pounds) of single-use plastic packaging across the globe, a number that includes bags and padded mailers, among other materials.

The company also noted that, in 2021, it reduced average plastic packaging weight per shipment by over 7%. It also increased the recycled content of its outbound film bag packaging in the U.S. from 25% to 50%, resulting in a reduction of virgin plastic use of over 30,000 metric tons (66 million pounds).

For comparison, that 214 million pounds is a little more than the plastic packaging used by SC Johnson but slightly less than The Clorox Company, according to data from the Ellen MacArthur Foundation.

Environmental group Oceana was critical of the disclosure, highlighting that the 214 million pounds “represents only part of the company’s global plastic packaging footprint.”

In a press release, Oceana said the figure excludes orders made on Amazon’s e-commerce platforms that are fulfilled through third-party sellers. Amazon declined to state what percentage of total sales the third-party-fulfilled orders represent, Oceana said.

A recent Bloomberg investigation also found that Amazon plastics were ending up at illegal dump sites in India. Although the country has banned the import of plastic waste, materials such as flexible food packaging and shipping envelopes are still finding their way in via contaminated mixed paper bales. Amazon did not comment to Bloomberg on the findings.

Oceana also pointed out that while Amazon touted the 7% reduction in average plastic packaging weight per shipment in 2021, the company didn’t disclose by how much its overall plastic packaging footprint grew from 2020 to 2021, a time period that saw a notable increase in company sales.

Using its own methodology, Oceana estimated Amazon generated 709 million pounds of plastic packaging in 2021. For comparison, that would put Amazon’s packaging use higher than Colgate-Palmolive Company’s but lower than Henkel’s, according to Ellen MacArthur Foundation data.