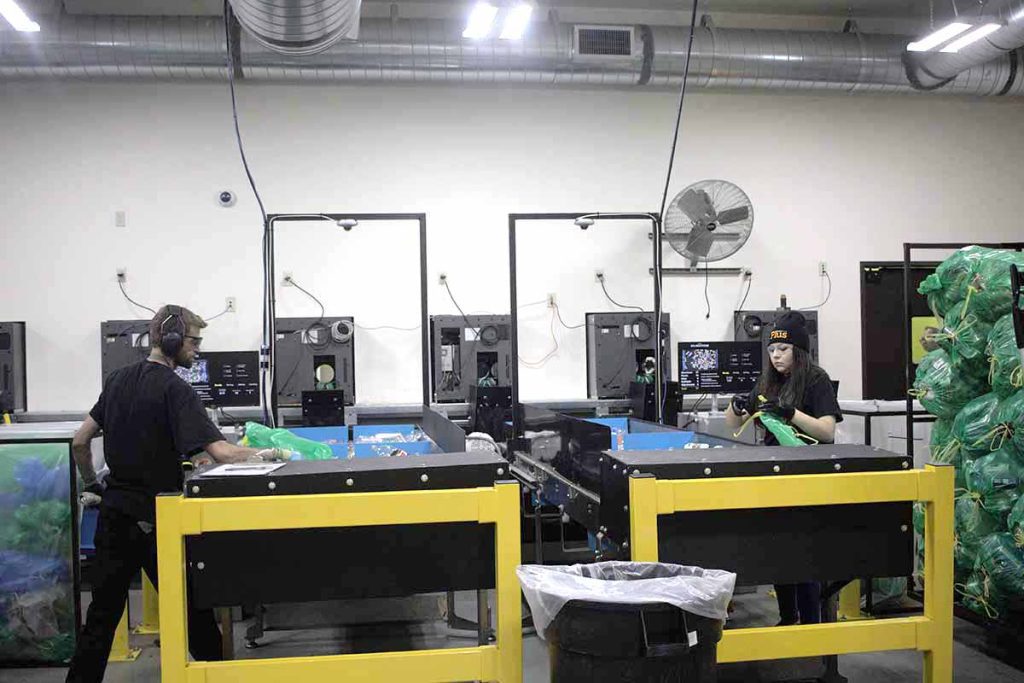 The busiest container redemption center in Oregon recently got an upgrade, delivering the Oregon Beverage Recycling Cooperative’s neural network technology to a consumer-facing location for the first time.

Eric Chambers, external relations director at the Oregon Beverage Recycling Cooperative (ORBC), said at the grand opening that there are “some really incredible technologies that are in this facility, and this is really the only place in the world where these technologies exist.”

OBRC operates the state’s bottle and can redemption program on behalf of beverage distributors.

Speeding up the process

One central technology at the Glisan site is the AI system that allows customers, with staff aid, to dump their containers onto a container belt at the front of the room and watch a live screen as the AI counts each one. After, they receive a cash voucher and can get the money paid out, all in a few minutes.

At the old location, RVMs were the only option for cash return, and each person would have needed between 20 and 30 minutes to feed their bottles into the machine. The batch counter can read the same amount in seconds.

And there are also smart count AI machines in the back of the building, to count the containers turned in through the green bag drop program and automatically credit the accounts linked to the bags via QR stickers. They use the same neural network, and previously had only been present in the larger processing facilities OBRC runs.

“This is the first pure redemption center where we have that technology deployed in the back of the house,” Chambers said. “And we need this technology because this facility processes about 90 million containers a year. It’s the busiest facility of this type in the entire world.”

Kayse Jama, Oregon State Senator for district 24, said he often used the old facility and the new one is both beautiful and efficient.

“I’m excited that this facility is in my district and supporting my community,” he said, adding that he’s grateful to be in a position to support legislative bills that provide healthier communities and environments.

Andrea Valderrama, Oregon State Representative for district 47, said she was pleased to see such an investment made into an area that is mostly made up of people of color and immigrants.

“The savings that we are having with this, not just in terms of resources but in terms of time, is so invaluable for this community, for my neighborhood,” she said. “We are working class, refugee and BIPOC communities, and it’s just such a relief to know that we’re seen and that we’re valued and that we have this incredible technology that’s bright and shiny right here in an area that has felt traditionally underserved.”

Chambers noted that there’s $9 million in refunds being paid out to residents and nonprofits who use the facility, and that it’s the strong partnerships with legislators, grocers, community partners and individuals that makes the system work.

“When you combine convenient access with really good public policy and a public-private partnership, you get a lot out of it,” he said.

A version of this story appeared in Resource Recycling on November 28.