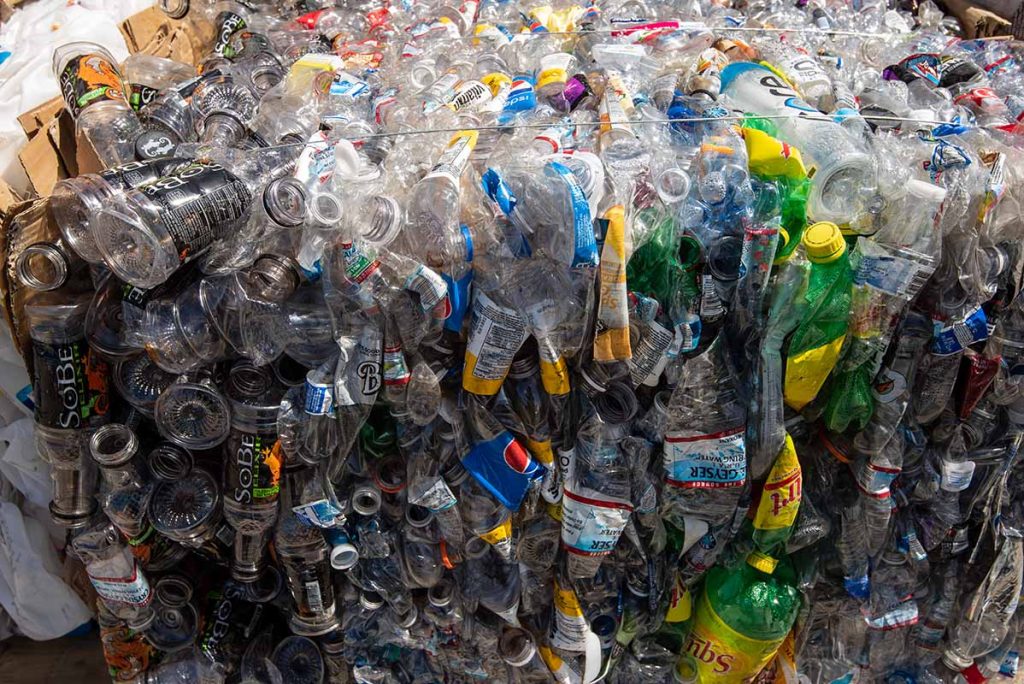 Only 14 recycling facilities were able to qualify for plastic quality incentive payments (QIP). In total, they collected only about one-tenth of what the state had budgeted for the program.

“It’s not a high enough payment to motivate anyone to change their process,” said Mark Murray, executive director of advocacy group Californians Against Waste (CAW).

Meanwhile, a top state official acknowledged her department may need to talk with stakeholders about ways to tweak the QIP program so it encourages a greater number of clean PET bales.

“It wasn’t widely popular. There’s money being left on the table, and the question is why,” Mindy McIntyre, chief deputy director of the California Department of Resources Recycling and Recovery (CalRecycle), told Plastics Recycling Update.

A year ago, lawmakers authorized state regulators to extend the QIP program, which previously covered post-consumer glass, to PET bottle bales. Curbside recycling programs could receive up to $180 per ton for producing bales that contained 2% or less PET thermoforms and other contaminants.

That’s an incredibly difficult contamination limit for curbside material, but 14 sorting facilities were able to achieve it and qualify for payments during the 2021-22 fiscal year, which ended June 30, 2022, according to CalRecycle data provided to Plastics Recycling Update.

Together, these facilities produced 5,900 short tons of PET bottle bales that qualified for QIP.

CalRecycle spokesperson Lance Klug said the 14 participants received a total of $1.06 million in plastic QIP. That’s about one-tenth of the $10 million available for the QIP program last year.

Senate Bill 170, signed by Gov. Gavin Newsom on Sept. 23, authorized the QIP issuances starting as early as July 1, 2021. But first-year participation may have been somewhat reduced because recycling companies wouldn’t have expected plastic QIP until fall 2021.

Too small of a carrot?

Murray of CAW said his organization has long been supportive of the QIP concept, but he was critical of how the program is performing so far.

In an interview with Plastics Recycling Update, he said the materials recovery facilities (MRFs) that qualified for the QIP are rural facilities that are hand-sorting bottles and are already producing ultra-clean bales. By and large, the urban, automated MRFs aren’t meeting the 2% contamination limit, he said.

“The policy is not motivating anyone new to enter into the game,” he said in an interview.

He noted that current subscription levels would have CalRecycle spending a fraction of the millions of dollars legislators have budgeted for the program. The 2022 budget bill, which was signed by Newsom in September, set aside tens of millions of dollars more for the QIP program.

“It’s a good thing the administration sought/legislature approved an additional $90 million for QIPs,” Murray wrote in an email to Plastics Recycling Update. “At the current rate, the original $10 million authorization could be exhausted by 2030!”

The Golden State’s bottle bill, called the California Redemption Program (CRV), brings in a substantial amount of clean PET bottles outside of curbside channels. The material typically makes up Grade A bales, which are used in food and drink packaging.

But because California has long struggled to ensure ample redemption opportunities, leaving many residents without convenient bottle and can return locations, many residents choose to forgo their deposits and drop their PET bottles in curbside recycling bins instead. After sorting at a MRF, those bottles will go into a Grade B bale. The goal of the QIP program is to encourage MRFs to produce curbside bales clean enough to be used in new beverage containers.

Klug noted that encouraging clean bales helps beverage producers meet their mandatory PCR minimums under state law, which requires at least 15% PCR in bottles covered by the state’s deposit program by the end of this year.

But Murray wrote that his organization projects California curbside programs collected about 23,000 tons of CRV PET during the 2021-22 fiscal year.

“So even if 100% of curbside programs were able to meet the ‘2% or less’ standard, the maximum amount of PET QIP that might be expended would total less than $5 million,” he said.

He argued that CalRecycle should increase the payment amount north of $180 a ton.

She described a situation in which one arm of CalRecycle is working against the other. In California’s bottle bill, MRFs can receive CRV redemption payments for PET bottle bales, with the payments based on weights and a formula estimating the percentage of weight that’s made up of deposit material. Through that commingled rate, as it’s called, CalRecycle is currently paying MRFs $1,240 per ton for PET bales.

That provides an incentive for MRFs to leave thermoforms in the PET bottle bales. It’s a greater incentive than the $180 QIP provides to remove them, Houghton argued.

“You can see that a $180 per ton QIP is insignificant in comparison. Especially when you consider that in CA, most of the MRFs utilize optical sorters, which naturally results in a high percentage of thermoforms in the bales,” she said.

Thermoforms and other non-CRV PET (think mayonnaise jars, mouthwash bottles, glass cleaner spray bottles, etc.) can make up a sizable percentage of a MRF’s PET bale. PRCC’s 2022 bale sort shows that, on average, deposit bottles make up about 47% of a PET bale, non-deposit PET makes up 23%, PET thermoforms make up 18% and other contaminants make up the remainder.

But the percentages vary based on sorting technology, with MRFs that employ a secondary hand or robotic sort producing bales with the highest percentages of CRV material, she noted. That extra sorting comes with a cost, however.

“Further sortation is costly and the value of thermoforms is only pennies per pound,” she said. “The commingled rate does not reward better quality, in fact it is financially beneficial to do a first sort and leave the thermoforms and any other contaminants in the bale.”

PRCC estimates the current commingled rate is over-paying MRFs, because it assumes there is more CRV material in PET bales than there actually is. She argued CalRecycle should create a second commingled rate that pays MRFs more in CRV funds when they achieve a 2% contamination limit or less.

“The current commingled rate structure is rewarding poor practice,” Houghton said. “This is one of the reasons PRCC supports a dual commingled rate along with the QIP, so that good-quality bales are rewarded and MRFs that cannot do a secondary sort still receive a commingled payment.”

CalRecycle open to a dialogue

In some ways, California is already starting from a good place. Greg Johnson, vice president of operations for nationwide PET reclaimer Evergreen, recently told Plastics Recycling Update that curbside PET bales from California are already considerably cleaner than those from Ohio, where Evergreen is headquartered and has recycled PET bottles from MRFs for decades.

Evergreen mostly recycles Grade A bales at its Riverside, Calif. plant, but the company is looking more at purchasing and processing Grade B bales there, too, Johnson said.

Still, McIntyre of CalRecycle suggested CalRecycle will talk with stakeholders about ways to improve the QIP program to further clean-up curbside bales and enable bottle-to-bottle recycling.

“I think we need to have more of a conversation about how we get there,” McIntyre said.

However, McIntyre noted that CalRecycle lacks the authority to unilaterally increase the QIP above $180, because that dollar amount was set in the statute. CalRecycle spokesperson Maria West confirmed that CalRecycle is authorized by statute to provide payments up to $180 but no higher.

McIntyre said the conversation isn’t just about cleaner bottle bales, it’s also about enabling thermoform separation at MRFs so they can be recycled better. That separation isn’t something CalRecycle can require via regulation, however, she said.

Still, the authorization of the plastic QIP program shows that the legislature understands the need to clean up curbside bale quality, and that lawmakers are willing to experiment to incentivize greater sorting.

“I think what we’re seeing is an indication that there’s a heightened understanding and appreciation of the need to create clean recycling streams,” she said.

She suggested the state will need to fine-tune its efforts to figure out the best incentives, however. “It’s now time to go back and say, ‘OK, let’s recalibrate,'” she said.