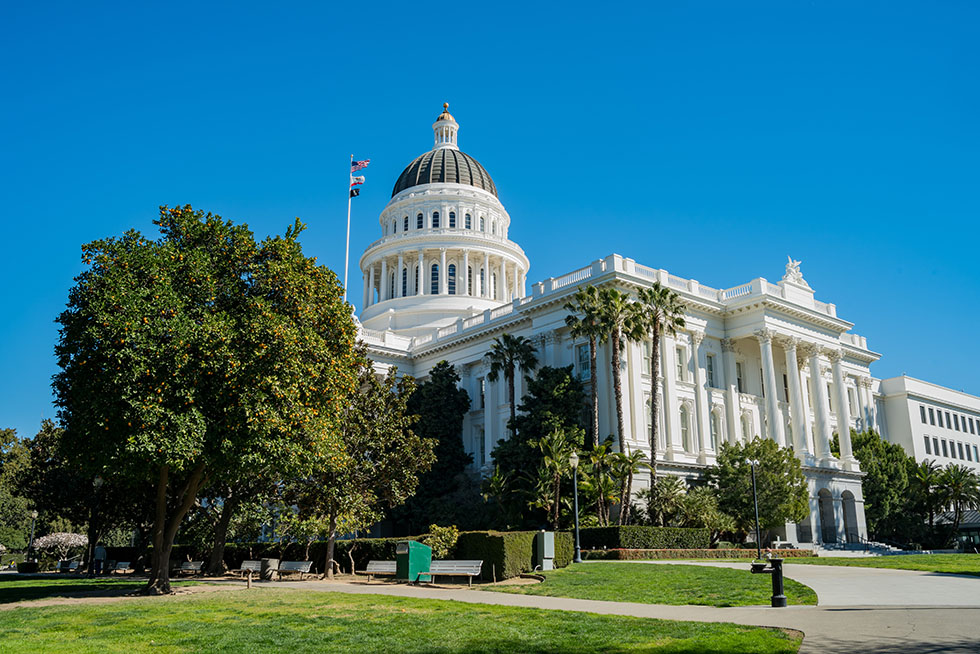 Legislators have approved EPR for printed paper and packaging in California. | Kit Leong/Shutterstock

California’s printed paper and packaging extended producer responsibility bill passed the state Senate unanimously June 30 and was signed into law, just before the deadline to pull a plastic-tax measure from November’s state ballot.

Meanwhile, the California Recycling and Plastic Pollution Reduction Act ballot measure, originally submitted in November 2019, aimed to build up both recycling infrastructure and composting infrastructure, along with other areas, all funded by a plastic tax paid by manufacturers. The plastics industry opposed the ballot measure and was grudgingly supportive of SB 54 as an alternative to it.

California legislators, environmentalists and industry representatives had been working to finalize language in SB 54, in hopes that a comprehensive bill would persuade ballot measure backers to withdraw their proposal.

To remove the measure from the ballot, the three petitioners behind it needed to agree to do so 130 days before the Nov. 8 election. That deadline meant that, effectively, SB 54 would have needed to pass out of both the Assembly and Senate by the end of June to provide enough time for them to withdraw the measure as part of a compromise.

Gov. Newsom acted quickly to sign the bill on the evening of June 30, and ballot backers subsequently pulled their initiative.

SB 54, the Plastic Pollution Producer Responsibility Act, mandates a 25% reduction of single-use plastic packaging and foodservice products by 2032. It also shifts a portion of packaging to reuse or refill systems and calls for a needs assessment, paid for by the PRO but overseen by the California Department of Resources Recycling and Recovery (CalRecycle).

The bill also includes eco-modulated fees charged to producers, which is designed to incentivize them to use sustainable, recyclable or reusable materials.

In the days leading up to the deadline, the bill was amended multiple times to strengthen environmental protection and government oversight and enforcement.

The changes include more clarification that CalRecycle will revoke approval of the PRO if it fails to meet the requirements of the bill.

The amendments also clarified that the definition of recycling does not include combustion, incineration, energy generation or fuel production except for anaerobic digestion.

On the enforcement side, the bill now states that CalRecycle may adopt regulations to verify that materials shipped out of state meet processing and contamination standards, prevents EPR fees from being listed as a separate item on a receipt or invoice, and establishes fees to incentivize producers to shift away from materials with heavy metals, pathogens or additives.

Recycling policy insiders who have engaged on the California bill and other state proposals will take to the stage for an EPR Town Hall discussion at the 2022 Resource Recycling Conference, Aug. 15-17 in Austin, Texas. Register today for exclusive insight on how the policy trend could continue to reshape U.S. municipal recycling in the years to come.

One previous area of contention had been over a full ban of expanded polystyrene, which ballot measure supporters wanted, versus setting a high recycling rate that would create a de facto ban. SB 54 originally called for a 20% recycling rate for polystyrene by 2025, but the amended version sets a 65% rate by 2032, with interim steps of 25% by 2025, 30% by 2028 and 50% by 2030.

The bill also sets up a California Plastic Pollution Mitigation Fund to pay to address existing environmental damage and health impacts. The PRO would fund the account via an environmental mitigation surcharge, which would start at $500 million per year from 2027 through 2037, with 60% focused on low-income, disadvantaged and rural communities.

The June 26 amendments provided an “off-ramp” for certain types of materials, with an eye on “tertiary packaging” (packaging materials used to transport products, for instance, and that do not generally end up in the residential waste stream).

The amended text also notes that to qualify for the off-ramp, the material must also meet the following criteria: It is not collected through a residential recycling collection service, it does not undergo separation from other materials at a commingled recycling facility, and it is recycled via a responsible end market.

The Association of California Recycling Industries (ACRI) also preferred the ballot measure and said “while we appreciate the Legislature’s stated goal to target problematic single-use consumer packaging waste and plastic single-use food service ware, several of the amendments published in the last couple of days will have a devastating impact on recycling in California.”

The American Chemistry Council called for the ballot measure to be withdrawn in favor of the bill.

This story was updated to reflect that Gov. Newsom signed SB 54 on June 30.

A version of this story appeared in Resource Recycling on June 30.