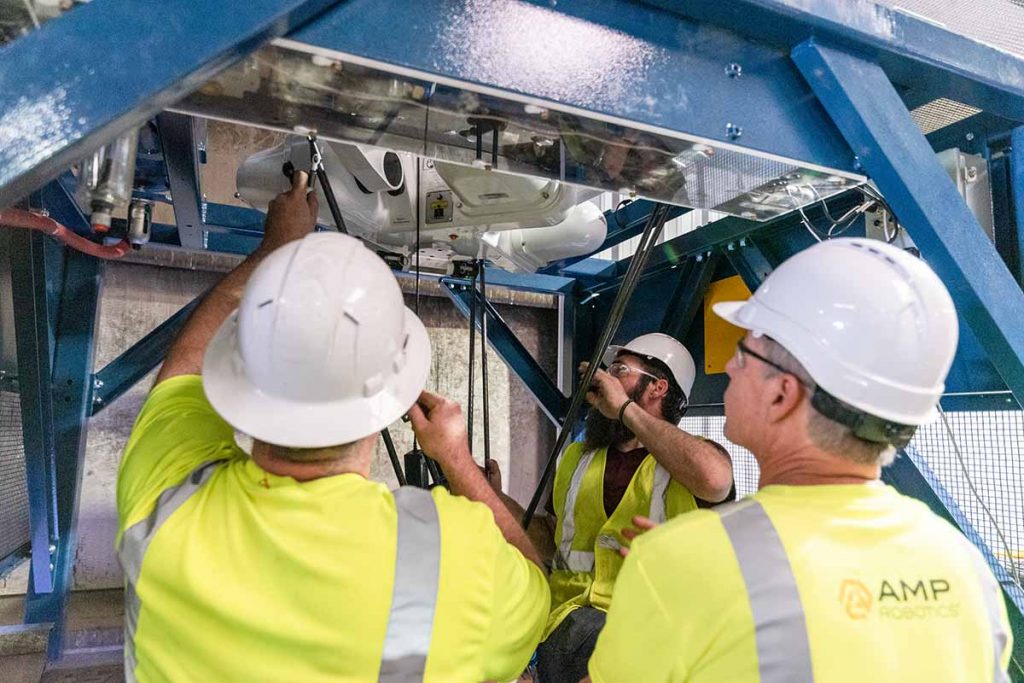 With a little help from The Recycling Partnership’s Polypropylene Recycling Coalition, a Fresno-based MRF has entered the world of robotics.

“To QC (quality control) polypropylene with a human is really challenging because number 5 comes in all shapes and sizes, and being able to train that, especially in a challenging job market, that in itself is a full-time job,” Ledieff said. “A portion of our labor is temporary labor and unfortunately, with the economy, it’s a very dynamic workforce. So having that robot with that vision system and neural network to QC that material has been very valuable.”

Using AI for sorting results in a cleaner and more valuable PP bale, he said, instead of CARTS making a 3 through 7 mixed bale. He doesn’t have any volume numbers yet, he said, as the robots have only been working for about a month, but “I’m confident that we will be able to see an increase in our recovery, which is what it’s all about.”

The Polypropylene Recycling Coalition, a project of The Recycling Partnership (TRP), was launched in 2020 to provide grants to MRFs for optical sorters, robots, conveyors or other equipment or facility improvements for sorting and marketing PP.

CARTS first started about two decades ago, and Ledieff said the owners, the Caglia family, recently decided it was time to upgrade.

About a year ago, two new disc screens, four opticals, an auger screen and an eddy current went operational, Ledieff said, which allowed the company to go from processing 10 to 12 tons per hour to between 25 and 35 tons per hour.

That’s when one of CARTS’ commodity buyers made the company aware of TRP’s polypropylene collection grant.

“I’m the tech guy on the operation side for our company, so I’m like robots? That sounds great,” Ledieff said. “Let’s vet this out. What’s the efficacy, what’s the viability, what’s the additional cost?”

While the process of understanding what was needed for the grant and learning more about PP was challenging, CARTS was ultimately awarded funding. Ledieff chose AMP Robotics as a supplier after doing several facility visits and working with the team. AMP recently announced it expanded its partnership with Waste Connections, which has booked or deployed 50 of AMP’s high-speed robotics systems since late 2020.

TRP provided funding for one robotic arm, but Ledieff said CARTS decided to purchase more robots from AMP after seeing what they could do. Along with the grant-funded PP-focused single arm, the plant now has a tandem robot on the last-chance line picking HDPE natural, HDPE color, some PET and some film. Another robot is placed on the the aluminum can line for QC.

Ledieff said even though CARTS has reduced its labor force somewhat as a result of the technology, the robots were never meant to replace human labor, but rather to fill gaps and hard-to-hire-for positions.

“It was to become more intelligent and increase diversion as well as to supplement labor because we couldn’t get enough through the pandemic and that’s continued,” he said.

For example, he could rarely get someone hired on the last-chance line, he said, so putting a robot there eliminated the problem. Now, he said the rest of the facility is at full staff and he’s been able to move human workers to other positions.

“Last-chance is hard,” he said. “I think that’s one of the keys, that was the last position we would be able to staff. That’s why it’s called last-chance: if you have somebody, you put them there. But now we have someone permanently at last-chance so that is really cool, grabbing those nickels as they go across – and they add up.”

California’s bottle deposit program allows MRFs to redeem containers for the nickel deposit based on the total weight of a bale. 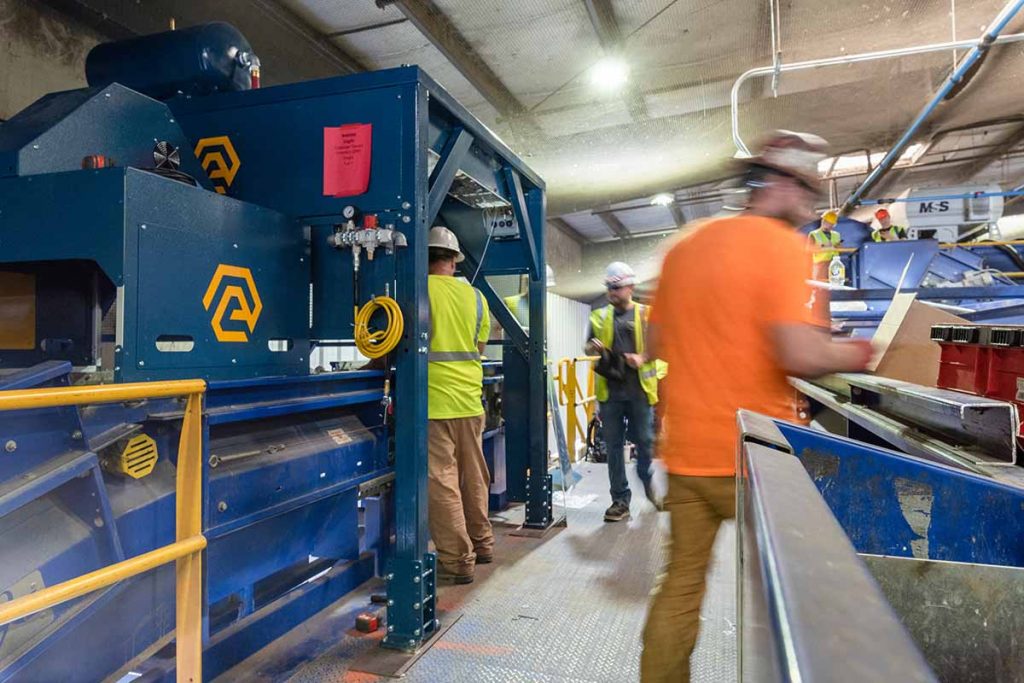 Ledieff said CARTS has tried to stay a few steps in advance of industry standards and regulatory standards, so it doesn’t have to backtrack if a new law is passed.

“We’ve really tried to stay ahead of the curve, using domestic end markets as much as possible as well as making the purest bales we possibly can,” he said.

AI and robots will be a big part of the future of sorting, he predicted, and he said he’d like to add more opticals and more robots to the facility.

“The technology is only going to get better, and it’s pretty great as it is right now,” Ledieff said. “I know there are partnerships and hybrids of different types of technologies coming out and I’m looking forward to seeing what the industry brings and what else we can implement within our facility that can help us increase diversion and decrease landfill.”

Hybrid technologies could be key for future upgrades, Ledieff said, because space at the MRF comes at a premium.

“The spots we have to put new technologies in, we’re space limited,” he said. “Those technologies that can do that are going to be what we look at. Smaller, faster, more efficient.”

Placing robots on pre-sort to increase worker safety is another goal of his, and he said he’s working with his current vendors on it.

“Let’s talk about the 800-pound gorilla in the room: lithium-ion batteries,” he said. “I want to know when a lithium hits my line, I want to be able to stop that line and remove that before it creates an unsafe environment for my employees and damage to my equipment.”

Ledieff said TRP’s PP grant was the “springboard” for adding so much technology to the facility and encouraged other interested MRFs to apply, both for the funding and to learn more about PP.

“I kind of felt bad as a division manager of a MRF going ‘wow, I didn’t realize how many things are polypropylene,'” Ledieff said.