How a de-dusting system cleaned up RPET sheets 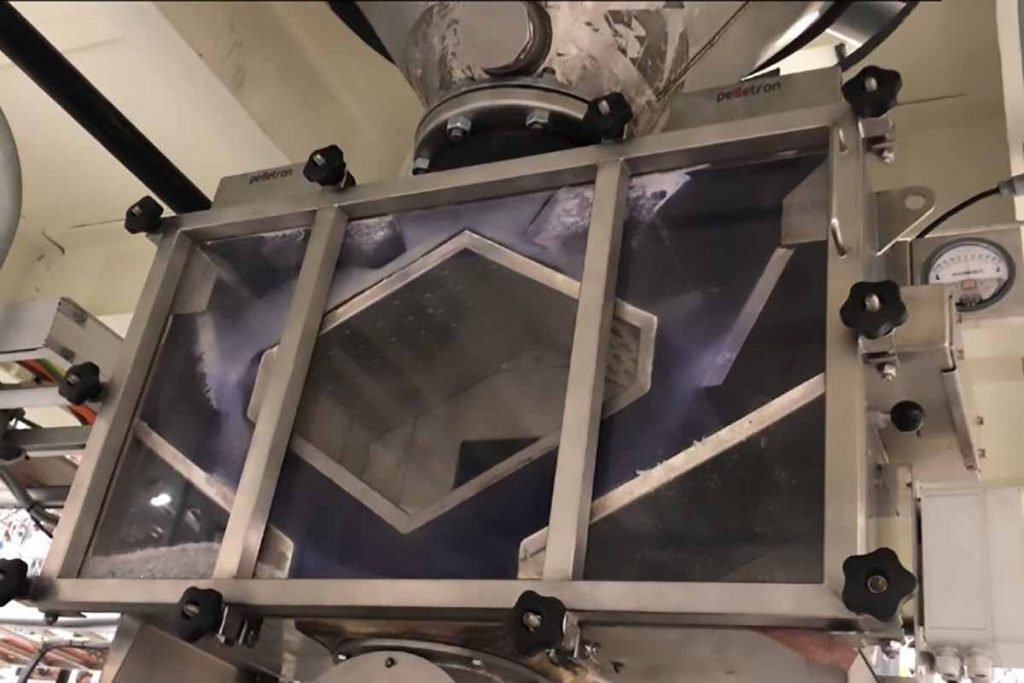 The three XP45 DeDusters that Pelletron sold to rPlanet Earth each have a capacity of 2 metric tons per hour. | Courtesy of Pelletron

Specialized equipment is reducing the presence of gels in rPlanet Earth’s RPET sheets, allowing the Southern California-based reclaimer to sell them for higher prices.

Equipment supplier Pelletron wrote about how its DeDuster system, which removes dust from RPET flakes before they enter the extruder, cleaned up rPlanet Earths’ sheets, which are sold for use in thermoformed packaging.

Lancaster, Pa.-based Pelletron supplied the material-handling systems that move flakes from the wash line to the extruder and injection-molding machines. Soon after the plant opened, the problem of gels in extruded sheets began to emerge, according to the release, which noted that rolls of sheet with too many gels must either be recycled internally or sold at discounted off-spec rates.

Pelletron installed a DeDuster system that uses an electromagnetic flux field coil, which disturbs the fine dust that sticks to flakes due to static electricity, then employs a counterflow air current to remove it. The three XP45 DeDusters sold to rPlanet Earth each have a capacity of 2 metric tons per hour. They were installed on each of the company’s three Welex sheet extruders, right at the extruders’ inlets below the feeders.