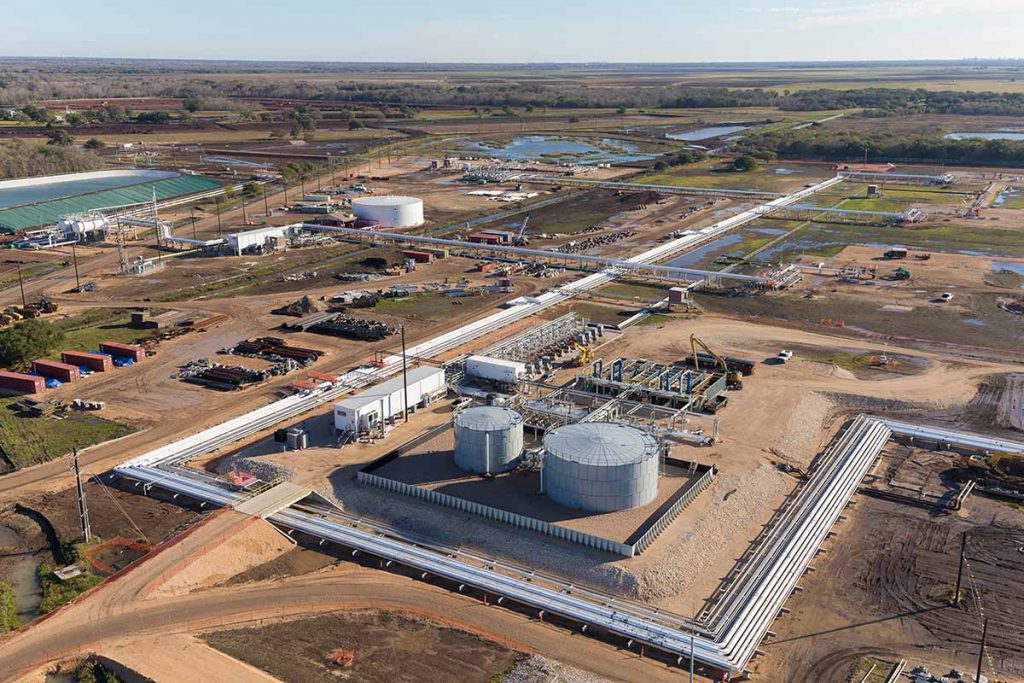 Phillips 66 shareholders voted to support a resolution asking the energy company to detail its market risks of continuing to invest in virgin plastics. | Courtesy of Phillips 66

Activist shareholder group As You Sow announced in a press release that 50.4% of Phillips 66 shareholders voted to support a resolution asking the energy company to detail its market risks of continuing to invest in virgin plastics. Shareholder resolutions are not binding.

The vote came at the company’s annual meeting on May 11. Phillips 66 is the joint owner of Chevron Phillips Chemical Company (CPChem), along with owner Chevron Corporation. According the company, the vote tally was 161,725,428 in favor of the resolution and 159,340,137 against, with 3,393,604 shareholders absent. Abstentions have the same practical effect as votes against the proposal, the company said.

The resolution asks Phillips 66 to publish a report describing how it could shift from virgin to recycled polymers, assessing the resilience of its petrochemical assets under virgin-to-recycled transition scenarios. It also requests that the company to study the financial risks associated with such scenarios, according to As You Sow.

The company recommended voting against the resolution in a shareholder document, saying it was not “in the best interests of the company and its shareholders.”

Phillips 66 said it and CPChem “are committed to keeping plastic out of the environment and progressing toward a more circular economy where plastic packaging is reused, recycled or recovered.”

It pointed to its target goal of producing 1 billion pounds of circular polymers by 2030 via mechanical and chemical recycling, “which makes this proposal unnecessary.”

Phillips 66 also noted that it invests in chemical recycling companies Nexus Circular and Mura Technology, Infinity Recycling’s circular plastics fund and the Circulate Capital Ocean Fund, and it pointed out that it is a founding member of the Alliance to End Plastic Waste.

According to CPChem’s February 2022 investor update, its global plastic projects, some which await final investment decisions this year, would add 3.8 million metric tons to its worldwide olefins and polyolefins capacity.

“Petrochemical companies that are serious about their commitments to end or combat plastic pollution cannot justify continuous and rapid expansion of virgin plastic production,” said Joshua Romo, energy and plastics associate at As You Sow. “We hope this majority vote will motivate the company to thoroughly assess its exposure to the single-use plastic supply chain and provide investors with information on how it will decrease transition risk as the world moves away from virgin and single-use plastics.”

Action at ExxonMobil and Amazon

As You Sow had a similar proposal at ExxonMobil, which was voted on at the May 25 annual meeting. About 37.4% of shareholders voted in favor of the resolution, which asks ExxonMobil to publish a report describing the potential impacts of a significant reduction in virgin plastic demand on its business and quantifying how much of its plastic production is single-use.

Amazon shareholders, meanwhile, are set to vote on a resolution backed by conservation organization Oceana that calls for a study of the company’s plastic packaging at the May 25 annual meeting.

The resolution would require Amazon to report on its plastic packaging footprint and develop a plan to reduce its use of plastic. According to an Oceana press release, Amazon’s plastic use grew by 29% in 2020 to nearly 600 million pounds. However, the company disputes those numbers in a shareholder document, saying they overestimate the company’s plastics usage by more than 300%.

Over 35% of Amazon’s shareholders supported a similar resolution last year, the press release noted. The company has asked shareholders to vote against the resolution, saying in the shareholder document it is “committed to protecting the planet and recognize the importance of reducing plastic waste.”

Amazon said because it mostly resells other producer’s items, it is “helping other manufacturers reduce their use of plastic in packaging and reducing our own use of plastic for products repackaged for delivery.”

The company noted that as of June 2021 it has reduced the weight of outbound packaging by over 36% and eliminated more than 1 million tons of packaging material since 2015.

“We are working to increase the recycled content used in our packaging, which in 2021 increased from 25% to 50% for our plastic film bags, and from 15% to over 40% for our plastic padded bags,” the document said. The company also plans to replace the use of mixed paper-plastic mailers with a recyclable paper padded mailer by the end of 2022.

“Amazon’s plastic packaging generates a massive amount of waste, and plastic pollution is devastating our environment,” said Sara Holzknecht, Ocean’s field representative in Washington state, adding that the resolution “could be a game changer for the oceans and marine life.”

This story has been updated with new vote information.