Federal study finds 86% of US plastic landfilled in 2019 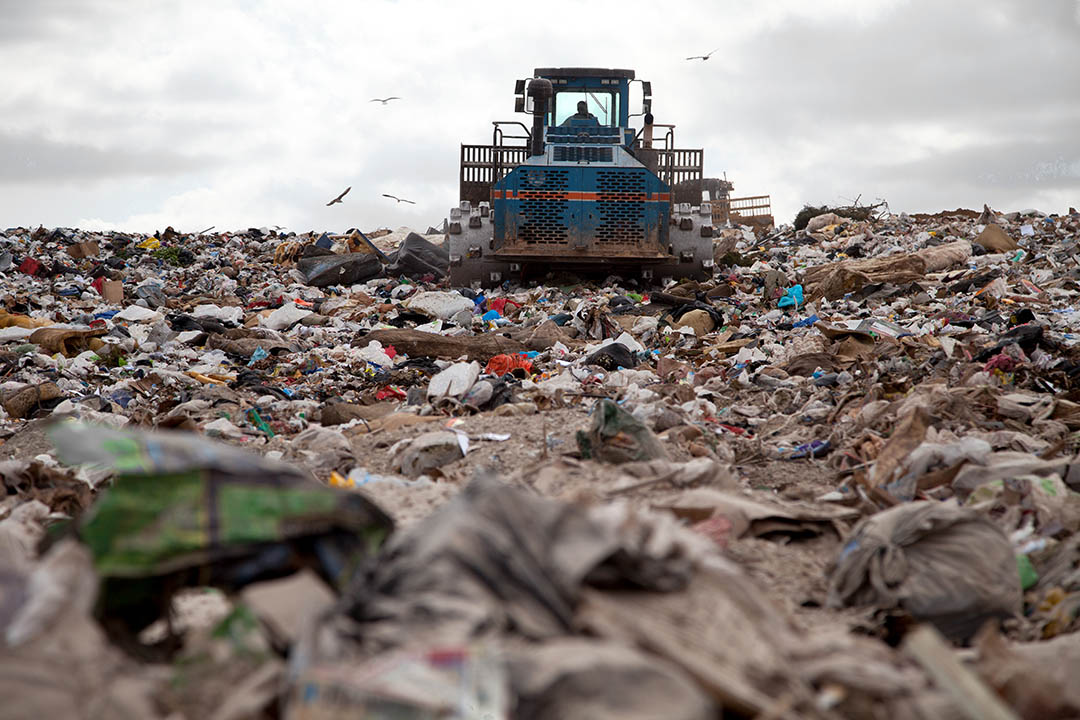 Federal researchers found study also found that only about 5% of discarded plastic in the U.S. was recycled in 2019, while 86% was left in landfills and 9% was burned to generate electricity. | Huguette Roe/Shutterstock

A study from the U.S. Department of Energy estimated the amount of plastic discarded in the U.S. in 2019 was 44 million metric tons, higher than other estimates.

Scientists at the U.S. Department of Energy’s National Renewable Energy Laboratory (NREL) calculated the number using a different methodology than the U.S. Environmental Protection Agency, a press release said, as the EPA puts the figure at 32.2 million metric tons.

The study also found that only about 5% of discarded plastic in the U.S. was recycled in 2019, while 86% was landfilled and 9% was burned to generate electricity.

“The researchers noted the amount of landfilled plastic waste in the United States has been increasing because of several factors, including low recycling rates, population growth, consumer preference for single-use plastics and low disposal fees in certain parts of the country,” the press release said. “The problem has been exacerbated by China’s refusal beginning in 2017 to import nonindustrial plastic waste from the United States.”

Beyond a physical plastic problem, the paper also framed the issue as one of energy loss. It found the energy value of landfilled plastic in 2019 was enough to supply 5% of the power used by the country’s transportation sector, or 5.5% by the industrial sector.

“For us to tackle plastic waste pollution, we really need to understand better where those resources are,” said Anelia Milbrandt, co-author of the study. “We would like to bring awareness to communities about the potential for these materials.”

In total, communities across the country spent about $2.3 billion on plastic disposal in 2019, and the report estimated that the market value of landfilled plastic ranges from $4.5 billion to $9.9 billion, or $7.2 billion on average.

“By identifying areas with large quantities of plastic waste, the scientists are hoping to highlight the economic opportunities that could arise by recovering their value through different processes,” the press release said.

The amount of landfilled plastic correlates with population size, the report found, as California, Texas and Florida are the three most populous states and also have the largest amount of landfilled plastic. An outlier is New York, which is fourth in terms of population but ships much of its landfill-bound plastic outside of the state, the study said.

“Plastic waste is not just an environmental issue. It’s a waste management issue. It’s also a land use issue because landfills are closing in many areas,” Milbrandt said. “What do we do with all that waste? It has to go somewhere. I believe local governments and industry developers will see a benefit of this report by providing them information to support decisions.”

The research paper, “Quantification and evaluation of plastic waste in the United States,” will be published in the August edition of the the journal Resources, Conservation & Recycling.