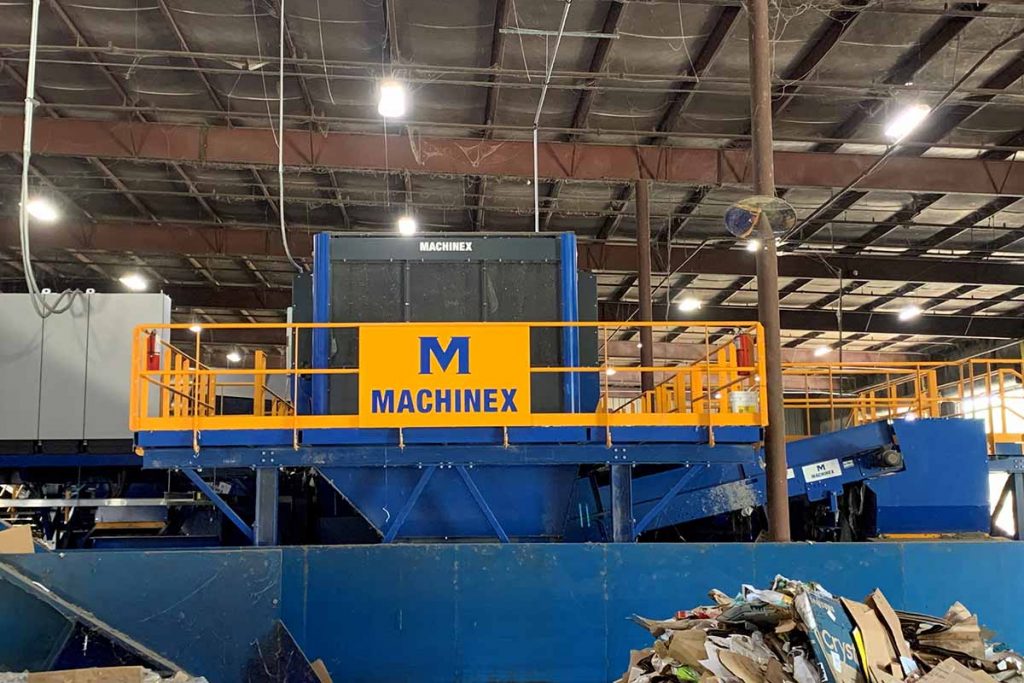 Pratt Industries may be primarily focused on recycling fiber into cardboard boxes, but with higher scrap plastics prices, the company also saw a business opportunity in boosting PET and HDPE bottle sorting.

The 100% recycled cardboard manufacturing giant last year upgraded two of its materials recovery facilities (MRFs), which sort and bale curbside recyclables either for consumption by Pratt mills or for sale to other recycling companies.

The upgrades occurred at Pratt MRFs in Duncan, S.C. and Fayetteville, N.C. and were each “multi-million-dollar investments,” that improved the company’s ability to recover PET and HDPE, said Kurt Schmitz, senior vice president of Pratt Recycling.

In Duncan, Pratt’s MRF sorts about 15,000 tons of recyclables per year from the city of Greenville and surrounding areas. For the upgrade, Machinex added a MACH Ballistic separator, which sorts two-dimensional objects, such as paper and cardboard, from 3D ones, such as plastic containers, while also removing fines. That ballistic separator replaced an older rubber disc screen.

The Quebec-based company also equipped the facility with MACH Hyspec optical sorters to sort fiber and PET/HDPE, according to a Machinex press release. That retrofit took place in June 2021.

Schmitz said prior to the installation of the optical sorters all PET and HDPE were manually sorted.

Later in the summer, Machinex retrofitted Pratt’s Fayetteville MRF, which sorts up to 20,000 tons per year from Fayetteville and surrounding areas. Machinex installed a MACH Ballistic separator and two MACH Hyspec optical sorters.

Schmitz said one optical sorter was installed behind the ballistic separator on the 2D fraction. That optical is removing contaminants from the paper stream. The other optical sorter is a dual-eject system that’s targeting both PET and HDPE. Before the optical sorters were installed, all containers were manually picked, he said.

“Good commodity prices and improved recovery rates from residue were the driving factors to install the optics,” he said.

That project began in July and was completed in August 2021.