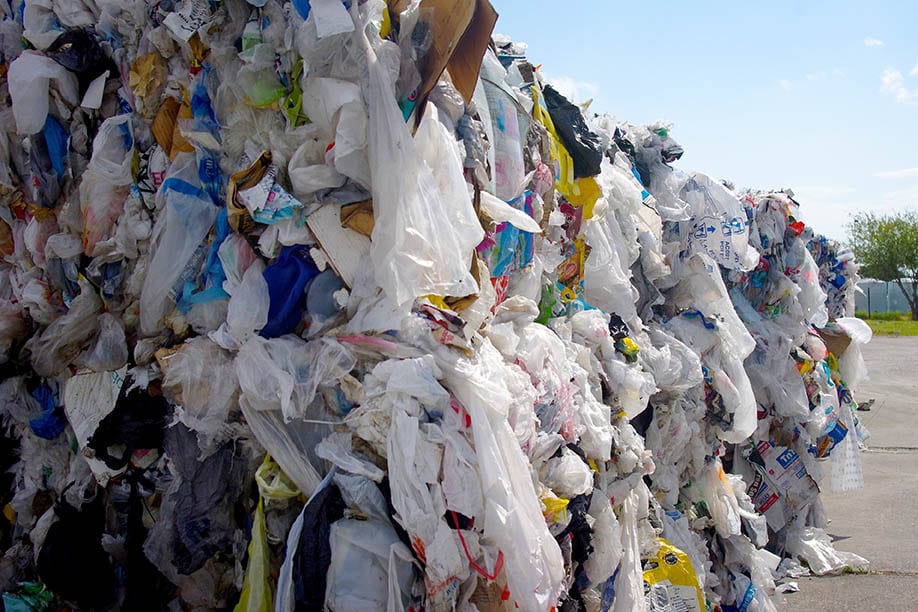 GDB in installing additional post-consumer resin processing lines, which will give the company a total production capacity of 80 million pounds per year. | PhilipR/Shutterstock

GDB originally shipped the film it collected out of the U.S., until China’s National Sword went into effect in 2018. “We decided to do here what our customers had been doing” overseas and process the scrap in-house, Bagaria said.

“The China problem was a blessing in disguise for our recycling industry in the U.S.,” he added.

‘The start of the relationship’

Bagaria did not disclose the cost of the project.

“Erema is a great partner in this,” Bagaria said, adding that buying the machinery is not the end of the transaction but rather “the start of the relationship.”

Erema has helped with installation and training and will help with servicing the machines, he said.

After the new lines arrive at GDB’s Mount Holly, N.J. facility in April, GDB will be able to produce 80 million pounds of PCR per year, up from 18 million pounds per year currently.

Eventually, the three original lines will be relocated to Mount Holly from the current New Brunswick, N.J. facility due to space constraints.

Bagaria said GDB is also looking to add more warehouses in the coming years across the country for more efficient scrap collection and distribution. The company also plans to eventually add extruders to all seven of GDB’s locations to reduce transportation costs.

“We’re very excited,” he said. “We’re blessed with such a wonderful team of people who continue to work hard every day. That’s how we are who we are.”