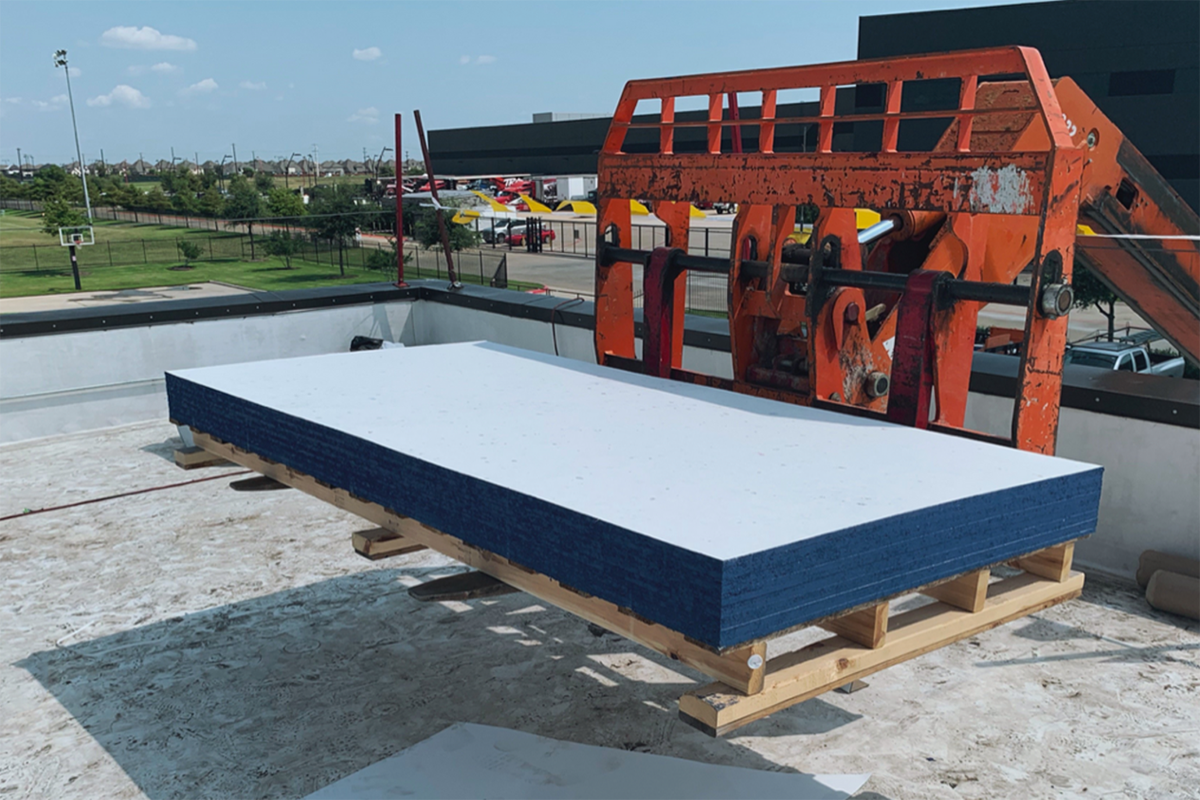 Every 1,000 square feet of Everboard prevents about 1 ton of mixed paper-plastic from going to landfill. | Courtesy of Continuus

Within three years, Waste Management could be sending 150,000 tons of mixed paper and plastic each year to a factory that will recycle the otherwise-landfill-bound material into a high-quality roofing board.

In an interview with Plastics Recycling Update, Tara Hemmer, chief sustainability officer for Waste Management, provided more details on the company’s recently announced Continuus Materials joint venture. With its production facility in Des Moines, Iowa, Continuus Materials recycles mixed paper and plastic scrap into Everboard, a board that big-box stores, distribution centers and others use on their flat or relatively flat roofs.

By far the largest MSW hauler and curbside recycling company in North America, WM plans to help scale up Continuus’ production of Everboard with a new plant. The existing Des Moines factory produces roughly 7 million square feet of Everboard a year. According to a WM press release, the planned plant will, within three years, be producing up to 150 million square feet.

The Continuus plant will use sorting technologies to remove materials other than paper and plastics. WM will also look to recycle commodities removed during that process, including aluminum, she said. WM produced a video that shows some of Continuus’ production process.

Overall yields from incoming streams “will really be dependent on the types of feedstock that we’re able to tap into,” she said. She said she couldn’t disclose details of the financial arrangement, including whether Continuus will charge tipping fees or purchase the feedstock.

In terms of the finished product, every 1,000 square feet of Everboard prevents about 1 ton of mixed paper-plastic from going to landfill, Hemmer said. The makeup is roughly 60% fiber and 40% plastic, so the total production volume from the new plant could total roughly 90,000 tons of fiber and 60,000 tons of plastic a year.

Compared with the amount of commodities WM sells each year, those amounts are relatively small. For comparison, WM in 2020 sold 7.74 million tons of paper and 500,000 tons of plastic. 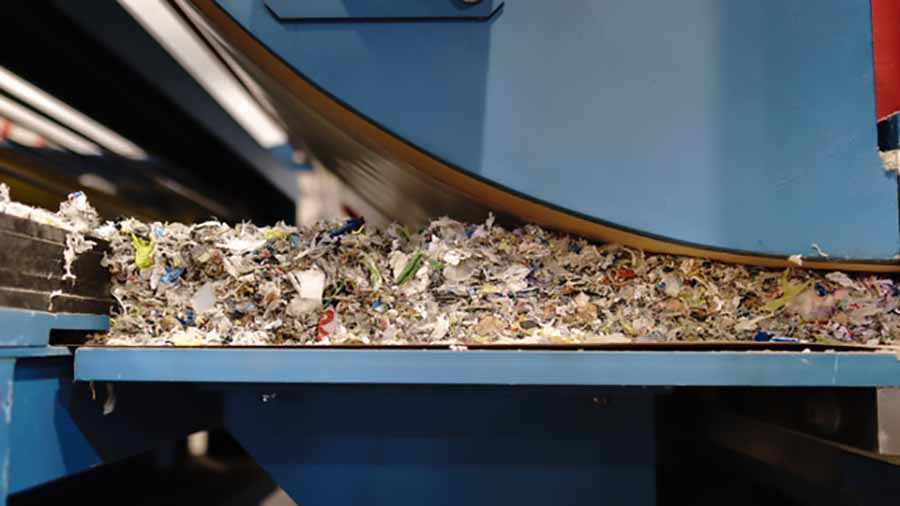 According to a WM press release, the planned plant will, within three years, be producing up to 150 million square feet of Everboard.

Continuus currently uses cartons and plastic-lined cups as feedstock. WM anticipates the new plant will also be able to consume cartons, depending on feedstock availability and whether there are alternative outlets for cartons, Hemmer said.

Hemmer said the location of the upcoming plant is expected to be finalized and announced in March or April, with a groundbreaking expected in early 2023 and a start-up in early 2024. Additional plants are envisioned, according to WM.

WM wants to use the facility to help its broader customer base, including national accounts, Hemmer said. That being said, “we’ll also examine, depending on what markets we go into, if there are others that want to utilize the facility.”

Hemmer said WM sees the Everboard plant as complementary to its existing recycling programs, which will still receive collected recyclables. She noted WM is planning $200 million in upgrades to its MRFs this year.

“We really do view the solutions that we’re trying to build – and the capability that we’re trying to build – as a mosaic,” she said. “Our traditional recycling facilities serve a purpose: OCC, PET and some of the more mature things that have more robust markets. This is a great example of us providing solutions for those things that are harder to recycle.”

A version of this story appeared in Resource Recycling on February 1.