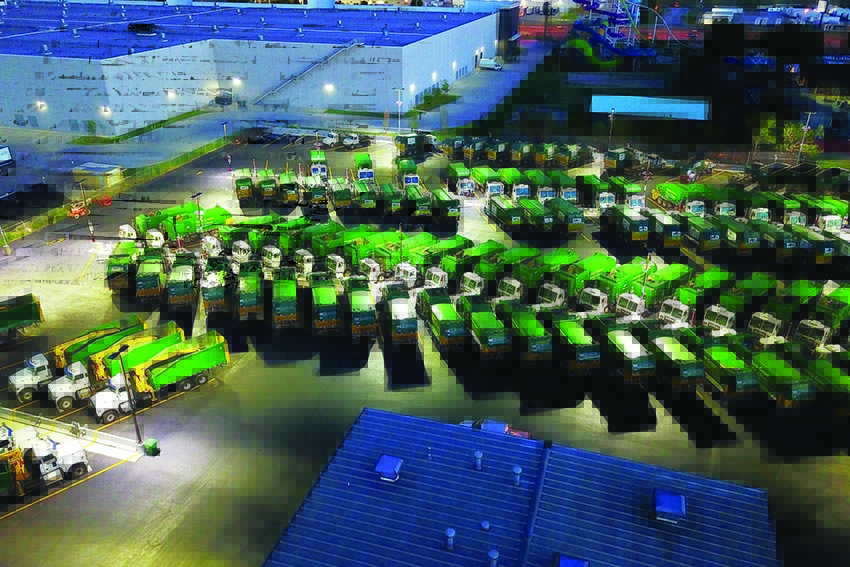 A report from Waste Management describes how the pandemic shifted the composition of the curbside stream from paper to plastic last year. The document also provides insights into the company’s domestic market expectations and recycling investments.

Waste Management, the largest recycling company in North America, handled 15.03 million short tons of recyclables in 2020, down from 15.51 million short tons in 2019. That’s according to the publicly traded company’s 2021 sustainability report, which was released Oct. 13.

The decrease was in large part due to a substantial decline in recovery of paper, which is, by weight, the largest stream that the company handles. The company recycled 7.74 million tons of paper in 2020, down from 8.08 million tons the year before.

Some of that was because of the pandemic, according to Waste Management (WM). Paper recovery was particularly impacted by the commercial sector shutdowns in early and mid-2020, the company reported.

“Overall recycling volumes decreased in 2020, due primarily to reduced activity in the commercial and industrial sectors during the pandemic,” the company wrote. “However, WM continued recycling even when commercial businesses were closed, providing material for paper mills and other facilities to produce packaging for essential consumer products.”

The company recovered significantly more plastic in 2020. Waste Management handled 1.00 billion pounds of plastic, up from 807 million pounds in 2019.

WM wrote that all of the residential plastic it collects in the U.S. is sold to domestic markets. The company added that the opening of new paper mills that rely on recovered fiber “has created more domestic recycling opportunities.”

“These changes give us reason to be optimistic about sustainable recycling in the future,” the company wrote.

The company offered details on market demand for paper and plastic.

On the fiber side, OCC and mixed paper have seen “robust end-market demand” over the past year and more, the company wrote, adding that “our reliance on these materials became clear during the pandemic.”

Recovered plastic markets began to improve “as the economy began to recover from COVID-19,” the company reported.

“This is primarily due to the commitments that manufacturers have made to using post-consumer content in their packaging,” Waste Management added. “By mid-2021, pricing for #1 PET (water and soda bottles), #2 HDPE (milk jugs) and #5 PP (yogurt and cottage cheese containers) reached an all time high. Demand for these materials exceeded the supply of material collected for recycling. These robust market conditions have supported significant investments in recycling infrastructure, further strengthening recycling programs in North America.”

The company added that minimum-post-consumer-content mandates, which are being considered in a handful of states and approved in others, will “further encourage businesses to make the shift” to using recycled feedstock.

Waste Management referenced its investments in U.S. recycling, spending that has totaled $100 million annually over the past three years. This spending has gone into construction of five new MRFs and equipment upgrades at 26 facilities, the company reported.

Additionally, the company pointed to a few notable projects that it has undertaken to improve its recycling system.

For one, the company described its Smart Truck technology project. This is essentially a partially automated cart inspection and contamination notification system. The company has outfitted collection trucks with cameras that take photos of contamination in bins. The photos are reviewed by Waste Management employees and customers are notified of contaminants in their bins.

“These instances are recorded on the truck’s onboard computer so that WM can track contamination patterns using AI technology,” the company wrote. “Our research confirms that giving customers immediate, specific feedback about contamination in their carts is the best way to improve the quality of recyclables collected for processing.”

So far, the technology has been used primarily in the commercial sector. Waste Management cited one example in Northern California. The Smart Truck program was rolled out in a local fleet of collection trucks serving commercial customers, and within three months of logging contaminants and notifying customers, contamination had reduced by 89%.

The company is beginning to pilot this technology among its residential customers, according to the report, and it plans to use cart tags for these customers.