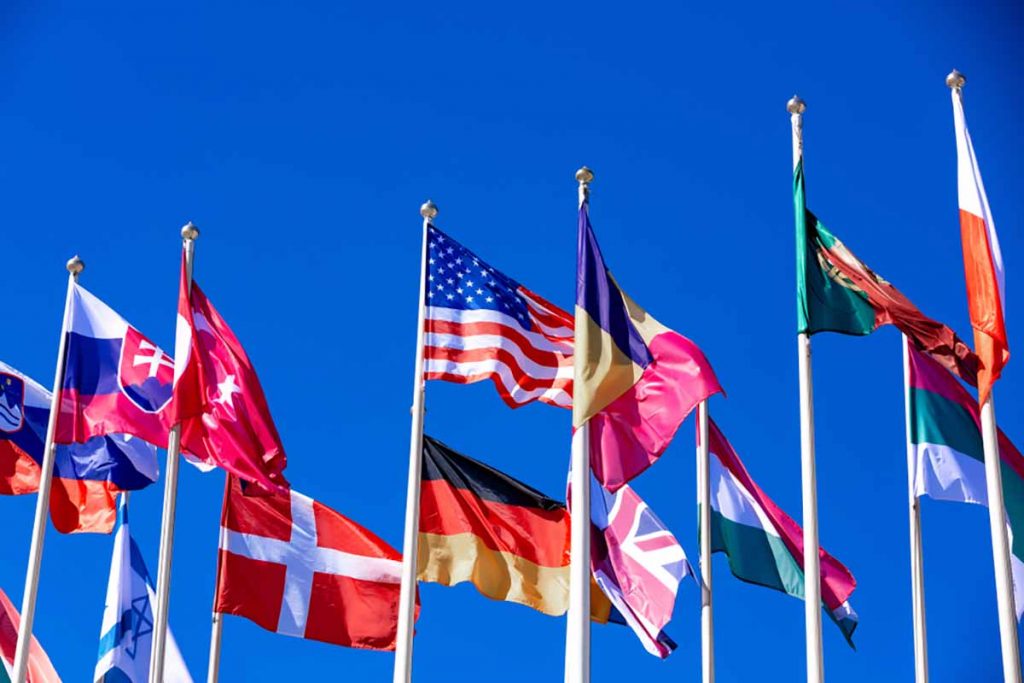 The U.S. Secretary of State has indicated U.S. support for a global plastics pollution treaty. | Gerain0812/Shutterstock

The U.S. has signaled support for a worldwide agreement to reduce marine plastic pollution. Meanwhile, the EU is drafting stricter export rules, a watchdog group is mapping plastic dump sites, and researchers shared findings on the greenhouse gas impacts of virgin plastic shipments.

U.S. follows many other countries calling for plastic treaty

In recent months, momentum has been building for a worldwide agreement to tackle plastic pollution.

In September, the governments of Ecuador, Germany, Ghana and Vietnam organized an international conference on marine litter and plastic pollution. During that conference, attending delegations finalized a Ministerial Statement that called for a “Global Agreement.”

The statement said a treaty should include “ambitious objectives, suitable indicators, and the measures necessary to achieve the elimination or minimization of all negative impacts of plastic throughout its life cycle, including the significant reduction and progressive elimination of direct and indirect discharges of plastic into the environment, sustainable alternatives and the reduction of virgin plastic production.”

More than 70 countries had endorsed the statement at the time of the conference, although the U.S. was not on the list of endorsements. However, recent statements from Secretary of State Anthony Blinken suggest the U.S. will indeed endorse such an effort.

Blinken addressed the United Nations in Nairobi, Kenya, expressing U.S. support for a global plastics pollution treaty. He said the U.S. is in favor of “multilateral negotiations on a global agreement to combat ocean plastic pollution.”

Blinken said the negotiations will kick off at the U.N. Environmental Assembly in February.

“Our goal is to create a tool that we can use to protect our oceans and all of the life they sustain from growing global harms of plastic pollution,” he said.

He also referenced the 2020 Save Our Seas 2.0 legislation, which won Congressional approval a year ago. The bill authorizes grant funding for municipal recycling, calls for U.S. EPA research into various impacts of plastic, and creates a prize to incentivize projects looking to prevent marine debris in a number of ways.

“Innovation is crucial, and on this, the United States is leading by the power of our example, such as the U.S. Department of Energy’s Plastics Innovation Challenge, which is investing millions of dollars of research in national labs, universities, and industry to make leaps in areas such as developing new plastics that are recyclable by design,” Blinken said.

Blinken also referenced several domestic plastics recycling efforts in Kenya, offering them as examples of innovations coming “not from government or industry, but from individuals.”

The European Commission, the executive branch of the European Union, is working to expand regulation of recovered material exports from its member countries.

The goal of the process is to “protect the environment by facilitating shipments within the EU, in line with circular economy principles, guaranteeing that waste shipped outside the EU is managed in an environmentally sound manner, and addressing illegal shipments of waste within and outside the EU,” according to a staff memo outlining the regulations.

The proposed export changes focus on how material can be shipped to countries that are not part of the Organization for Economic Cooperation and Development (OECD). Non-OECD countries are generally considered to be developing nations.

Commission staff recommend the regulations be amended so that recovered material can only be exported to non-OECD countries “that demonstrate their ability to treat certain waste,” and ensuring exporters verify that the downstream facilities properly handle the materials.

The proposed regulations also include new rules for shipments between EU member states and efforts to increase enforcement of illegal shipment activity.

BAN, the advocacy organization, also launched what it is calling “the Atlas of Plastic Waste.” The project has a goal of “mapping thousands of plastic waste dumps scattered around the world,” the group said in a release.

The atlas, which is a collaborative effort between BAN and academics at Columbia and Yale universities, will use user-submitted information, as well as satellite and computer technology, “to identify and map sites in every country where plastic waste ends up in the terrestrial environment.”

Gathered data will be made publicly available on BAN’s website “once it has been verified,” the organization stated.

Academics at the University of Pittsburgh recently published their findings after exploring the environmental impact of virgin plastic shipments around the world.

Among other findings, the researchers noted that a majority of the largest plastic producing countries are exporting more plastics than they import.

“Saudi Arabia is the leading exporter, followed by the U.S., South Korea, Germany and Belgium,” the researchers wrote. “The top five importers of primary plastic resins are China, Germany, the U.S., Italy and India.”

The study identified a handful of environmental impacts, including greenhouse gas emissions and energy use, associated with shipping this virgin plastic between countries. They also noted that recycling can play one role in the solution.

“Using more recycled plastics instead of creating new resins that eventually make their way to landfills would be substantially better for the environment; however, financial and behavioral barriers both need to be addressed before a true circular economy for plastics can become a reality,” the researchers stated.