California is back at the center of plastics recycling debate 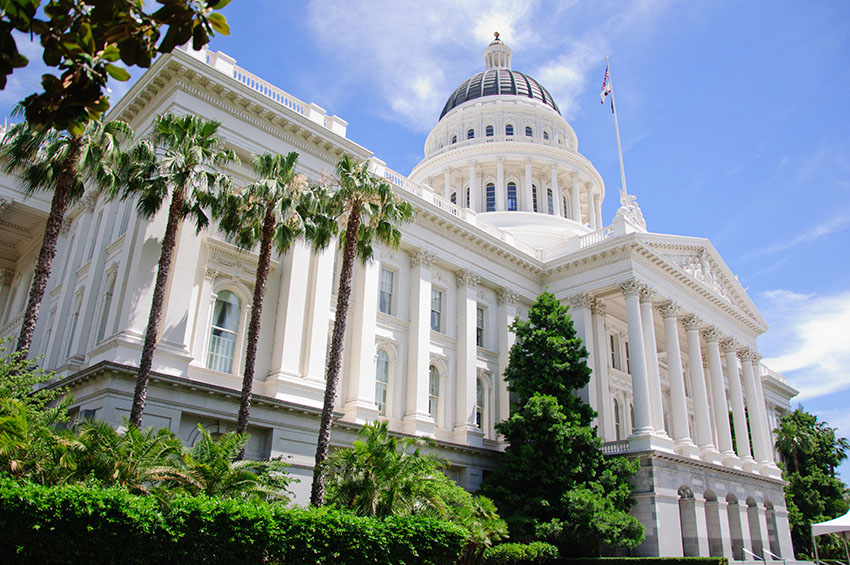 A bill approved by California legislators has substantial implications for how common plastic packaging items are labeled, and it could have significant recycling implications across the nation in the coming years. | Feoktistoff / Shutterstock

Producers would need to meet strict criteria to use the “chasing arrows” symbol on their plastic packaging in California under a bill approved by lawmakers last week. An industry group says the move will harm polypropylene recycling.

Senate Bill 343 passed the California Assembly on Sept. 8 and passed the state Senate on Sept. 9. The bill, authored by Sen. Ben Allen, a Democrat, now heads to Gov. Gavin Newsom’s desk for a signature.

The bill has substantial implications for how common plastic packaging items are labeled, and it could have significant recycling implications across the nation in the coming years.

Under California law, all rigid plastic bottles and containers sold in the state must be labeled with their resin code. But SB 343 specifies that that numeric code cannot be included inside the “chasing arrows” symbol unless the product is recyclable, under specified criteria.

The number within the arrows is a nearly universal labeling practice across the country, and it has come under scrutiny for misleading consumers into believing the arrows indicate recyclability, according to advocates of the California bill.

“Based on current trends, the only plastics that would likely be allowed to be labeled with a chasing arrows symbol under the considerations of this bill would be PET No. 1 and HDPE No. 2 plastic bottles and jugs,” a legislative analysis stated.

That means a significant impact for products and packaging made from other resins. Producers could face a decision of redesigning their resin code labeling for products in California alone or doing so for a wider geography.

The latter option, however, is complicated for some products. According to PackagingLaw.com, at least three dozen states have their own laws requiring resin codes on plastic containers. Oregon and Washington previously had those requirements but repealed them in recent legislation.

And some of those laws require the exact labels that California’s law would restrict. Many of the states use the same language, including specific details of how the resin code must be displayed on all rigid plastic bottles and rigid plastic containers sold in the state.

The “code shall consist of a number placed inside a triangle and letters placed below the triangle,” according to Massachusetts state law. “The triangle shall be equilateral, formed by three arrows with the apex of each point of the triangle at the midpoint of each arrow, rounded with a short radius.”

The same wording appeared in Oregon before it was repealed in the state’s recent recycling system overhaul, and it appears in Arizona, Colorado, Georgia, Missouri and elsewhere.

Allen, the California bill’s author, outlined the pressures the recycling industry has faced in recent years, including China’s import restrictions and the U.S. market collapse, and he said recycling contamination rates are compounding those challenges.

“SB 343 will reduce contamination by clearly labeling which materials [go] in the blue bins, thereby improving real recycling rates,” his office wrote in a fact sheet on the bill.

In a Sept. 9 press release, the National Stewardship Action Council (NSAC) noted the changes would reduce confusion among consumers.

“The state owes it to consumers to make sure that the symbol they associate with being recyclable actually means what they think it does,” NSAC Executive Director Heidi Sanborn stated in the release.

Opponents of the bill say it will lead consumers to dispose of products that are currently recycled, particularly materials such as polypropylene that are the focus of market development efforts. The Plastics Industry Association said the legislation “puts more plastic in landfills, not less,” primarily because of the strict recyclability criteria.

“A number of common plastic products like yogurt cups and microwavable trays would be deemed unrecyclable and, therefore, would be landfilled,” stated Matt Seaholm, vice president of government affairs for the industry group.

The polypropylene debate is similar to industry dialogue that came in the wake of a report this summer that suggested numerous changes to California’s recycling system. That analysis, prepared by a California government-convened commission, recommended the creation of a statewide list of “recyclable” plastic materials that, initially, would include only PET and HDPE.

In addition to the Plastics Industry Association, other groups opposed to SB 343 include the American Chemistry Council (ACC), AMERIPEN, the Food Packaging Institute, the Consumer Brands Association, the EPS Industry Alliance, the Flexible Packaging Association and several additional industry associations, according to a legislative analysis.

In a statement included in the legislative analysis, the opposition groups said they expect CalRecycle will “establish a list of recyclable materials that is extremely limiting and similar to the list the Statewide Commission on Recycling Markets and Curbside Recycling developed, which includes only 15 materials consisting of 8 paper materials, 2 forms of glass, 2 types of metals and 2 types of plastics and one type of colored plastic.”

The group said such a list “will have resounding impacts on the ability of the state to reach their 75% diversion goals and hinder the state’s ability to adopt and implement a comprehensive circular economy solution to packaging.”

The Association of Plastic Recyclers (APR) had a mixed response to the legislation.

In a statement to Plastics Recycling Update, APR President and CEO Steve Alexander said the group “supports the intent of SB 343 to improve truth in labeling around environmental claims, including those pertaining to recyclability.”

“However, as we have expressed to the authors of the legislation, we continue to have concerns that language in the bill could interfere with the growth of emerging recycling markets, potentially reducing volumes of material collected, especially for developing markets such as film plastics and polypropylene,” Alexander added. (APR owns Resource Recycling, Inc., publisher of Plastics Recycling Update.)

Existing California law states that both explicit and implied environmental marketing claims should be substantiated by evidence to prevent deceiving consumers about environmental impacts of products, according to a legislative analysis of the new bill. Those existing legal protections have been the basis of several lawsuits in recent years about recyclability claims.

The new law would bolster the restrictions on products that don’t meet the requirements. And, notably, the law would set strict criteria for how recyclability is measured.

The California Department of Resources Recycling and Recovery (CalRecycle) would develop and publish a “characterization study of material types and forms that are collected, sorted, sold, or transferred by solid waste facilities,” a study that would be updated every five years.

The materials identified in that study would be tested against recyclability criteria to determine how they can be labeled.

According to the bill text, for plastic packaging to be considered recyclable, it would need to be collected in recycling programs covering 60% of California’s population. In those programs, the packaging needs to be separated into “defined streams for recycling processes” and sent to reclaimers for recycling.

The legislation also states that material needs to be handled in a manner “consistent with the requirements of the Basel Convention,” suggesting recovered plastic that is exported would not be considered “recyclable” for labeling purposes. (A separate bill that categorizes exported scrap plastic as material going to disposal, rather than counting toward recycling goals, also passed the legislature last week.)

Additionally, the criteria would set limits on the amount of perfluoroalkyl or polyfluoroalkyl substances (PFAS) that can be included in a packaging material for it to be considered recyclable.

A packaging format can also be automatically considered recyclable if it has a 75% recycling rate in California, meaning that it is sorted, baled and reprocessed into new products.

For materials not collected in curbside programs, a product or packaging type would be considered recyclable if 60% (and, beginning in 2030, 75%) of the material sold into the state is recovered and if that material has enough commercial value to be effectively recycled.

A version of this story appeared in Resource Recycling on September 14.