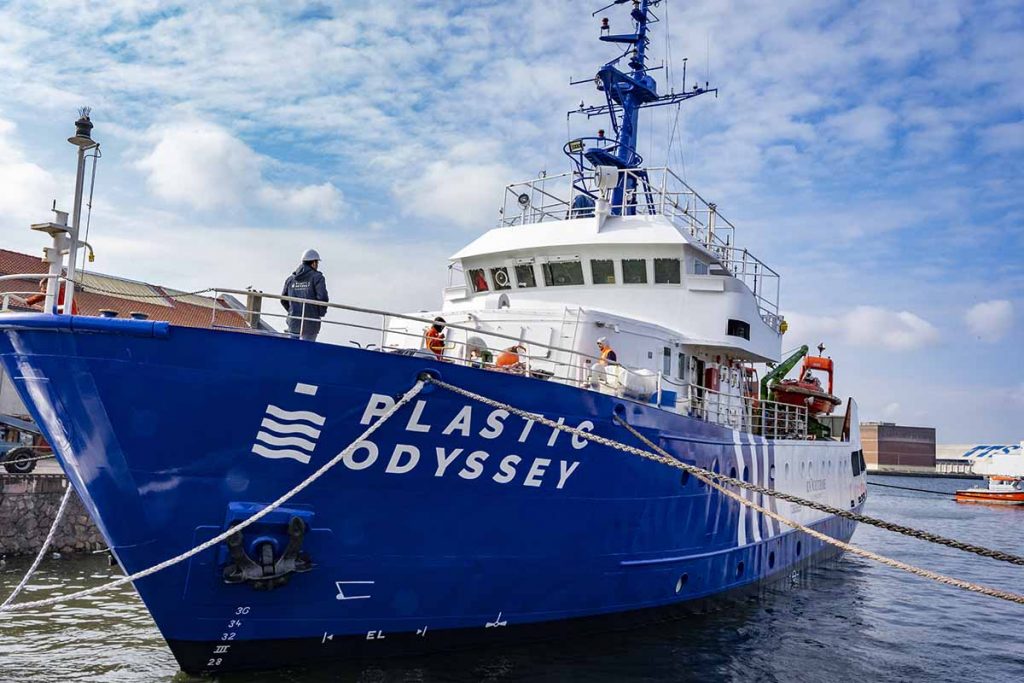 Plastic Odyssey, a project that will demonstrate open-source plastics recycling equipment and business models in countries without developed waste management infrastructure, is preparing to embark on a trip around the globe.

Based in France, Plastic Odyssey will send a vessel with demonstrative plastics recycling equipment onboard around the world for a three-year trip. The vessel will have 30 main stopping points across three continents.

Its goal is simple: to increase recovery and recycling of plastics in areas with inadequate waste management infrastructure, and to do it in a low-cost, low-tech manner. The vessel will carry a team of engineers, sailors, recycling experts and others, as it travels out of France to the Mediterranean, South America, Africa and Asia.

On board the ship will be a full plastics recycling line and pyrolysis unit, which the team will demonstrate and share plans for in each community it visits. The team will also work with local leaders on how such a system could best be modified to meet the area’s needs.

“We don’t want to only bring knowledge, because that’s not the right approach. That’s why it’s open source as well,” said Simon Bernard, CEO and co-founder of the project, in an interview. “We just share part of the solution, and what we want is that local communities can take the solutions, adapt, transform, and make something that answers a need locally.”

He added that engaging local communities is a key component of the project, because “what works in France or in the U.S. won’t necessarily work in Indonesia.”

He said the project wants to bring two main benefits through supporting plastics recovery efforts in the communities it visits, by “having the waste collected because it has a value and enabling people to make a living and create local economies.”

The Plastic Odyssey project has been in the works for five years and is planning to launch late this year. The 128-foot vessel has recently completed demonstrations in France and is slated to begin its travels in the Mediterranean in the coming months.

The equipment system Plastic Odyssey will be demonstrating and recommending is a patent-free shredding, washing and extruding line. It is engineered to be as low-tech as possible, so it can be installed and serviced by non-experts. 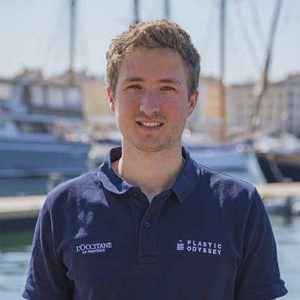 The project team built a prototype of the equipment line in Marseille, employing a team of builders who were not experts in recycling systems.

“They were not used to building recycling machines at all. They were just welders but they were able to build these machines in Marseille for very low cost,” Bernard explained.

The team concluded that if workers with general construction skills but without recycling expertise could build the system in Marseille, then that process could be replicated in other countries.

The processing line begins with a sorting mechanism, which uses an infrared spectrometer, Bernard said.

As one example of the low-tech methodology, Bernard noted the equipment development team was able to reduce the cost of the spectrometer component by using stepper motors from CD players. This and other design choices helped to “reduce drastically the price of the spectrometer and have quite a low-tech device but working to identify and sort the plastics,” Bernard said.

The processing steps include a shredder, which Bernard described as “very robust and low-cost,” a washing tank to wash the resulting plastic flakes, a dryer and an extruder.

Plastic Odyssey is also bringing a pyrolysis unit for materials that are not easily recycled through mechanical processes, Bernard explained.

Aiming for demonstration and inspiration

The voyage has two goals in bringing this recycling line to the communities it visits, the first being demonstration, to convince local investors and decision-makers to replicate the machines in their own communities.

The second goal is to use the onboard recycling line as a lab to experiment with different end products. The project team will accept proposals from interested local parties during its stops, and the equipment and resources will be available to help inspire local recycling projects.

“We use the boat and the machine as an incubator,” Bernard said. “We select people, we select projects and entrepreneurs, we invite them onboard during the stopovers, two to three weeks, and we support them to develop their project and find products that they can make using the simple machines and answering local needs.”

“That’s really the idea, is to have a database of drawings, blueprints of machines, technology, but also a database of business blueprints, open-source ways to turn waste into something valuable and make profitable businesses,” Bernard said.

The equipment will also help the team generate data about discarded plastic in different areas of the world.

Bernard said the project chose to promote recycling as a pollution prevention strategy in part because helping to supply low-cost equipment can relatively quickly and economically begin to make a dent in the pollution problem.

“We knew that there were a lot of solutions already accessible, and that with all the knowledge, with all the know-how that you can find in these countries, if you just bring this missing part, we thought we could have an impact quite rapidly and also enable people to make a living with something viable,” he said.