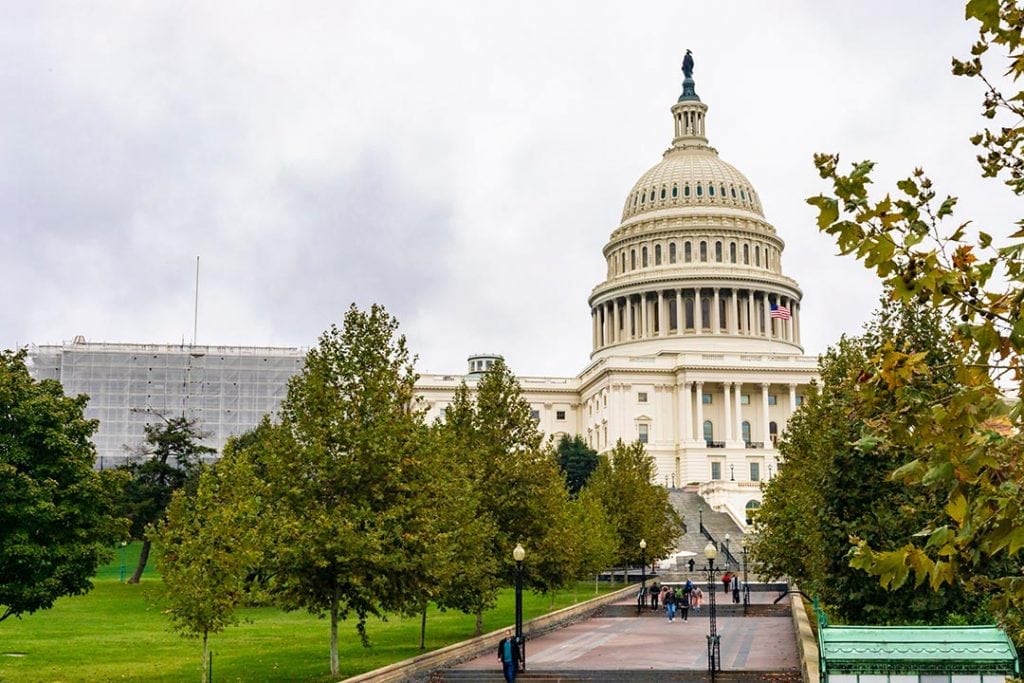 The bill taxing virgin resin is just one of several pieces of plastics recycling-related legislation in Congress and statehouses this year. | Kurt Pacaud / Shutterstock

A national virgin resin surcharge would help improve the economics of using post-consumer plastic, according to a proposal introduced in Congress this month.

Sen. Sheldon Whitehouse, D-R.I., on Aug. 5 introduced S. 2645, the Rewarding Efforts to Decrease Unrecycled Contaminants in Ecosystems (REDUCE) Act. It was read twice and referred to the Senate Committee on Finance.

The bill creates a tax on virgin resin, starting at 10 cents in 2022 and increasing to 15 cents in 2023 and 20 cents in 2024. In subsequent years, the tax would be updated based on cost-of-living adjustments, according to the bill text.

The legislation is just one of several this year that address recycling. Others include extended producer responsibility (EPR) bills that were signed in Maine and Oregon, as well as the national infrastructure funding bill, which would fund a new federal recycling grants program.

In announcing his proposal, Whitehouse’s office said the bill creates “a powerful new incentive to recycle plastic,” and that the proposal would “help recycled plastics compete with virgin plastics on more equal footing,” as well as holding the plastics industry “accountable for its harms to the climate, oceans, and minority and low-income communities.”

The tax would cover virgin resin used to make single-use plastic packaging, beverage containers, bags and foodservice products, according to the announcement. Rebates would be available for certain product types, such as packaging for medicine.

Besides incentivizing recycled resin use, the bill would generate a pot of money for a “Plastic Waste Reduction Fund,” which would carry out various plastic waste reduction and recycling activities, the bill states.

The American Chemistry Council (ACC), which represents resin producers among other industry sectors, responded in opposition to the bill. The group said the proposal “takes a piecemeal approach by adding an excise tax on certain plastics sold, plus a series of confusing rebates that appear to pick winners and losers among consumer product companies, with some paying the tax and others receiving a rebate.”

The group referenced its recent outline of actions it has called for Congress to take, including mandating 30% recycled content in plastic packaging nationally by 2030.

The resin fee proposal comes during a time of heightened legislative activity in the plastics recycling space.

At the state level, Maine and Oregon recently approved EPR legislation covering plastic packaging, the first U.S. states to do so.

And at the national level, this month brought news that the Infrastructure Investment and Jobs Act, the massive infrastructure bill that has now passed the U.S. Senate, included authorization for a grant program funding recycling measures.

The infrastructure bill rolled the Recycling Enhancements to Collection and Yield through Consumer Learning and Education (RECYCLE) Act into the infrastructure legislation. The RECYCLE Act was first introduced in 2019, proposing to create a grant program for recycling outreach and education.

“One of the obstacles to strong neighborhood recycling programs is confusion by consumers about what can and can’t be recycled,” said Sen. Debbie Stabenow, D-Mich., in a release about the bill’s inclusion. “This bill will address that confusion and help improve the sustainability and efficiency of recycling programs across the country.”