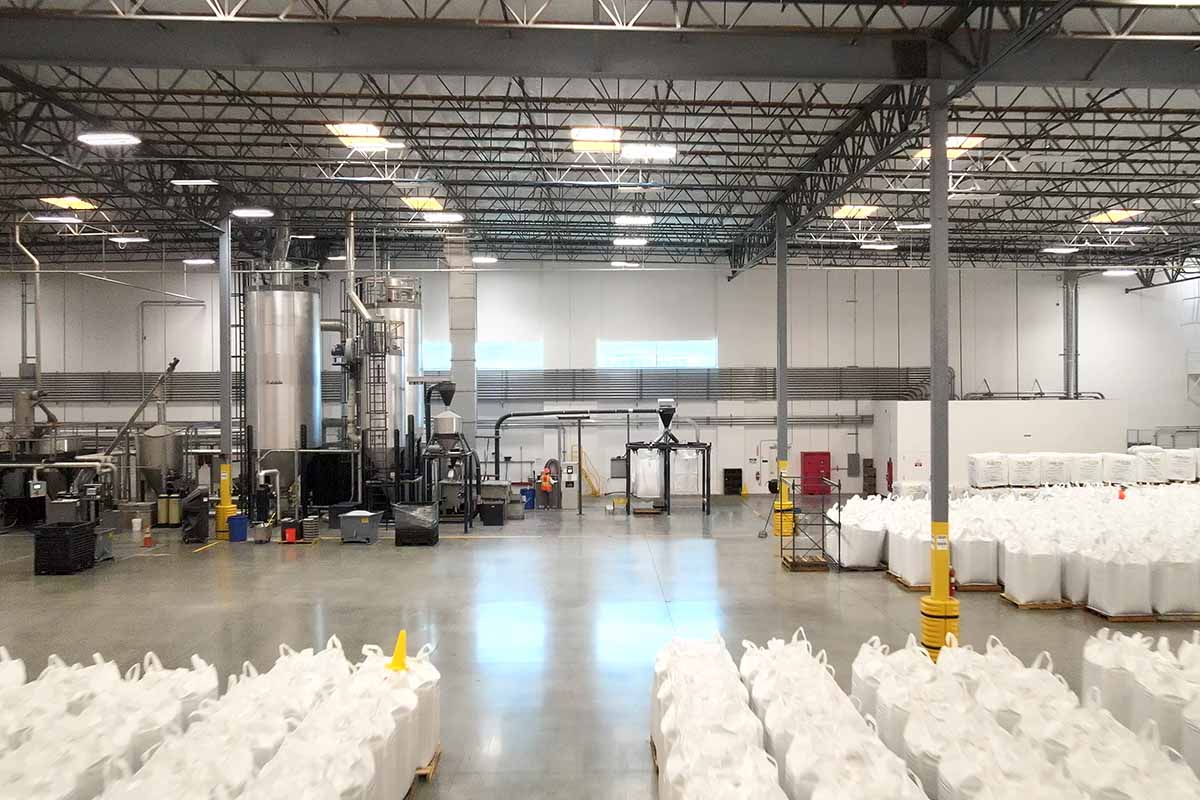 CG Roxane’s San Bernardino, Calif. facility is capable of processing 35 million pounds of RPET annually. The new plant in Tennessee will have the same capacity. | Courtesy of CG Roxane

CG Roxane has broken ground on a recycled PET facility in Tennessee that’s slated to open within a year. The company says the new site will help it hit 50% RPET in its products nationally.

The San Bernardino site, opened in November 2019, was the company’s first RPET plant. That facility, which is also capable of processing 35 million pounds annually, sources most of its recycled plastic from the Los Angeles area, according to a company fact sheet.

CG Roxane’s San Bernardino RPET plant brings in washed post-consumer PET flakes and processes them into pellets about the size of rice grains, Genthe said. The pellets are then shipped to two CG Roxane bottling plants, where the pellets are blended with virgin plastic and molded into bottles with at least 50% RPET.

The Tennessee facility will operate similarly to the California location.

Genthe noted that the RPET flakes purchased from recycling partners can include green and blue PET. As a result, in thicker parts of the Crystal Geyser bottles, such as the neck and base, there can be a slight darkening of the plastic.

The company framed the latest move as a way to significantly increase its recycled plastic use and prepare for current and future regulations.

“This expansion will allow CG Roxane to further its goal of reaching a minimum of 50% RPET content nationally, and puts it ahead of the curve in terms of the minimum RPET content legislation within the states its facilities serve,” a company spokesperson told Plastics Recycling Update.

The San Bernardino facility has enabled CG Roxane to produce bottles using a minimum of 50% RPET at its Mt. Shasta, Calif. and Olancha, Calif. bottling plants as of 2021, the company stated. That puts the company well ahead of the state recycled-content mandate, which was approved last year and will require 15% recycled plastic in beverage containers by 2022.

The Benton, Tenn. RPET plant will be built on the site of a 26-year-old CG Roxane bottling plant, which is about one mile west of the Cherokee National Forest and Hiwassee watershed, Genthe said. The RPET facility will provide recycled plastic for all of the company’s eastern U.S. production plants. 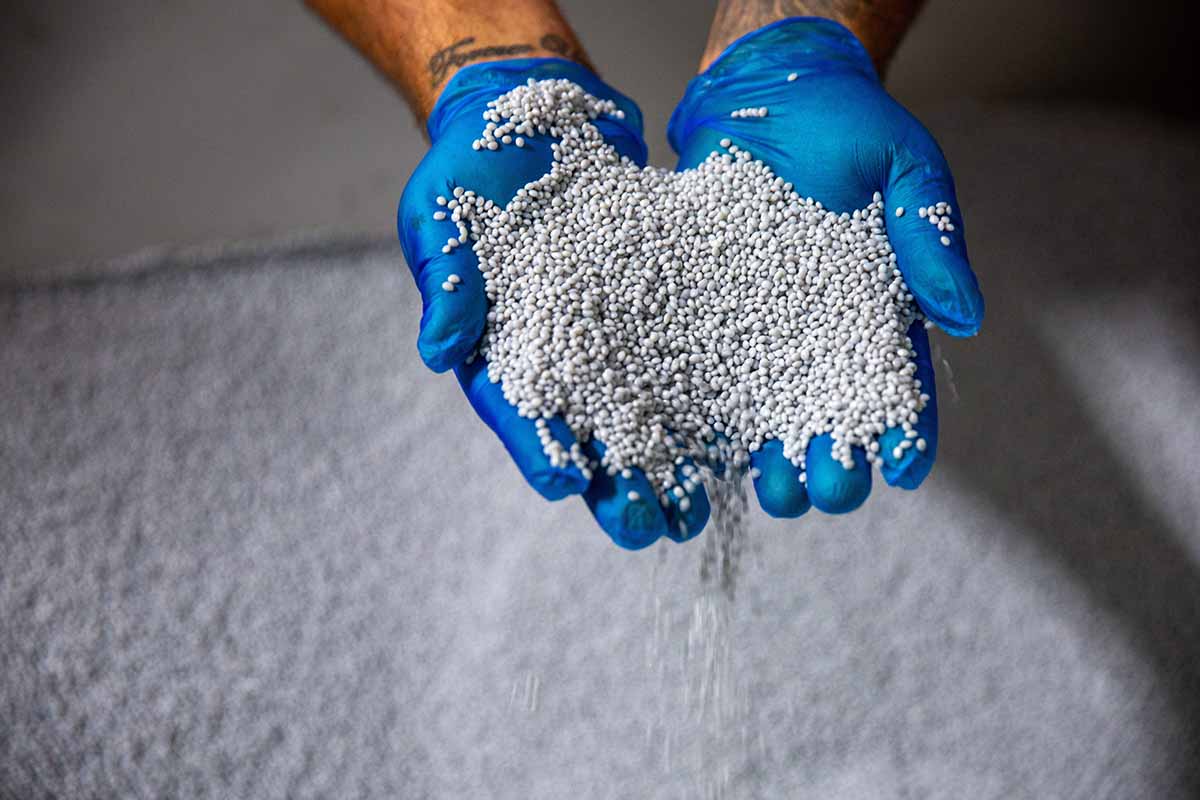 CG Roxane’s San Bernardino RPET plant brings in washed post-consumer PET flakes and processes them into pellets about the size of rice grains.