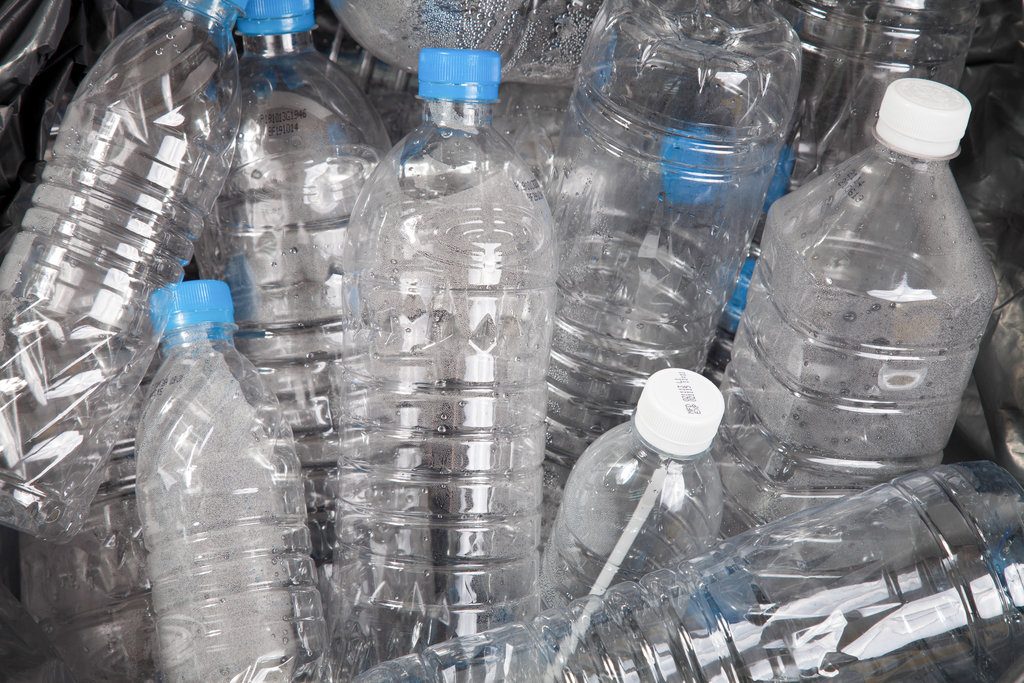 Bottled water companies that use recycled plastic have recently made new investments and design choices. | iamshutter/Shutterstock

RPET plant comes on-line: The producer of Crystal Geyser Alpine Spring Water recently opened a new recycled PET plant in San Bernardino, Calif., the first of its kind to be opened by a U.S. beverage company, according to a press release. CG Roxane said the plant, which can produce 35 million pounds of RPET per year, has allowed the company to produce bottles with at least 50% RPET at its West Coast plants. The privately owned company has a goal of using 100% RPET in the near future.

Boosted RPET use: Nestlé Waters North America (NWNA) announced that it has doubled the amount of RPET in its U.S. water bottles since 2019. As of this year, 16.5% of the PET used by the company is recycled, according to a press release. The company’s goals are to hit 25% RPET across its U.S. portfolio by 2021 and 50% by 2025. Additionally, NWNA announced that three more of its U.S. water brands will be packaged in 100% RPET containers: Ozarka, Deer Park and Zephyrhills. The company’s commitment to using recycled plastic “means that we often pay more for recycled plastic than we would if we purchased virgin plastic,” David Tulauskas, vice president and chief sustainability officer for NWNA, stated in the release. “This is an investment we prioritize for the business, given our responsibility as a producer of packaged goods and our commitment to sustainability as we work toward a waste-free future.”

Labeling without a label: Danone Waters of America has released a label-free version of its Evian brand bottled water. According to Fast Company, instead of a label, the PET container has the brand name and other information engraved into the plastic in the mold. It’s part of the company’s goal of boosting its packaging recyclability. The company wants to have its bottles made from 100% RPET by 2025. The label-free containers will be distributed to select hotels and restaurants.