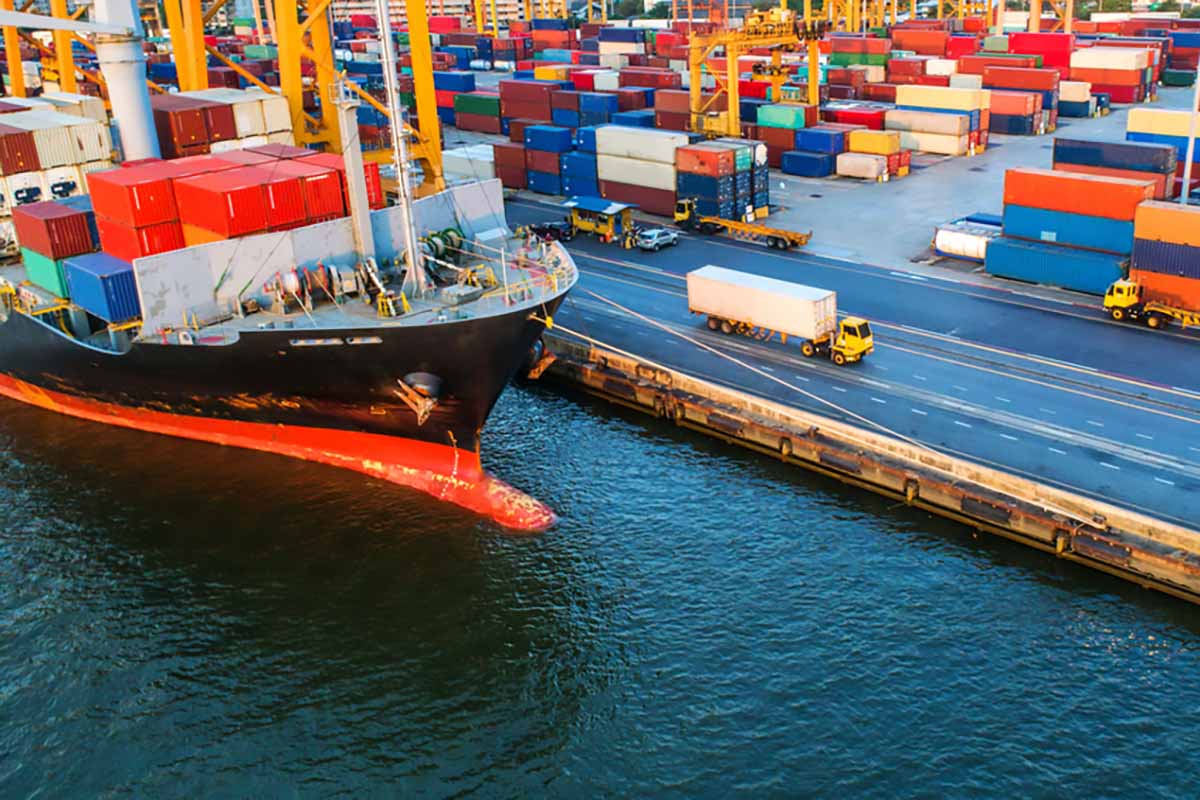 The U.S. exported 102.3 million pounds of recovered plastic in February, with Malaysia as the top overseas destination. | MAGNIFIER/Shutterstock

U.S. exports of recovered plastic remained consistent in February, despite global trade policy changes that went into effect at the beginning of the year.

The U.S. Census Bureau, part of the U.S. Department of Commerce, released the latest export data this month, covering trade activity in February.

Regulations governing scrap plastic shipments took effect in many countries in January, when the Basel Convention plastic amendment was officially implemented. The changes require notification and consent procedures for shipments between Basel-party countries, which make up the vast majority of all nations.

But the changes carried unclear implications for the U.S., which is not a party to the Basel Convention. That’s because party countries are prohibited from trading regulated materials with non-parties.

Although the impact was uncertain, many industry experts anticipated significant disruption to the U.S. plastic export market.

In the first two months of the year, that did not come about in a big way. Scrap plastic exports totaled 102.3 million pounds in February, down slightly from 104.5 million pounds in January. Nearly a third of that plastic went to Canada, which has a special agreement with the U.S. to continue trading scrap plastic despite Canada being a party to the Basel Convention.

The remainder of U.S. exports in February went to a range of Basel-party countries. The second-largest importer of U.S. material, Malaysia, recently announced details about how it will handle plastic imports from the U.S., after a high-profile load of U.S. scrap plastic received scrutiny as it approached Malaysia. The country’s environmental authority said it would reject the load and ship it back to the U.S., but upon inspection, customs authorities said it contained clean and sorted scrap plastic. The load was ultimately accepted for import, demonstrating that some types of scrap plastic will still be allowed in.

Still, Malaysian authorities also recently announced they’ve rejected more than 300 containers of plastic waste in the past two years, and the country is continuing to inspect and reject loads. 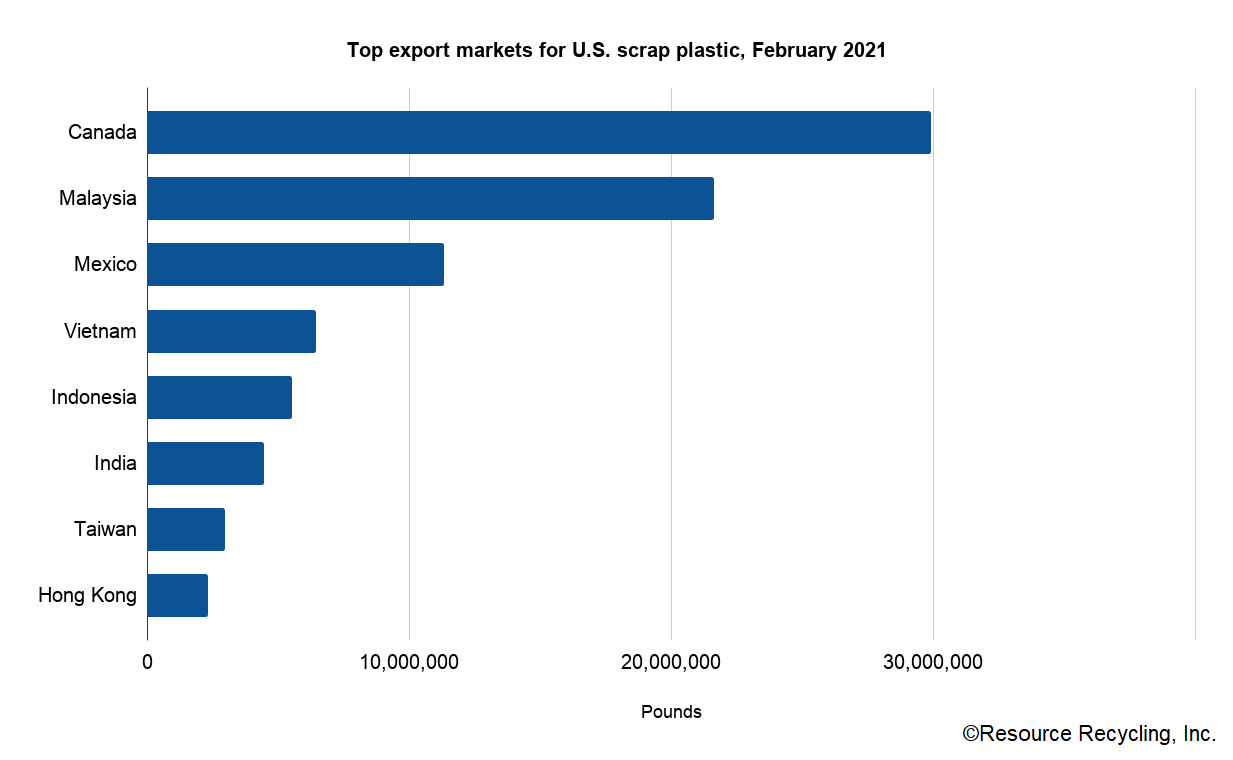 A version of this story appeared in Resource Recycling on April 20.