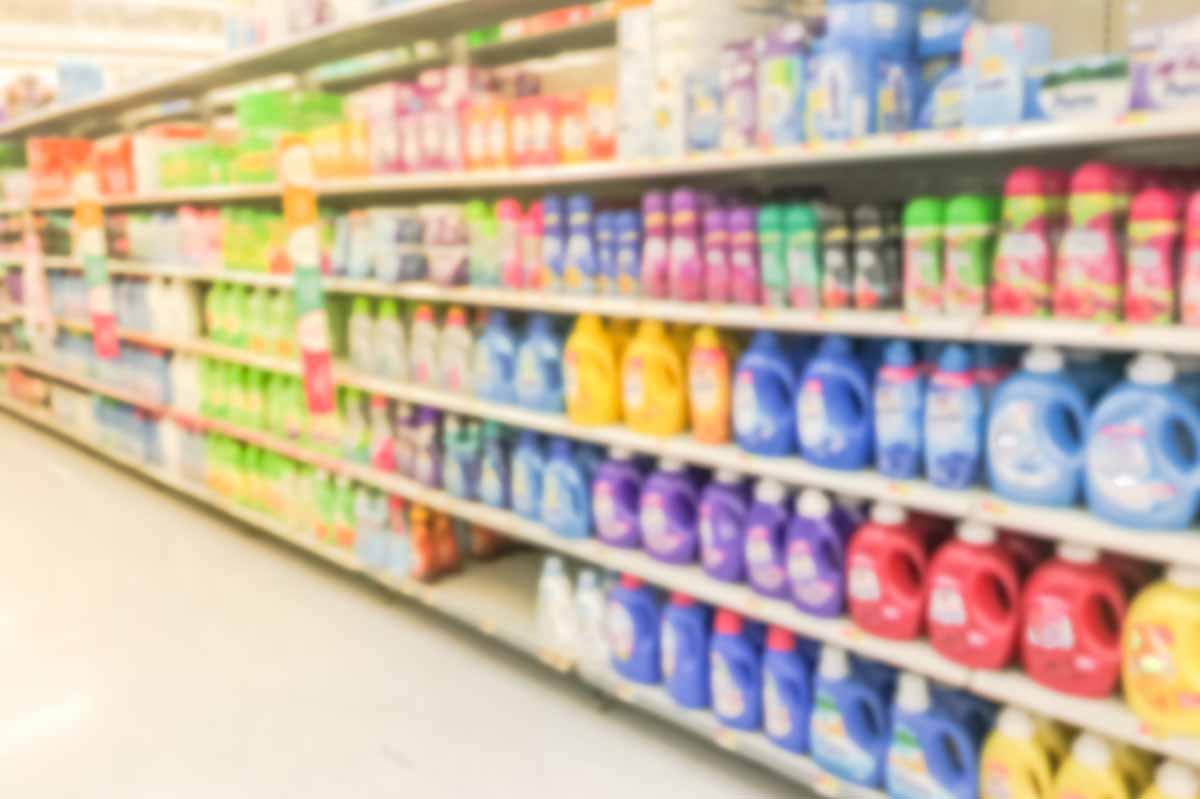 A slew of packaging products – a plastic aerosol can, multi-layer HDPE bottle, bottle and film labels – recently received recognition for their compatibility with plastics recycling processes.

P&G developed an all-polymer aerosol with a base cup, Polyplastics a bottle made of HDPE and cyclic olefin copolymer (COC), UPM Raflatac a series of PP and PE labels for HDPE bottles, and Avery Dennison a number of polyolefin labels for HDPE bottles and PE films. In the case of the labels for bubble mailers and other films, it was the first time APR’s PE Film Critical Guidance Test Protocol, which was published in August 2020, has been used.

All-polymer aerosols with base cups

Over a year ago, APR issued a letter recognizing the recyclability of P&G’s aerosol can using all plastic parts, replacing metal components that are frequently used in aerosols. The latest innovations to receive a letter also eschew metal, but they also contain a polyolefin base cup to provide added protection against damage.

During a Dec. 9 webinar, Jennifer Hosmer of P&G explained that testing showed the base cup, actuator and dip tube, which are all made out of polyolefins, successfully separate from the PET container in the PET recycling process. For the aerosol without a base cup, 83% of the package is PET and the remainder polyolefins. For the dip-tube package, PET makes up 74% of the weight, and for the bag-in-bottle package, PET is 77% of the package, she said.

Depending on the actuator chosen, the polyolefins would likely be a combination of PP and PE, she said.

Independent recycling lab Plastics Forming Enterprises (PFE) tested both the dip tube and bag-in-bottle innovation. On the webinar, Kristi Hansen, president of PFE, said the float-sink step successfully separated the polyolefins from the PET. Testing showed the recycled PET had no issues with clumping, intrinsic viscosity drop or haze, she noted. The haze results are particularly noteworthy, because residual polyolefins cause hazing in RPET articles.

When asked whether the containers have been tested in a near infrared (NIR) bottle sorter to ensure the sorters correctly identify them as PET, Scott Smith, research fellow at P&G, said the company plans to test them on sorters in Europe. COVID-19 has made it difficult to arrange bottle sorter testing, he noted. The company’s expectation is NIR sorters will correctly sort them into the PET bottle stream, he said.

APR on Dec. 14 issued a letter to Polyplastics USA for the company’s HDPE bottle with a layer of cyclic olefin copolymer (COC), which lends high gloss and other properties.

During a Dec. 11 APR webinar, Paul Tatarka explained that the bottle is made with an outer layer of COC, which makes up 20% of the bottle by weight, and an inner layer of HDPE, which makes up the remaining 80%. COC is made of ethylene and norbornene co-monomers. The norbornene prevents crystallization of the ethylene. COC isn’t classified by melting point but rather its glass transition temperature, where the material shifts from being glassy to rubbery, according to Tatarka’s presentation.

COC provides a PET-like gloss, improving aesthetic appeal, but it is still recyclable with HDPE, he said.

Tatarka said the 20% COC container his company had tested represents a practical upper limit for the use of COC. The high limit was chosen to rigorously demonstrate the recyclability of the bottle with pure-HDPE bottles.

“In summary, the innovation passed all criteria,” he said.

In addition to testing the bottle through the plastics recycling process, Polyplastics had the bottle tested by an NIR optical sorter to ensure it could be properly sorted at a materials recovery facility (MRF). Optical sorter testing was done by MSS using an MSS CIRRUS PlasticMax NIR sorter. During the first step of testing, the optical sorter failed to recognize and eject the COC-containing bottle. Tatarka said that’s because the COC layer reads just outside of the standard PE.

In the next step, they performed a software update to expand the sorter’s NIR boundaries for PE. After the update, the sorter successfully ejected 94% of the candidate bottles, Tatarka said.

On newer optical sorters less than five years old, the software update can be done inexpensively over the internet, but for older sorters, a more-expensive service call may be required, he said.

In response to questions, Tatarka said the COC won’t delaminate from the HDPE. He also said the material, which imparts no odor, is recognized as safe for use in food and drink packaging.

On Dec. 17, APR issued a letter to global labels company UPM Raflatac for the company’s undecorated PE and PP pressure-sensitive labels, which are attached to HDPE bottles with a general purpose acrylic adhesive.

During a Dec. 16 APR webinar, Oona Koski, UPM Raflatac’s global sustainability manager, said the company had three different samples tested by an external lab: a white PP label, clear PP label and white PE label. All used a pure acrylic adhesive and were designed to travel with the HDPE through the recycling process.

All samples passed, she said.

“These label structure innovations that were tested were successful following this HDPE critical guidance,” she said.

Labels for bottles and films

On Dec. 18, APR issued a letter recognizing the following pressure-sensitive labels on HDPE bottles: clear and white PE substrate, clear and white PE/PP blend substrate, and white BOPP substrate. All of the labels were unprinted, and all were attached to the bottle using a general purpose permanent (GPP) acrylic adhesive.

Also on Dec. 18, APR issued a letter recognizing the following pressure-sensitive labels for PE films: white PE/PP blend machine-direction-oriented (MDO) film, and two different thicknesses of a white BOPP film. All samples were direct thermal printed, and all were affixed to the films with GPP. The labels are intended for items such as mailers, including bubble mailers. The films are primarily LLDPE and LDPE.

During a Dec. 18 APR webinar, officials explained that the labels followed the bottles and films through the recycling processes.

Matt Levesque from PFE said all of the samples passed critical guidance recommendations for HDPE bottles and PE films.

Levesque noted that the film protocols don’t include a washing step. During the webinar, Dave Cornell, APR’s technical consultant, noted that films collected for recycling at the front of grocery stores aren’t usually washed as part of the recycling process.