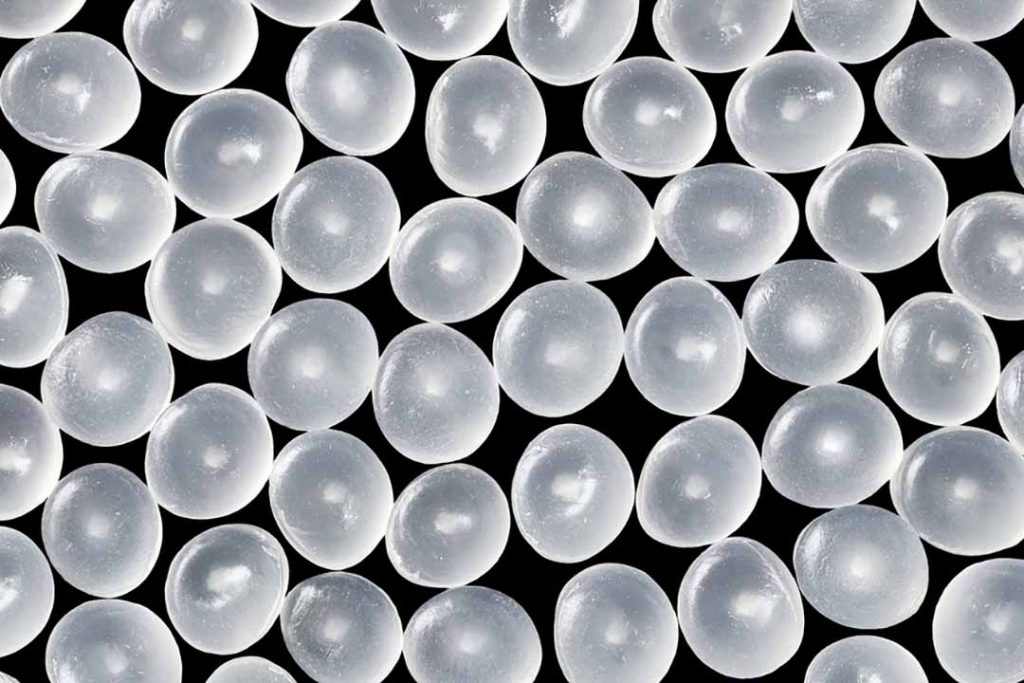 With decades of experience, Cozart has helped establish many of the PET, HDPE and film recycling plants in North America. Hallaji is multi-plant technical director at Envision, which is the second-largest HDPE reclaimer in North America (after KW Plastics). Before that, he was vice president of operations at CarbonLITE Industries, a multi-facility PET reclaimer.

Following presentations laying out scrap plastics supply conditions and typical practices at recycling facilities, the duo answered questions from the audience on a number of important technical topics.

Focus on melt filtration: Asked about melt filtration and how it can reduce specks in recycled resins, Hallaji said the finer the screen the better in terms of reducing speck count and size, but he acknowledged the strategy could also reduce productivity. To produce high-quality recycled resin, the entire recycling process is very important, as is communicating with suppliers and producers, he said.

“We are even talking to companies which make adhesive. For example, hot melt is really hard to get off,” he said. Hot melt adhesive can make it all the way through extrusion and remain on the pellets, he noted.

Cozart noted filtration is different for different polymers. For instance, HDPE reclaimers can generally allow some contaminants to pass through because they know their melt filtration will be able to remove unwanted material. But if scrap PET is going to be recycled into a clear, food-grade application, the reclaimer will spend a lot more time at the front end trying to eliminate sand, glass, dirt, glue and other contaminants, he said.

When asked how reclaimers avoid clogged melt filters, Hallaji noted technologies that use a blade or other approach to continuously remove contaminants are becoming more widely used.

Reducing odors: Hallaji said Envision uses a process that removes odors after the pellets are made, bringing them up to virgin quality in terms of smell. Those pellets are covered by a U.S. Food and Drug Administration letter of no objection (LNO), allowing them to be used in food-contact applications.

The deodorizer technology, which was patented by Envision, is different from others that remove moisture, volatiles and semivolatiles during the closed system extrusion process itself, he said.

Cozart said that deodorizer technologies generally all involve heating the plastic and using a vacuum to remove the odors.

Using PCR in sheets: A listener asked about what changes a PET sheet producer would need to make if it wanted to begin manufacturing 25% PCR sheets, up from using zero to little PCR.

Cozart said that a producer is typically going to buy RPET flake, not pellets, to make sheets. Because the flakes haven’t gone through an extrusion process, they will generally be cheaper than pellets. But the flakes also flow differently than virgin pellets, so the sheet manufacturer will need to adjust feeders and screws that convey the material.

Additionally, because the PET hasn’t been melted and filtered, the sheet producer will want to source from a supplier with good metals-removal techniques. Lower-quality PET flakes may require the sheet producer to install a screen changer on the extruder that can remove aluminum and other contaminants on the fly, rather than having a fixed screen that requires temporarily shutting down the system, Cozart said.

“There are a couple of tweaks like that, but you certainly can get 25% – that’s absolutely doable,” Cozart said. “People are doing that every day, but it does take a little bit of work.”

Hallaji noted that flake density is different from pellet density. As a result, to ensure the producer is hitting 25% recycled content in the sheets, it will need to have well-blended RPET flakes and virgin resin before the mix enters the extruder, he said.

Constrained supply: A few questions centered on the limited supply of post-consumer plastic available, including whether there’s enough on the market for brand owners to achieve their PCR goals. Cozart noted the industry has plants and equipment capable of producing high-quality recycled plastic, but there just isn’t enough plastic being collected and sorted.

In terms of the limited availability of food-grade PCR, specifically, Cozart said sourcing is part of the challenge: Some virgin PE was never intended for food packaging, and there are PET containers holding household chemicals. Those materials must be kept out of the recycled plastic stream.

“This is back to the source question. We need more material,” he said.

Then the recycling process itself, including the decontamination stage, must be designed to achieve FDA acceptance.

The presenters were asked why there’s a shortage given that China stopped allowing imports of scrap plastics in 2018 with its National Sword campaign. Cozart noted they’re talking about different polymers. Materials recovery facilities (MRFs) were removing PET and HDPE from the stream, baling all the other plastics, and then selling those mixed-plastic bales to Chinese companies for further sorting and recycling.

Now, many MRFs are pulling out PET, color and natural HDPE and PP, and they’re landfilling the rest, Cozart said.