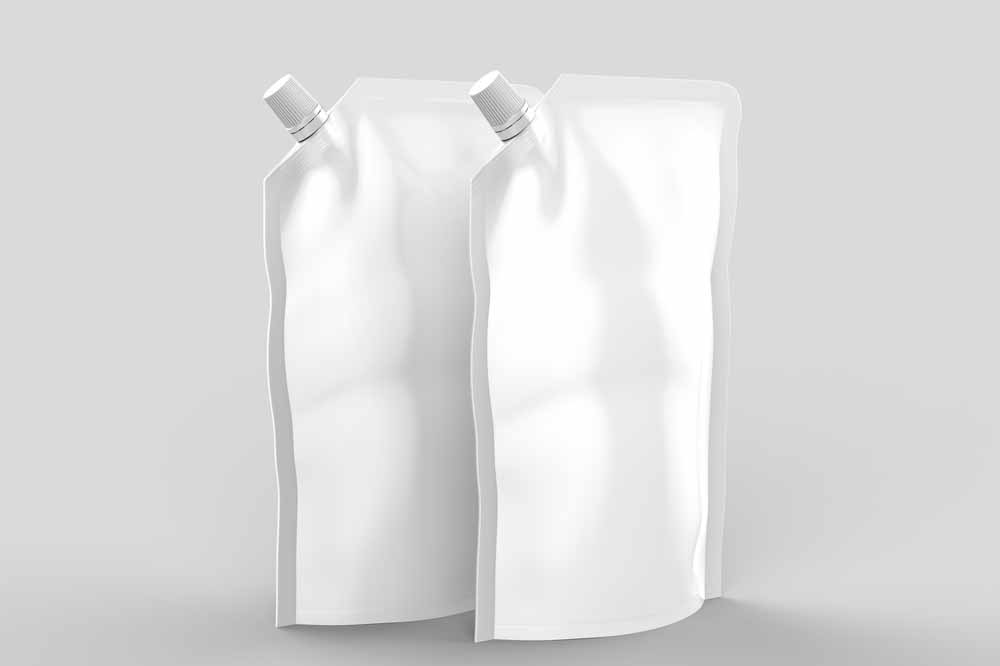 A new film from Amcor can be used in spouted pouches, flow wraps and other types of packaging. | GO DESIGN/Shutterstock

Amcor, one of the world’s largest packaging companies, developed a film that matches the heat resistance of oriented PET but can still be recycled in PE film streams.

The multi-layer material is one a number of recent packaging innovations to receive recyclability recognitions. In the U.S., the Association of Plastic Recyclers (APR) issued recyclability letters to Amcor for the high-heat-resistance film and to Avery Dennison for its BOPP pressure-sensitive label (APR owns Resource Recycling, Inc., which publishes Plastics Recycling Update).

In Europe, the RecyClass platform, which is managed by Plastics Recyclers Europe (PRE), recognized the recyclability of a multi-layer laminate tube from tube manufacturer Essel and a fluorination barrier treatment technology from Inhance Technologies.

The following is a roundup of the recent innovations:

The letter recognized the film under APR’s Responsible Innovation program, which is different from the critical guidance program. Critical guidance recognitions are based on recyclability testing protocols APR has developed. If an innovation is so new that APR doesn’t have testing protocols in place for that product, then the company can seek an informed recyclability opinion through the Responsible Innovation program.

In this case, Amcor developed a film that can replace non-recyclable versions with polyester and still withstand high heat.

In a July 10 APR webinar, Otacilio Berbert, senior R&D fellow at Amcor, explained that the Amcor AmPrima PE Plus high-heat resistance film his company developed contains a layer of oriented co-extruded heat-resistant film (this layer contains modified nylon at less than 7% of total film structure weight as well as PE and compatibilizers). Under that layer are layers of printing, adhesive and sealant.

The film can be used in spouted pouches, flow wraps and other types of packaging, he said.

Berbert said the structure replaces nonrecyclable laminates that often have oriented PET (OPET) and other materials, including foils. But typically, an outer PE layer would melt at almost 100 degrees Celsius cooler temperatures than an OPET layer, resulting in seal distortion and a reduction in packaging line efficiency. Amcor’s high-heat-resistant film behaves like an OPET-based film on packaging lines.

The label consists of a clear BOPP facestock with a general purpose permanent emulsion acrylic adhesive. The label is meant for HDPE containers. Officials from Avery Dennison and PFE presented on the technology during a July 17 APR webinar.

During testing, Matt Levesque of PFE said the lab skipped the wash and elutriation steps. That allowed maximum label concentration in the plastic that went into the extruder – essentially they tested a worst-case scenario.

They ground the bottle and label, extruded it into pellets, and then injection-molded the pellets into plaques. In all areas, the samples containing label material passed.

“The test innovation had results that were very similar to the control numbers and did not show any signs of incompatibility as it was processed through the material,” Levesque said. “Everything for the pellet testing, along with the part testing, did meet all APR requirements over the course of the run.”

RecyClass determined that multi-layer laminate tubes made with an EVOH barrier can be recycled in HDPE container streams.

The Platina 2515 and 3015 tubes, which are produced by the packaging company Essel, have an EVOH concentration below 5% of the total weight of the package. RecycClass’s approval came after the tubes were tested by PFE, which used testing guidelines established by APR.

According to a press release, the recyclability determination is conditioned on a number of design factors, among them the tube must be white, the tube and cap must be PE, inks can’t bleed, and EVOH content can’t exceed 5%.

An HDPE container barrier technology called Enkase doesn’t inhibit the recycling of the container, according to RecyClass.

The Enkase barrier, a product of Inhance Technologies, consists of a fluorination treatment on the surface of the plastic container to provide a barrier. The technology is meant for containers holding consumer-packaged goods, pharmaceuticals, health and beauty products, and industrial and agricultural chemicals.

“Enkase allows for preventing permeation of various ingredients through the container walls,” according to a press release. “It ensures the shelf life of the content as well as its efficacy.”

PFE performed the testing per guidance from APR, which also issued Inhance a letter confirming its recyclability. The RecyClass recyclability determination is conditioned on several design factors.