Here are the latest label offerings that help out PET recycling 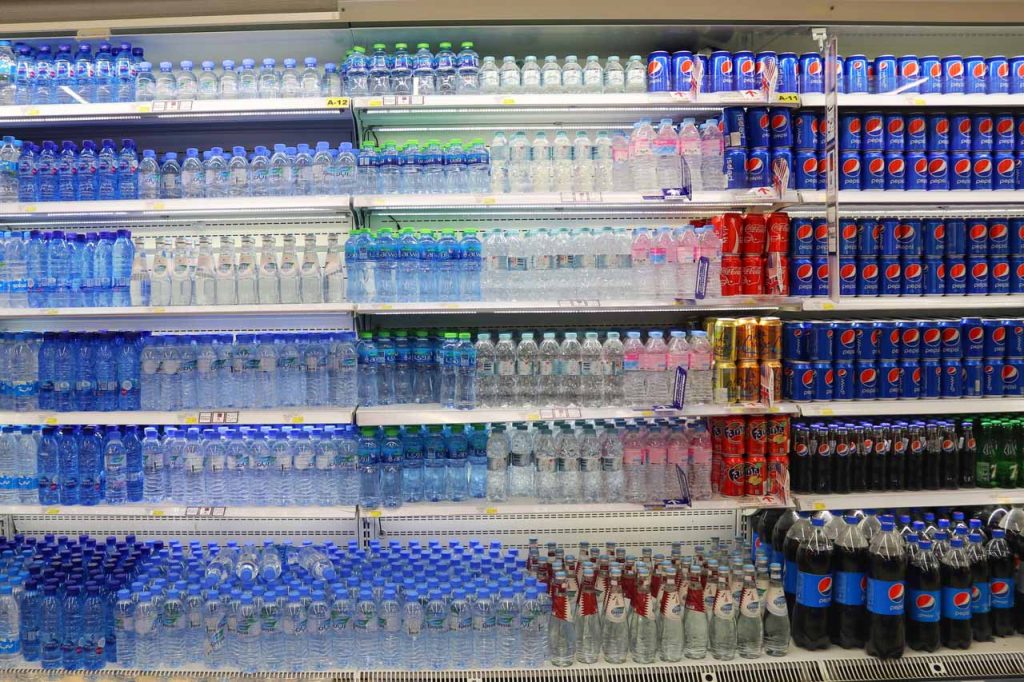 The four are just the latest batch to receive APR recognition. In February, three shrink film labels and a family of washable inks also received letters.

In a March 17 presentation, Brandon Engebos of Green Bay Packaging Coated Products, said the two labels are branded as GreenCycle. The line includes the 024TL/776S/40SC label, which is a 2.4-mil-thick white BOPP film with an acrylic emulsion adhesive on a 2.4-mil kraft liner. Another is the 018CT/776S/40SC, which is a 1.85-mil clear BOPP with the same adhesive and liner. (A mil is 1/1000th of an inch.)

The labels were applied to bottles and submitted to recycling testing lab Plastics Forming Enterprises (PFE), which sent them through the recycling process, ultimately injection molding them into plaques.

Matt Levesque of PFE said the labels separated from the PET flakes and floated. The RPET met all of APR’s guidelines, which covers color, haze, black specs and other measures.

In a March 19 presentation, Kim Hill, R&D technical director for Liquid Ink Technology at INX International, described the company’s washable solvent gravure ink system designed for shrink sleeves. The inks come off during the caustic wash and rinse steps, and they leave minimal wastewater discoloration, she said. The inks wash off as larger particles than INX’s earlier iterations did, allowing them to be more easily filtered out of the water.

For testing by PFE, the inks were applied to Bonpet BR1 crystallizable PET film, which is designed to be recycled alongside the PET bottle flakes. Three samples were examined: The first with all colors printed on top of Genesis GS white, the second with all colors but with no white ink backing, and the third with all colors and a Genesis GS inside overprint varnish.

Hill estimated 95% of customers print on the white backing, but her company still wanted a test to ensure the inks wash off in the absence of the white backing. PFE’s testing showed each of the PET samples met APR’s requirements, she said.

INX conducted its own additional testing of the pellets and plaques from the first sample (all colors printed on white) to determine whether there was any residual ink. The company took equal amounts of plastic from the plaques and pellets and put them in 50 milliliters of ethanol for 16 hours at 25 degrees Celsius, Hill said. Then an internal standard was added to the extract prior to it being concentrated under a nitrogen stream. The resulting 1 milliliter of concentrate was examined with gas chromatography-mass spectrometry. Hill said testers found no trace of ink.

The APR recognition was only for inks that wash off of the film. But INX is also looking at using the Genesis GS inks on floatable labels. In that application, the company would want the inks to remain on the labels, which would float and separate from the PET flakes, but it still wouldn’t want the pigments to bleed and stain the wash water.

To affix the Genesis GS inks to the film so they don’t wash off, INX adds a 3% crosslinker.

“What makes it really unique is that they can use the same ink system and control whether it stays on or comes off with the use of that crosslinker,” Hill said.

On March 24, Ateet Roshan of Golden Manufacturers presented on the technology, which is used on Fiji water bottles. The BOPP film is either clear or white, and it can be printed on both sides of a label using either gravure or flexographic printing technologies, he said.

Kristi Hansen of PFE said her company tested bottles with printed and unprinted labels. The hot caustic agitation wash process removed the labels, which floated. And anything that didn’t detach and float in the tank was removed later in elutriation.

Throughout the recycling process and in the pellets and plaques, all of the variables were within the APR guidelines, she said.

On March 26, APR issued a letter to Eastman Chemical Company for a collaboration between three companies to produce a crystallizable shrink sleeve label with a wash-off ink.

Eastman’s Embrace Encore resin was converted by Bonset into the crystallizable Bonpet Renew shrink sleeve film. The label was printed with inks provided by Siegwerk.

In a March 9 webinar, Mark Peters, applications development associate at Eastman, said the ink system is made up of a couple of different components: Sicura Flex UV flexo inkS covered with the Aquantum Alkaline Strippable Layer. In the wash water, the Aquantum layer comes off and frees the inks below.

According to Peters’ presentation, once the inks come off the label, they don’t recombine with the flakes or stain the wash water before they’re filtered out.

For testing, the labels were printed with five colors and shrunk onto bottles, which were recycled by PFE. The resulting RPET passed in all measures, Peters said.