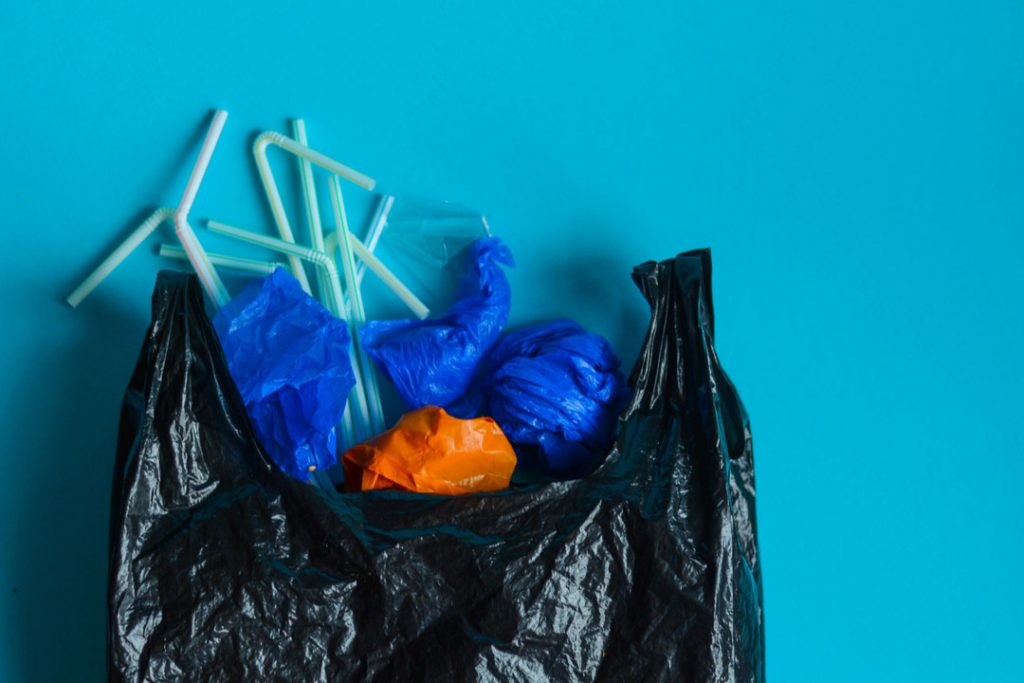 China will ban the sale of plastic bags in certain areas, stepping up to a complete ban nationwide by 2025. | olesea vetrila/Shutterstock

After shaking up the U.S. recycling sector with an import ban on post-consumer plastics, the Chinese government is taking aim at its own plastic waste generation.

China this week announced its plan to “ban or restrict” single-use, “non degradable” plastic products in major population centers, according to Chinese state media reports. The news cited announcements from the country’s Ministry of Environment and Ecology and its National Development and Reform Commission.

The restrictions will come into force in phases over the next five years, according to the reports. By the end of 2020, for example, the production and sale of single-use foam plastic tableware and “plastic cotton swabs” will be banned. According to chemical consulting firm ICIS, the restrictions also include bans on the use of plastic bags in certain areas, stepping up to a complete ban nationwide by 2025; a ban on all hotels providing disposable plastic supplies to guests; a ban on disposable plastic straws in the catering industry; and more.

“In addition to setting timelines to ban or restrict single-use, nondegradable plastic products in such sectors, the document also pledges to ramp up recycling and introduce preferential policies to promote green packaging and express delivery,” a China Daily article noted.

According to state media, a key Chinese plastics industry association supports the plastics restriction, particularly given the phased-in approach.

“The ban will not be imposed all of a sudden, but phase by phase. The current production capacity (for substitute products) in China will not fail to meet the market gap caused by the ban,” said Weng Yunxuan, secretary-general of the China Plastic Processing Industry Association’s degradable plastic committee, in the media report.

The latest announcement signals China’s intent to build up its domestic recycling industry, according to an industry analyst at ICIS.

John Richardson, senior consultant for Asia at ICIS, told Plastics Recycling Update the latest announcement seems to be in line with China’s plan to restrict plastic pellet imports, as both will bolster the domestic recycling industry within China.

“It is a very reasonable scenario that China will lead the world in banning single-use plastics that have no real societal value, whilst also creating a modern, state-of-the-art recycling industry that competes with the very best in the world,” Richardson noted. “The implications both for virgin PE polymers demand in China and for the amount of that demand which is met by recycled production are likely to be very significant.”

There could also be implications for the U.S. recycling industry, including from the ripple impact of China’s virgin resin demand decline. From January through November 2019, China was the fourth-largest importer of PE and the seventh-largest importer of PP from the U.S., according to U.S. Census Bureau trade figures; shifts in Chinese resin demand could impact prices for recycled material as well.

“China polymers or plastics demand by volume is the biggest in the world and its growth in demand is also the largest,” Richardson said. “China is the biggest polymer import market in the world, especially for polyethylene, around half of the demand for which is in single-use plastics. So, whatever happens in China is a big deal for the global polymers business.”

Additionally, Richardson noted that if China invests to build a modern recycling industry, it will probably need foreign technology and expertise. That could mean opportunities for recycling companies in North America and elsewhere.