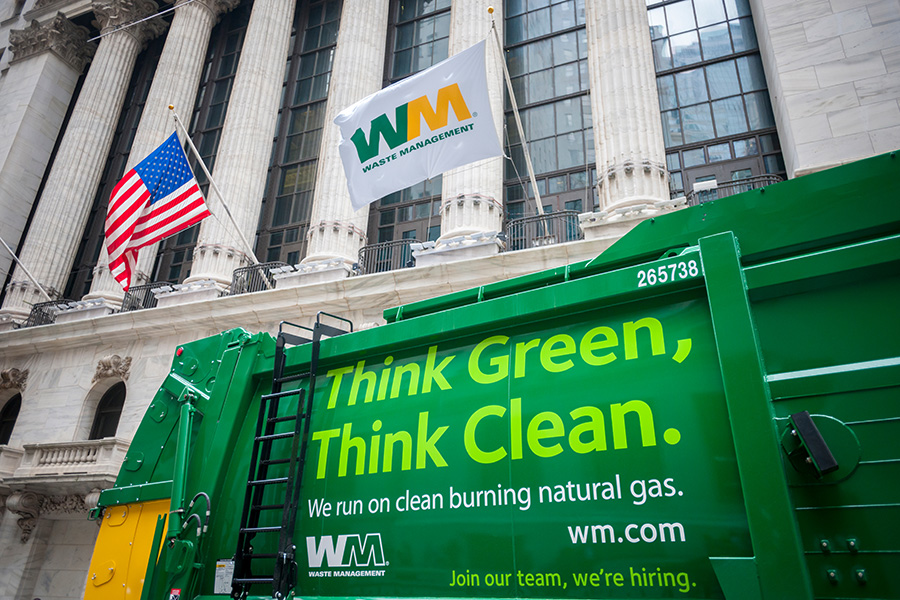 The companies collect vast amounts of paper, plastics, metals, glass, organics and other materials. For example, North America’s largest, Waste Management, sold nearly 700 million pounds of scrap plastics in 2018, according to its recently released sustainability report. Waste Connections, the third-largest company, collected and sold over 54 million pounds, according to its sustainability report.

Prices have been low for recovered paper, which makes up the bulk of recyclables collected at the curb. Cardboard bales are selling for a national average of $25 per ton, down from $70 last year, according to RecyclingMarkets.net. Mixed paper actually averages slightly negative value, and although some community recycling programs continue to get paid a little bit of money for it others are paying fairly steep costs to send it to mills.

As a result of the markets, the haulers’ recycling businesses have been hurting, although recycling only makes up a small fraction of most companies’ revenue pies – much more comes from collection and landfilling. For instance, Waste Management’s recycling business brought in $245 million during the third quarter, down 27% year over year.

In a number of cases, plastics without strong markets have been removed from community recycling programs.

As the National Sword campaign made it tougher or impossible to ship recyclables to China, and the resulting glut of material in North America drove down prices, the publicly traded haulers began charging customers more in fees. In calls with investors, their executives have explained that the goal is to ensure a return on their recycling investments and insulate them from commodity price risks.