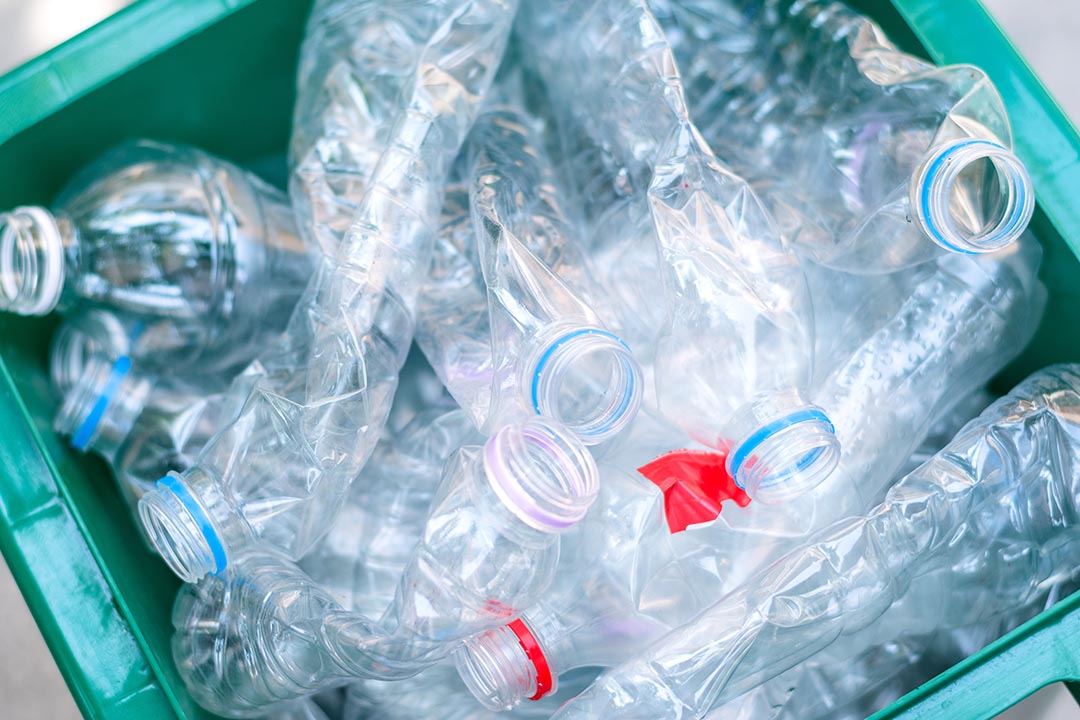 Beverage bottles will be subject to phased-in recycled plastic mandates, if AB 792 is signed by the governor. | Myibean/Shutterstock

Producers of most plastic beverage containers sold in California will need to include 10% recycled plastic across their product offerings by 2021 and 50% by 2030.

Assembly Bill 792 cleared the California State Assembly on a 60-12 vote on Friday, which was the final day for lawmakers to pass bills before the session closed.

Under the bill, plastic bottles that are covered under the state’s container redemption program will be subject to phased-in recycled plastic mandates. Manufacturers’ usage will be evaluated across the company’s entire product line sold in California, meaning not all of a company’s containers will need to include recycled plastic as long as the overall percentage meets the mandate.

The percentages and timeline were softened multiple times during the course of the bill’s development. It originally set a 100% recycled plastic mandate by 2035. Later, that was reduced to a maximum of 75% by 2030. The mandate was further reduced to 50% by 2030 in the final version that passed last week.

A legislative analysis of the bill put the mandates in the context of major beverage companies voluntarily increasing their recycled plastic use. Coca-Cola and PepsiCo, for example, have announced recycled feedstock goals in recent years.

“While these goals indicate that incorporating additional recycled content is possible, currently the vast majority of plastic beverage containers contain little to no recycled content,” the analysis states.

In previous hearings on the bill, proponents said the bill would build demand for recycled plastic, creating an industry that could even outpace the bill’s content requirements. Opponents pointed to insufficient collection infrastructure.

Nestlé Waters North America, which initially opposed the bill, released a statement praising the passage of the final legislation.

Describing the bill as “ambitious and workable,” the company pointed to one change in particular that influenced its position shift. In the final text, the California Department of Resources Recycling and Recovery (CalRecycle) must, at least annually and at most twice per year at the request of the beverage industry, consider whether the requirements are realistic in light of a variety of factors. The agency will analyze market conditions, the availability of recycled plastic, the capacity of recycling and processing infrastructure, and more.

Upon a request from beverage manufacturers, CalRecycle must consider the petition within 60 days, according to the bill. If the agency determines the requirements are unrealistic, CalRecycle has the authority to reduce or suspend the recycled plastic mandate.

In a release, Charles Broll, executive vice president and general counsel of Nestlé Waters North America, said the company “appreciates that legislative leaders worked with industry and environmental groups to create this landmark piece of legislation.”

The bill now goes to Gov. Gavin Newsom for a signature. According to Assemblyman Phil Ting, who sponsored the bill, the governor has until Oct. 13 to act.

Meanwhile, sweeping legislation in California that would have set aggressive recycling mandates on a range of items failed to advance.

Assembly Bill 1080 and its companion bill, Senate Bill 54, were not voted on by the end of the day Friday, the deadline to approve legislation. That means the bills, which would have set substantial recycling and source-reduction requirements on single-use packaging, are dead for now.

The legislation requires CalRecycle to, by 2024, develop and adopt regulations that will require all single-use packaging and “priority single-use products” sold in California to be recyclable or compostable by 2030. It also requires producers source reduce their single-use products “to the maximum extent feasible.”

Additionally, the bills mandate that the state “achieve and maintain” a 75% reduction of the waste generated from these single-use products. This can be met through source reduction, recycling or composting.

How these goals would carried through is largely up to CalRecycle, which would be required “to conduct extensive outreach to stakeholders and local agencies.” CalRecycle would look into certain “specified regulator measures” that reduce single-use materials. One such measure that’s laid out in the bill is extended producer responsibility (EPR). The legislation “authorizes CalRecycle to allow producers to implement extended producer responsibility programs if the program meets certain criteria and is approved by CalRecycle,” according to a bill analysis from the Senate Environmental Committee.

The legislation went through numerous iterations during the session, up to and including several key revisions in the past week. In one significant change, the legislation moved from covering specifically single-use plastic materials to being written as a “material neutral” bill: The legislation was rewritten to cover single-use products made from any material, including paper and metals.

That change was key to lessening opposition from some major players in the plastics industry. The American Chemistry Council (ACC) changed its position from “opposed” to “neutral,” after the changes to include all materials under the policy, Plastics News reported earlier this month. And chemical giant Dow came out in support of the bill after that change. These changes, however, spurred additional industry groups to oppose the bill, as more manufacturing sectors would be subject to the law.

In a statement following the bill’s failure to advance, ACC said it urges lawmakers “to continue working on this issue and address key issues such as the need for funding to expand and improve the state’s recycling infrastructure and updating the state’s solid waste laws to ensure that innovative chemical recycling technologies are part of the solution.”