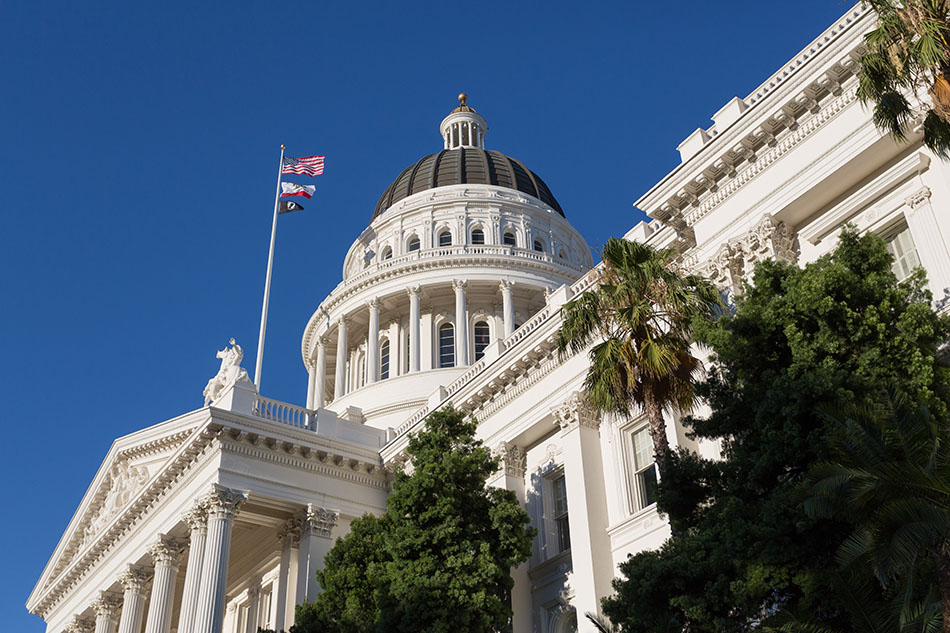 Calif. legislators have heard from a cadre of industry groups recently. | ZikG/Shutterstock

As a plastic packaging reduction bill moves forward in California, an industry group is recommending a per-item fee to fund recycling efforts.

The American Chemistry Council (ACC) this month proposed a fee on a variety of single-use food-service packaging materials sold in California. The generated money would be earmarked for waste reduction and recycling projects.

The proposal came during legislative work on AB 1080 (SB 54), a packaging reduction bill that has gained traction this year. The bill mandates a phased-in recyclability requirement for certain single-use plastic products, but the way in which that requirement is met would be left up to state regulators, a fact that has worried some industry groups.

ACC has expressed concern with the bill delegating broad authority to the California Department of Resources Recycling and Recovery (CalRecycle) to develop regulations for how the mandated goals will be reached.

That authority could allow the department to “pick and choose winners and losers in the marketplace,” said Tim Shestek, senior director of state affairs at ACC, during a July 3 hearing on the bill. The association also wants more flexibility in the bill’s requirements.

ACC came to the hearing with “comprehensive amendments” and the fee proposal, which could be one component of increasing the recycling rate to meet the bill’s requirements. The group is suggesting an advanced recycling fee that would cover not only single-use plastic food packaging most often associated with marine debris but also non-plastic foodservice packaging.

During the July 3 hearing, Shestek said the industry association feels the proposed fee “would be a significant contributor toward helping finance some of the necessary infrastructure improvements, improvements to litter abatement, public education, assistance to local governments.”

Shestek briefly mentioned the proposal during the hearing, and Plastics News this week provided more detail, reporting that it would be a “3/10ths of a penny fee per item on single-use food service packaging, paid somewhere along the manufacturing or distribution supply chain.” The fee would raise nearly $100 million per year, Plastics News wrote.

“We think it’s a good way to get to the objective that we’re trying to achieve in a reasonable and realistic fashion,” he said.

A cadre of industry groups also expressed opposition to the bill as written, including the Plastics Industry Association, the American Institute for Packaging and the Environment (AMERIPEN) and others.

“We’re not trying to be too prescriptive,” said state Sen. Ben Allen, a Democrat who co-sponsored the bill, during the July 3 hearing. “We’re trying to tell our agency, CalRecycle, to work very closely with industry, with cities, with waste management folks and haulers, to figure out a strategy to reduce single-use plastic waste.”

The bill received support at the July 3 hearing from numerous environmental organizations, local governments and hauler and MRF operator Recology.

The fee proposal and other amendments will be discussed during the one-month legislative recess that begins July 12.

In other California legislative news