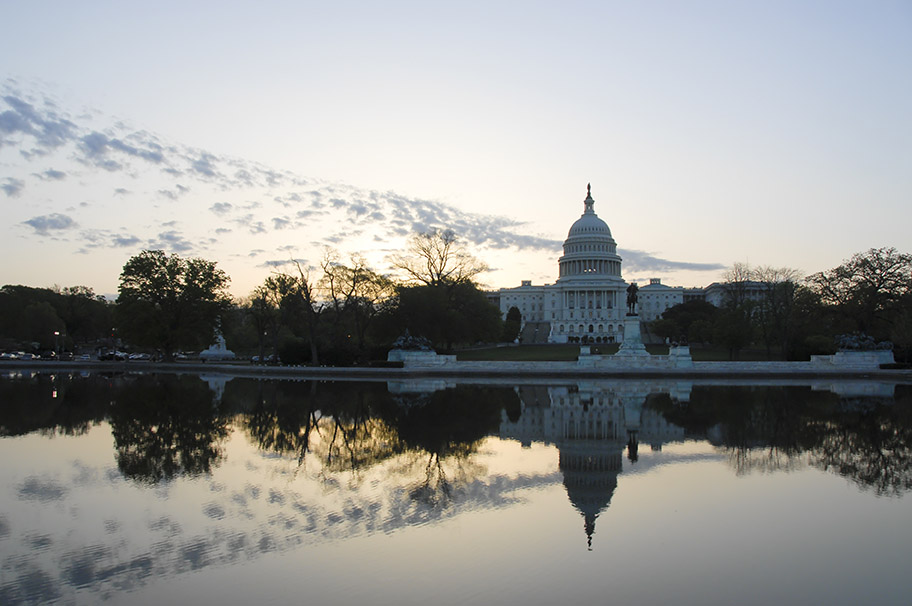 A waste reduction and recycling advancement bill was introduced in Congress. Meanwhile, dozens of members of Congress recently called on federal agencies to play a deeper role in enhancing the recycling system around the U.S.

The activity comes amid a major market upheaval forcing changes in recycling programs across the country, as well as rising public concern over the environmental impacts of marine plastic pollution.

The recent flurry of Congressional recycling activity got its start on July 12, when nearly four dozen lawmakers signed letters to the U.S. Department of Commerce and the U.S. EPA, querying the agencies on their activity related to national recycling challenges.

“As the federal government flounders trying to find a solution to our nation’s recycling challenges, municipal leaders in my district and across the country are having to bear the burden,” Stevens said in a statement.

In a letter to Commerce Secretary Wilbur Ross, the lawmakers referenced China’s import restrictions and described the significant decrease in exports of recyclables, particularly plastics, to China over the past year and a half. The letter points out that the Department of Commerce is mandated by the Resource Conservation and Recovery Act “to encourage greater commercialization of proven recycling technology as well as stimulate the development of markets for recycled materials in the United States.”

“Considering China’s ‘National Sword’ policy, we are troubled by the lack of mention of recycling as a priority for the Department of Commerce, which is equipped to respond to this growing threat,” the lawmakers wrote.

The letter asks the department to explain what actions it has taken to address the recycling challenges and to explain how the department is advancing the trade of recycled commodities as part of its trade promotion responsibilities.

“Since its inception EPA has recognized the importance and impact of recycling on American prosperity and environmental protection,” the letter reads. “Yet, despite EPA’s work to make recycling in the U.S. a mainstay, the nation’s capacity to recycle goods at the local level is vastly inadequate.”

The letter asks whether the EPA has developed a national strategy in response to China’s import restrictions, whether the agency is working with the Department of Commerce to create a more resilient recycling system, how the EPA is supporting recycling technology advancement, and more.

Congress “seeks assurances from the agency today that a national plan has been developed to manage this emerging crisis,” the letter reads.

The letter to the Department of Commerce was signed by 45 lawmakers in all, and the EPA letter received 47 signatures.

In their letter to the EPA, lawmakers said “targeted investments in local recycling programs to enhance recycling infrastructure” and technology is key to solving the current challenges. Legislation introduced last week establishes a framework to enable such investments.

Rep. Ilhan Omar, D-Minn., on July 25 introduced the Zero Waste Act, which creates federal grants to support municipalities in recycling and waste reduction efforts. The program would be carried out by the U.S. EPA and would be funded with up to $250 million from 2020 through 2027, according to the bill text.

The bill text indicates investments would focus on several key initiatives, including “creating demand for sorted recyclable commodities and refurbished goods and promoting domestically-owned and operated manufacturing for projects relating to source reduction of waste prevention.” Other areas of investment would include projects advancing source reduction, organics processing infrastructure and electronics reuse and recycling.

Shortly after the bill announcement, Omar hosted a discussion with the Global Alliance for Incinerator Alternatives (GAIA), which supports the bill. Omar expanded on the impetus behind the bill. She explained there are municipalities already advancing zero waste initiatives, including the city of Minneapolis, which is supporting the bill.

During her discussion with Omar, Denise Patel of GAIA pointed to the Chinese import ban as contributing to the need for an increased focus on proper recycling in the U.S. Omar and Patel also touched on the role that national policy can fill in what is often considered an “individual” activity (for example, the idea that it’s up to the consumer to choose reusable serviceware).

The Zero Waste Act was introduced shortly after Sen. Tom Udall, D-N.M., and U.S. Rep. Alan Lowenthal, D-Calif., separately released an outline of legislation that will propose a number of sweeping policy changes to address plastic waste in particular.

The moves to address recycling challenges on a national level come as public attention is rising around waste and recycling issues, particularly on the plastics front. Beyond the increase in public awareness that has emerged due to widespread media coverage of China’s ban on importing certain recyclables, multiple recent developments have built up even more pressure.

The Intercept published a lengthy report examining the plastics industry and recycling efforts. The article, “Waste Only: How the Plastics Industry Is Fighting to Keep Polluting the World,” accused virgin plastics producers of contributing to plastics pollution.

The report also described plastics recycling as “pretty much already dead,” despite virgin plastics producers’ efforts to promote recycling as a way of avoiding “meaningful efforts to reduce plastic waste.”

The more than 9,000-word article was cited by Udall in describing the need for his upcoming bill. The article has been widely shared on social media, frequently as an example of recycling being shown to be a failed effort.

Then, last week, environmental advocacy group Greenpeace announced that Coca-Cola and PepsiCo recently left the Plastics Industry Association. A Coca-Cola spokesperson told Plastics News the beverage distributor “withdrew earlier this year as a result of positions the organization was taking that were not fully consistent with our commitments and goals.”

This development was picked up in a handful of mainstream media outlets, including CNBC, CNN and Newsweek.

In a statement to Plastics Recycling Update, the Plastics Industry Association said it is aware of the activist campaign to pressure some association members to leave the organization.

“This is unfortunate – consumer brands are integral to making sustainability commitments into realities, by working with their suppliers to make lasting change,” said Patty Long, interim president and CEO of the association. “For example, our members work together to align their efforts to put recycling and sustainability at the forefront of their businesses.”

She said the Plastics Industry Association invites Greenpeace to “help implement meaningful and sustainable advances to improve our environment, such as modernizing and expanding recycling infrastructure.”

A version of this story appeared in Resource Recycling on July 30.