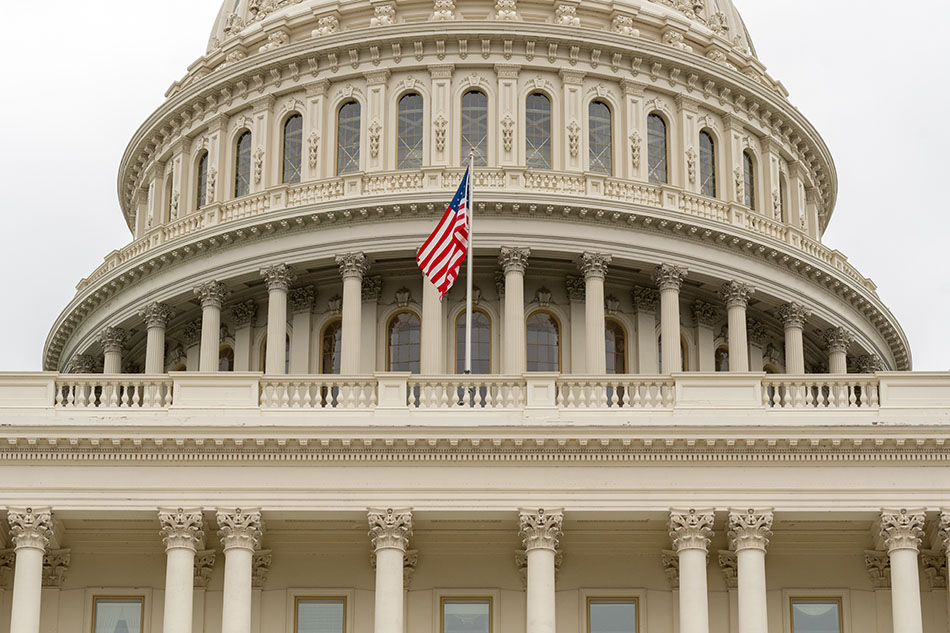 Proposed legislation would include measures to reduce plastic pollution and remove certain single-use products from use. | LLoughran/Shutterstock

Lawmakers are bringing plastics recycling to the federal level with a legislative proposal that includes a national bottle bill and extended producer responsibility.

Some industry leaders and environmental advocates are calling it a significant step forward, even if the proposals themselves don’t pass into law.

“Just the fact that they’re having the discussion about this at a federal level is a good thing, because historically these issues have been handled at the state and local level,” said Steve Alexander, president and CEO of the Association of Plastic Recyclers (APR).

The proposed plan includes measures to increase plastic product recyclability and improve recycling capacity; to reduce plastic pollution and remove certain single-use products from use; and to create a pot of money available for state grants.

The lawmakers are accepting comments on the outline through Aug. 21, and they plan to introduce the legislation during the fall.

Many of the tactics discussed in the outline are commonly proposed at the state level but less frequent on the national stage.

For example, the plan includes extended producer responsibility (EPR) for packaging materials, a framework that would make product manufacturers responsible for managing all stages of collection and processing specified end-of-life packaging materials. This approach has been floated in nine states, but has not seen federal attention for three decades, according to the Product Stewardship Institute (PSI), which advocates on behalf of EPR policies.

“The crisis has been elevated from states and locals to the national level, and requires a comprehensive solution that is not just EPR, but other complementary strategies,” Cassel told Plastics Recycling Update. PSI also issued a statement on the legislation.

The proposal also contains a national container deposit bill, another fairly contentious tactic within the recycling and consumer goods industries. Under the proposal outlined, the deposit would cover not only containers made of plastic, but glass and aluminum as well. Unredeemed deposits would go into a federal pool that could be used to support collection infrastructure.

Bottle bills are frequently praised for increasing collection and generating a clean stream of recycled material. However, they have been opposed by recycling companies that are worried the deposit program removes the most valuable materials from the curbside stream.

Deposits have also historically been opposed by brand owners, but brand feelings about the tactic seem to be evolving. Just this week, Nestlé Waters North America wrote an op-ed calling for expansion and “modernization” of bottle bills throughout New England, rather than repealing the programs. The company told Plastics Recycling Update it is reviewing the proposal from Udall and Lowenthal but declined to offer further comments.

“The draft proposal by Sen. Udall and Rep. Lowenthal illustrates the evolution and elevation of these issues to the national stage,” Cassel said. “It also avoids a government bailout, which is what industry has sought in the past.”

For some in the industry, at this point the specifics may be less important than the dialogue spurred by the legislation. Alexander of APR noted that “they’ve thrown everything in there,” including initiatives industry experts think would be positive and ideas experts know would not work. (Disclosure: APR owns Resource Recycling, Inc., publisher of Plastics Recycling Update.)

For example, uniform collection and recycling standards are frequently promoted by those in the recycling industry, as are recycled-content requirements and packaging recyclability mandates. Other sectors of the industry may want to avoid including too many mandates in any federal legislation.

Still, Alexander said, it’s “really too early to get hung up on one specific proposal,” explaining that the legislation will likely spur some critical discussions on priorities for improving recycling.

“We look forward to having that discussion, because by and large, the discussion is needed,” Alexander said.

For APR, the biggest priority is clear: In order to deliver the types and volumes of recycled material brand owners are asking for, recycling infrastructure is the most important area to tackle.

“If there was one thing that could come out of this, it would be a focus on really updating not only the collection process in this country but also the sortation infrastructure in this country,” Alexander said.

Both the American Chemistry Council and the Plastics Industry Association pointed to the Save Our Seas 2.0 Act, introduced earlier this year, as an example of a federal proposal they support.

That legislation includes a number of incentive programs and grant opportunities, and it would kick off a great deal of additional research on plastic pollution and barriers to greater recycling. It does not include the mandates and specific policy changes contained within the outline from Udall and Lowenthal.

“Senator Udall’s outline contains a collection of several policy options that have been tried in cities and states around the country that do not address the root causes of marine debris,” Scott DeFife, vice president of government affairs for the Plastics Industry Association, noted in a statement to Plastics Recycling Update. “Domestic U.S. bans of otherwise completely recyclable materials do not address global litter or waste management issues, which is why we are also working to support investments in recovery and recycling infrastructure so that no plastic material ends up in the environment.”

The American Chemistry Council reiterated its goal of making all plastic packaging in the U.S. recyclable or recoverable by 2030 and for all plastic packaging to be reused, recycled or recovered by 2040. The organization also pointed to the Alliance to End Plastic Waste, the $1.5 billion commitment by brand owners, plastics producers and other stakeholders to increase recycling and reduce plastic pollution.

“America’s plastics makers are partnering with government, scientists and nonprofit organizations to develop solutions to help end plastic waste, such as by designing new products for greater recyclability, and by increasing technologies and systems to collect and repurpose more of our plastic resources,” the organization stated.