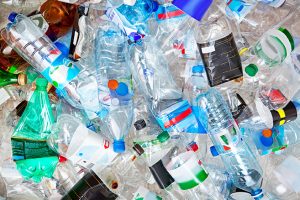 Recycling stakeholders are pushing back against a container deposit expansion proposal in New York state, stating it will injure recycling programs when they’re already struggling with a down market.

The expansion would bring in “sports drinks, energy drinks, fruit and vegetable beverages and ready-to-drink teas and coffee,” according to the announcement. The expansion was included in the governor’s budget proposal, released Jan. 15. Legislative committees are currently holding hearings on the budget, which is supposed to be passed before the next fiscal year begins on April 1.

But some recycling stakeholders, including the state’s recycling association and the processor handling New York City’s recyclables, see the proposal in a different light. Although they continue to call for expanding the bottle bill to include additional glass bottles, they are voicing concern with adding more plastic and metal containers.

“Redirecting this material into the deposit system will remove this revenue stream from New York State’s curbside recycling programs at a time when it is most desperately needed by local municipal recycling programs,” wrote Kelli Timbrook, president of the New York State Association for Reduction, Reuse and Recycling (NYSAR), in Jan. 29 testimony to state legislators.

Both proponents and opponents of the expansion cite the market disruptions caused by China’s import policies in their arguments. Supporters point to the bottle bill expansion as one of several improvements that can help improve New York recycling amid the industry-wide strife.

“To respond to the global recycling crisis and address issues related to contamination of recycled materials, we propose to expand the Bottle Bill to make most non-alcoholic beverage containers eligible for a five-cent redemption … ,” wrote Basil Seggos, commissioner for the New York State Department of Environmental Conservation (NYSDEC), in testimony before lawmakers.

Asked about the impact to the recycling market during the Jan. 23 hearing, Seggos said that “ultimately it will help them, because right now on the  municipal side they’re dealing with a waste stream that’s subject to a very significant global crisis right now.”

He noted that markets for plastics, paper and metals have been disrupted by China’s import restrictions. “What we’re trying to do is bring a clean flow of recyclable materials into an appropriate source and have those well-recycled,” he said.

But in New York, opponents of the expansion foresee harm to the recycling industry. NYSAR said the materials targeted by the expansion represent an estimated $10 million in commodity value statewide. That is revenue that companies and programs currently handling those materials will no longer see if the containers are added to the deposit program, opponents contend.

According to NYSAR, that $10 million impact would come on top of an estimated $42 million in increased costs to recycling companies and programs brought on by the current market downturn. If lawmakers decide to expand the law  to cover additional plastic and metal containers, NYSAR asks that they also reimburse local recycling programs with a $10 million pot of money to offset the financial impact. The group also asked that lawmakers allocate $42 million in the state budget to disburse to municipal recycling programs struggling with the current market.

In New York City, the deposit program expansion would cover 60 percent of all PET bottles and 25 percent of aluminum cans not yet covered, according to Sims Municipal Recycling, which handles all of the city’s recyclables. The proposal would also target several types of HDPE containers, which Sims identifies as the most valuable plastic in the curbside mix.

“These are all commodities of critical value to the curbside program,” said Tom Outerbridge, manager of Sims Municipal Recycling, in a statement to Resource Recycling.

“It is not possible to redirect this material into the deposit system and remove this revenue stream from the curbside program without impacting its financial viability,” Outerbridge said. “Similar, proportional impacts can be expected for municipal recycling programs across the state.”

Outerbridge added that the container deposit expansion “is being looked at in a vacuum, as though every redeemed bottle is taken from a landfill or the ocean.”

“The value of this material is a significant foundation of the economic investment made in building our recycling infrastructure and helps pay for these programs,” the paper states, explaining that New York City’s recycling program alone would lose $4 million annually in commodity revenue. “This expansion could blow a hole in many municipal budgets while they struggle to keep recycling afloat.”

The proposal has received support from a wide range of environmental groups, including Citizens Campaign for the Environment, The Nature Conservancy, Environmental Advocates of New York, the New York League of Conservation Voters and the New York Public Interest Research Group.

Some of the proponents also asked that the expansion bring wine and spirits into the program as well, a concept for which NYSAR, Outerbridge and the policy paper all cite strong recycling industry support. They point to frequent recycling operator complaints about glass damaging MRF equipment and contaminating other materials.

Although Cuomo’s announcement explains that he has directed the NYSDEC to research that possibility, Seggos, the department head, noted the current proposal stops short of adding glass liquor and wine bottles.

“While they need to be dealt with, probably within the bottle bill process within the next few years, we need to study exactly how to bring them into the fold,” he said.