The economic argument for expanding a deposit program 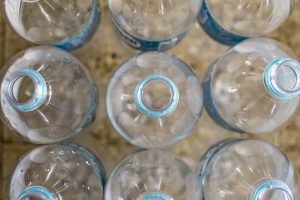 Experts say a deposit system for non-alcoholic beverage containers would complement a Canadian province’s curbside recycling system, by cutting costs and increasing the volume of material recycled each year.

Eunomia Research & Consulting on June 13 published its research into how an expanded deposit would mesh with the Blue Box curbside recycling program in Ontario.

The report, titled “Better Together,” was commissioned by the Reloop Platform, a network of various recycling stakeholders with a European focus.

Specifically, the report sought to examine whether some of the most cited concerns about deposit programs would come to fruition if more containers were brought into Ontario’s deposit return system, which currently includes alcoholic beverages.

“For decades, the most vocal opponents of deposit programs have cited the high cost of such programs,” wrote Clarissa Morawski, managing director of Reloop, in the introduction to the report. “Another common argument is that deposit systems will take the value out of curbside recycling systems and make them economically unsustainable.”

But the report found quite the opposite. The study estimates a deposit for non-alcoholic beverage containers would cost 34 million Canadian dollars ($25.4 million) per year to implement, but that doing so would generate a net $9 million savings for Ontario’s recycling system, provided the move is combined with the existing Blue Box curbside recycling program.

Specifically, the study says the deposit expansion would cut overall processing costs for recycling operators from $234 per metric ton to $201 per metric ton, and would increase Ontario’s packaging recycling rate from the current 65% to an estimated 74%.

The benefits would come from several key areas, according to the report. For instance, with less material coming through the curbside stream, the program could cut collection frequency, generating a cost savings. The deposit expansion would also bring in an additional 130,000 short tons of material and raise the capture rate for all beverages sold to 90%, according to the report.

The deposit expansion would also allow the curbside program to put resources toward targeting additional streams, as it “creates space for packaging material that is not currently being captured,” according to the report.

A version of this story appeared in Resource Recycling on June 18.