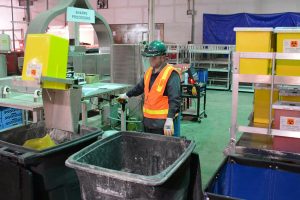 Biopharmaceutical production scrap consists of different polymers, multi-layer films and some hazardous materials. A recycling program is demonstrating that this tough-to-tackle stream doesn’t have to be destined for disposal.

The approach wasn’t safe or cost-effective, and it couldn’t provide the volumes the recycling vendor needed.

“Obviously, if we were to roll out a program like that, the cost of that would have outweighed the benefits and we would not have been able to maintain it,” Ignacio said. 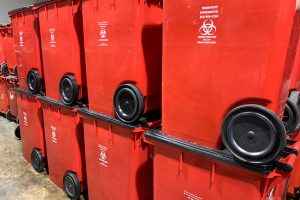 The company found a solution in partnering with Triumvirate Environmental, a Somerville, Mass.-based company that provides collection and disposal of dangerous chemicals and bio-hazardous waste. Triumvirate was already handling hazardous waste for MilliporeSigma when Ignacio issued a request for proposals on diverting single-use plastics.

The companies collaborated to develop the Biopharma Recycling Program, which launched in 2015. Through the program, commingled plastics – almost all polyolefins – are recycled into various grades of plastic lumber.

“We do feel like we need to have skin in the game,” she said.

The single-use plastics consist of PE, HDPE, LDPE, and PP, although the bioreactor bags have multi-material films with a layer of nylon 6. Some of the stream is considered hazardous and some is not, Ignacio explained.

The material that’s not considered hazardous heads to the Jeannette facility’s Plant No. 2, where it’s first shredded, Ignacio explained. Then, ferrous and nonferrous metals are removed with a magnet and eddy current separator. After that, a float-sink tank is sometimes used, depending on the composition of the feedstock and the desired grade of plastic lumber. The tank helps increase the percentage of PE and PP in the mix; it also helps remove residual diatomaceous earth, a siliceous sedimentary rock crumbled into a powder, which can clog up the recycling system. 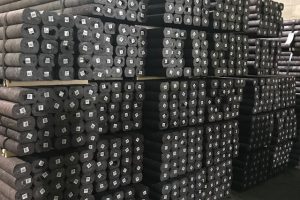 The bio-hazardous feedstock goes to Plant No. 1, where a machine provided by New Jersey company Positive Impact Waste Solutions (PIWS) sterilizes it with a proprietary dry chemical mixture and grinds it. The sterilized flakes are then mixed into material in Plant No. 2.

Made without any virgin plastic, Triumvirate’s industrial-grade lumber product is sold under the BestPLUS brand. Available in multiple sizes and colors, the lumber is used in landscaping, concrete forming and shoring, pallets, picnic tables and other applications. Triumvirate also uses the plastic to make a shipping pallet, which biopharmaceutical manufacturers use to reduce the risk of contamination brought into their facilities by wooden pallets, Ignacio said.

“Scaling this in the immediate future is not something we’re going to be able to do right away, so I’ve been looking for alternative technologies,” she said.

Among those is depolymerization, which break plastic down to its monomers. The issue there is the feedstock still needs to be sorted and prepared, Ignacio said.

Her company is also looking for outlets for select items, including reactor bags and multi-layer films, which are considered the most difficult to recycle but still make up a good percentage of the material stream.