Quinn was recently hired as a managing director at Closed Loop Partners and will work across the group’s range of initiatives. But much of her time will be geared toward the development of a new arm of the organization, a private equity vehicle called Closed Loop Leadership.

“There, we’re looking at taking major positions in companies, or acquisitions,” said Quinn, who joined Closed Loop Partners at the beginning of October.

“We invest in material science companies, recycling companies and technologies, and sustainable packaging and consumer goods companies,” Croke said in an email.

Quinn holds leadership roles with the Institute of Scrap Recycling Industries’ Plastics Division and MRF Council, and she has served on the board of the Association of Plastic Recyclers. 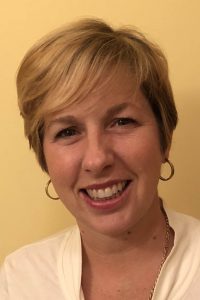 Career shifts are nothing new for Quinn, a former television producer who was introduced to the recycling industry in 2002 when she was pitched an idea for a documentary on the flow of recovered materials.

She never did that segment, but she did eventually find herself helping to manage New York City recycling operations – first at Sprint Recycling and then Sims.

At Sims, she worked to develop plans to respond to fluctuating markets. She was there when China enacted its Green Fence policy in 2013, clamping down on recovered material imports. At that time, she began receiving frequent calls from private capital firms interested in the recycling sector.

“Most of these investment companies that were calling were private equity, not really knowing anything about the industry,” she said. She started to realize those companies needed someone who can share a deeper knowledge of the industry and guide finding strategies.

Now, five years later and with the industry flung into another China-based market disruption, bridging the gap between investment money and recycling infrastructure development seems even more important.

“This is the time to be on the ground floor,” she said.

When Quinn got into the industry, she was mainly focused on the paper side, but at Sims she has been increasingly involved on plastics. That’s given her an interesting perspective on the global markets shift.

“What I’ve seen is that the finger pointing kind of went to the plastics, to say that plastics are the problem,” she said.

But, Quinn pointed out, much of the concern in terms of MRF revenue is centered on mixed paper. That commodity has traditionally been a major component of the municipal recycling stream and mixed paper prices have fallen to less than $5 a ton. Bales of PET, in comparison, still sell for between $300 and $400 per ton.

And mixed plastics, while certainly impacted by National Sword, remain an opportunity, according to Quinn. She pointed to her experience at Sims after Green Fence hit: Bales of plastics Nos. 3-7 were difficult to move, so Sims altered its optical sorters and started separating out polypropylene (no. 5).

“It was “kind of like a light went off,” Quinn said. “We saw how much value was there.”

In the current market, Quinn said, many communities are limiting the materials they collect, particularly on the plastics side, often dialing collection back to just PET and HDPE on the plastics side. But she said MRFs that produce a PP bale have little trouble moving that material.

What’s more, reclaimers often report they are unable to get enough recovered plastic to meet their demand, she said. All those factors are opening opportunities for leveraging investment dollars.

“The biggest detriment to the industry right now is getting the supply from the curbside,” she said. “Most of it is going to the landfill right now, the plastics.”

Closed Loop Partners has been evolving and now has several investment arms under the parent organization. Each targets a different stage of recycling infrastructure and advancement, Quinn explained.

The Closed Loop Fund, which provides zero-interest loans for municipalities and below-market-rate loans for private companies, has been perhaps the most visible division of Closed Loop Partners to industry stakeholders thus far. The fund has supported Momentum Recycling in Colorado, QRS of Maryland, Scott County in Iowa and more.

Then there’s the Center for Circular Economy, which is “essentially an incubator for ideas,” Quinn explained. This is where research projects such as the NextGen Cup effort, which is looking at ways to modify single-use fiber cups and increase their recyclability, are housed.

Closed Loop Ventures, meanwhile, gives seed money for innovators. Hypothetically, this division could be used to provide seed money to scale up an idea hatched in the Center for Circular Economy. This venture capital firm has funded projects such as AMP Robotics and Curb My Clutter.

And Closed Loop Leadership is the newer project that Quinn will help push forward.

Given her experience marketing materials throughout Green Fence and National Sword, Quinn is very familiar with the challenges facing materials recovery today. But despite those difficulties, she said she is “absolutely” optimistic about the future of this industry.

“There’s such a huge opportunity for us to change the dynamics of the industry and keep things domestic,” Quinn said. “And I think that’s why you don’t see people running away from the industry. Everyone that’s still around, that survived, realizes they might have a couple years of a hard time but they know on the other side of that it’s going to be a whole different landscape.”