MRF of the Moment: Upgrades allow switch to single-stream in Quad Cities 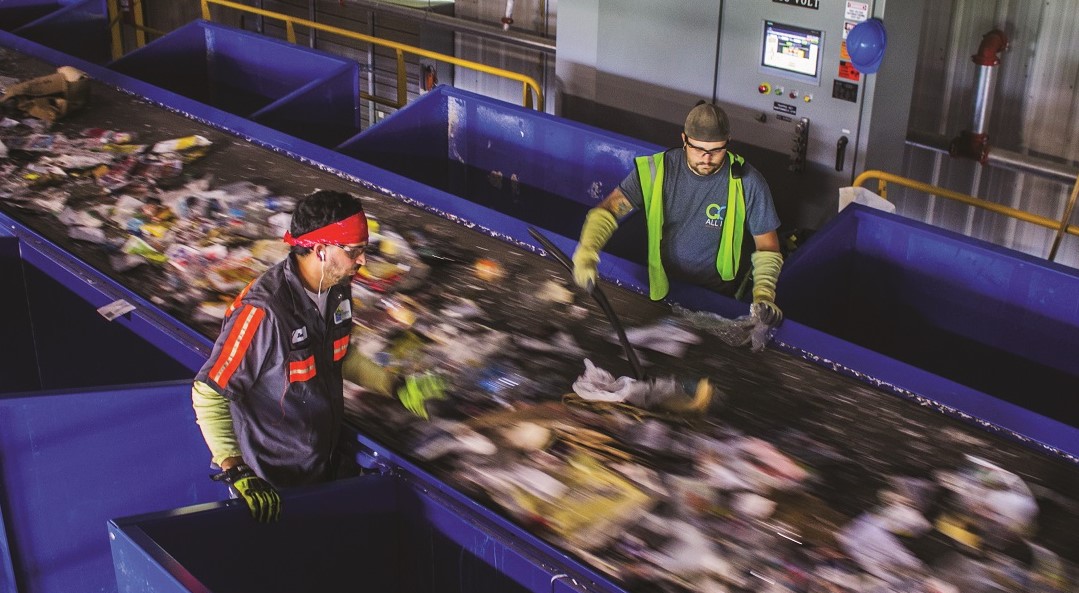 The Waste Commission of Scott County held a ribbon cutting ceremony on Thursday, July 28 for its newly reopened materials recovery facility (MRF) in Davenport. The commission is calling the new single-stream collection program, which began Aug. 1, “Go All In.”

“We are thrilled to open our doors and showcase the new facility and recycling program with our partners,” Kathy Morris, director of the commission, stated in a press release.

The transition was made possible by $7.7 million in facility and equipment upgrades at the Scott Area Recycling Center and $2.7 million for carts for residents of Davenport and Bettendorf.

The project received financing from the Closed Loop Fund, an industry-funded group providing zero- and low-interest loans to boost recycling infrastructure in the U.S. The Closed Loop Fund financed the project to benefit the Quad Cities area, with its largest cities consisting of Davenport, Iowa; Moline, Ill.; Rock Island, Ill.; and Bettendorf, Iowa. It was one of the organization’s first investments.

According to Davenport City Council documents, the Closed Loop Fund provided the commission with a 10-year, no-interest loan of more than $2.7 million to purchase 48,500 carts. Scott County government, on behalf of the commission, issued bonds for up to $9 million to finance the remainder of the project.

The Scott County MRF, which is owned and operated by the commission, had been closed since October 2015 for construction. Carts were delivered to households in June and July.

After the switch to single-stream, the recycling program will include additional materials not previously accepted, such as a wider variety of plastics as well as carton and canisters holding chips, nuts and other foods.

The commission and its partners started the first municipal recycling program in the Quad Cities in 1995.