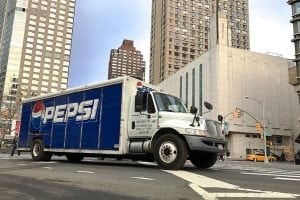 The beverage giant announced today it will provide the nonprofit recycling group with $10 million, which will be allocated at $2 million per year over five years, according to PepsiCo. It will be spent in two areas: increasing access to recycling and improving recycling programs through education.

The Recycling Partnership works to leverage corporate dollars to bolster the municipal recycling infrastructure. Much of its work to date has focused on bringing curbside carts to collection programs across America.

PepsiCo and The Recycling Partnership are hoping the new effort, titled All In On Recycling, will bring in other companies to raise $25 million total. With that full amount, the initiative would help roughly 2,800 communities around the country, and it would generate 1.9 million tons of recyclables during the next five years, a press release stated. That includes an estimated 7 billion bottles and cans. According to PepsiCo, the communities that participate in the initiative would bring an estimated additional $75 million in municipal funding.