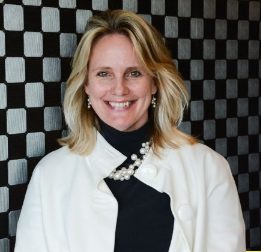 A beverage giant wants to increase recycling rates so it can use more recycled content in its packaging, and the company recently joined The Recycling Partnership to further push toward that goal.

The move from PepsiCo comes less than a year after the company set new sustainability goals, two of which are packaging-specific and will require increased collection infrastructure. Setting those benchmarks “catalyzed” the company’s decision to join The Recycling Partnership, Roberta Barbieri, PepsiCo’s vice president for global water and environmental solutions, said in an interview this week.

“When one looks at the U.S. market for a partner that can help increase recycling rates, The Recycling Partnership really pops to the top,” Barbieri said.

The Recycling Partnership can help solve one of the problems PepsiCo faces: constricted high-quality rPET availability, she said. The food and beverage company already operates its PepsiCo Recycling Program, which aims to capture for recycling PET bottles generated on campuses and at sports venues, but it is looking to further increase supply.

Plastics Recycling Update talked with Barbieri to learn more about the company’s $100,000 annual membership in The Recycling Partnership and to catch up on other hot-button issues, including packaging design, recovery of flexible film snack packaging, container deposits and bio-derived resins.

How did The Recycling Partnership come onto PepsiCo’s radar?

It’s a well-respected, credible group that has made their reputation through focused work at the municipal level. And where they really differentiate themselves is through their ability to measure results. They do tangible, key performance indicator measurements – that is sometimes unusual in certain organizations – but The Recycling Partnership really does that well.

They’re really a fountain of information on the state of recycling in the U.S. as a result of the very tactical and strategic work that they do. So it’s a well-known organization in our circles, in the sustainability community and recycling community in the U.S.

PepsiCo was a founding member of the Closed Loop Fund and has now joined The Recycling Partnership. Both have a similar model of using funding from private industry to support public sector recycling efforts. What do you see as the strengths of this public/private partnership model?

The Recycling Partnership and the Closed Loop Fund are similar but different. The reason that we are partnering with both is for that difference, more than anything else. The Closed Loop Fund is focused on providing no-interest loans to develop recycling infrastructure, at the MRF level, whereas The Recycling Partnership is focused on providing grants to municipalities to put in curbside recycling, to put bins on the ground at the curbside.

So they’re both infrastructure related, but at a different type of infrastructure. … If you combine the two, it makes for a pretty holistic picture of how to improve some of the pinch points that disable recycling in the U.S. today.

“Our goal on beverage packaging is to eliminate those non-compliant materials, or the materials that inhibit recycling of the larger bottle. We have a roadmap in place to do that over time.”

How do recyclability and recycled content usage play into the packaging design conversations at PepsiCo?

I’ll categorize my remarks between beverage packaging and food packaging.

If I think about the snack or food side of the business, I think primarily about the snacks packaging, the flexible film snacks bags – Lays Potato Chips, for example – which are not recyclable today. One could consider them recoverable, because they can be recovered and burned for energy recovery. However, our program is to move toward biodegradable, compostable materials. We have a couple pilots going on in parts of the world right now on compostable film materials. That’s where our future lies, I think, for us in flexible film snacks.

In March, we made a very significant investment in a company called Danimer to pursue that very topic, biodegradable snack film material.

Will bio-resins play a role in PepsiCo packaging in the future?

I hope so. There’s a tremendous greenhouse gas reduction benefit from bio-resins, and one of our Performance With Purpose [sustainability] goals is to reduce greenhouse gas emissions across our entire value chain … by 20 percent in absolute terms by 2030.

What that means is no matter how much our business grows, we need to reduce our GHG emissions by 20 percent from our 2015 baseline, a very aggressive, daunting target. A move to bio-based PET for our PET bottles would be a hugely impactful GHG reducing effort. So we are exploring bio-based PET as well and my hopes are that it gets to a point of scale. Getting things to scale is really the hard part. Coming up with the ideas is not; it’s getting the ideas to scale that’s difficult.

“If you’re looking for a regulatory system of some kind that generates good volumes of clean material for use in bottle-to-bottle, the bottle bill legislation seems to do that very well. Unfortunately, it does that in the least cost-effective way.”

One packaging trend we’ve seen is continued lightweighting of products, including PET bottles. Some experts are saying lightweighting has reached its limits. Where do you see that going in the future?

Lightweighting has been a part of the company’s design for years, and I’d hazard a guess that’s probably true for most companies, simply because it’s a cost savings.

One of the things that has occurred is the lighter and thinner the PET bottle gets, the more need for a barrier material that you need to keep the carbonation in and the activation out. Some of those barrier materials are now becoming problematic in the recycling stream. There are some that cause yellowing of the recycled PET resin that makes it unsuitable for bottle-to-bottle reuse. So while the barrier materials may have allowed for lighter-weight bottles, they’re now actually preventing or impairing the recyclability for bottle-to-bottle use later in life. So that’s a little bit of a trade-off. We’re working on that problem now. There are solutions to it.

There’s always opportunities for lightweighting and we continue to find them. If you ask me how that fits into GHG reduction tactics, it’s a small, small one, because we have done so much lightweighting in the past. It does reduce the potential for more in the future, but that’s an ongoing journey.

Where does PepsiCo stand on container deposit systems?

Where I stand on it is, bottle bills, in the 10 U.S. states that have them, provide a very clean source of PET, and they do for glass as well, in a way that single-stream recycling does not. So if you’re looking for a regulatory system of some kind that generates good volumes of clean material for use in bottle-to-bottle, the bottle bill legislation seems to do that very well.

Unfortunately, it does that in the least cost-effective way. Those systems are very cost intensive, not cost effective. You see what’s happening in California, where their system is really in the red in a very serious way – it’s kind of imploding.

Economically, it’s not a very attractive element. The other options are more classic extended producer responsibility systems that you see in many of the provinces of Canada, across Europe and in parts of the rest of the world. They all seem to be individually unique animals. Some are more cost efficient and generate higher rates of recovery than others. British Columbia seems to have a really well-run EPR system that’s both relatively cost efficient and resulting in high recovery rates.

I think there clearly is a place for these systems. We would like to see systems run that are the most cost efficient and effective as they can be.